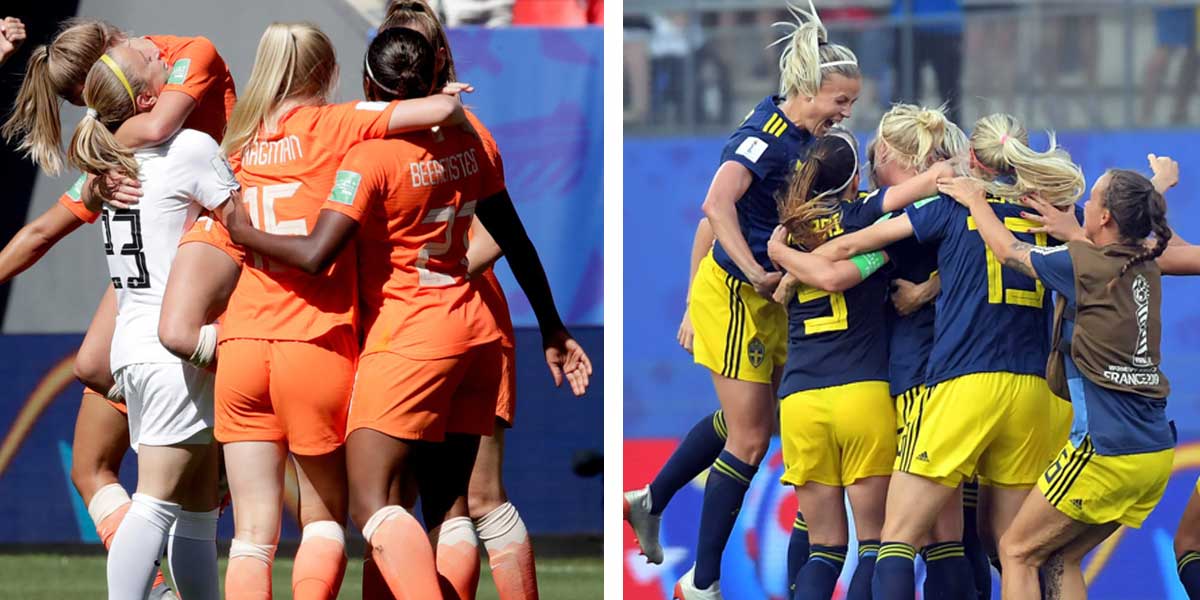 Tallahassee, Fla. – The Americans have qualified for the FIFA Women’s 2019 World Cup Final but their opponent is still to be determined.

Of all entrants in this international tournament, only the Netherlands and Sweden remain, and they will battle it out for the last Finals’ position on Wednesday, July 3.

The offensive-minded Dutch team is favored to be leading at full time (+135) while the defensive-minded Swedes come in second (+205) followed by a draw result (+225).

They have posted an undefeated 5-0 record during this year’s World Cup and looks to make Sweden their sixth victory.

Sweden, who only has lost to the USWNT, fears no one after knocking off the World Number 2 in Team Germany. Their team-defense mindset leads to eventual breaks that they often take advantage of.

With these two contrasting styles coming together, it would be no surprise to see a high scoring affair or brutal battle going to whoever can sink a goal first.

USAOnlineSportsbooks sees taking the Netherlands as the best option, as the oddsmakers are leaning heavily towards a Dutch victory. 80% of the goals the Netherlands has scored have come in the second half and six of the last eight have come from set pieces. With this, the first six options for ‘who will score the first goal’ all involve ladies from the Dutch side without one mention of a Swedish player:

Be sure not to miss the action at it unfolds in France on Wednesday, July 3 at 3 PM EST. Viewing options are available by stream on the FOX Sports app as well as by TV on FS1, NBC Sports Network, and Telemundo.