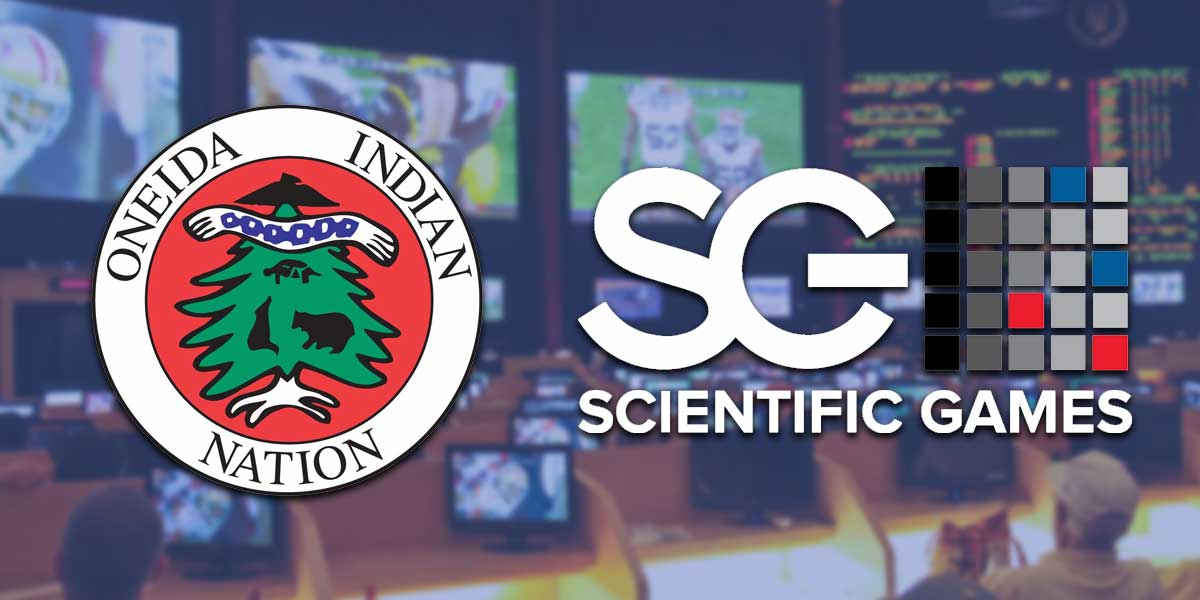 NEW YORK – Scientific Games has entered into an agreement to provide sports wagering services for the Oneida Indian Nation at their three New York casino venues.

The venues in question are the Turning Stone Resort Casino, the Yellow Brick Road Casino, and the Point Place Casino.

While sports wagering is not yet technically available to bettors in the New York marketplace, it’s only a matter of time until the industry launches.

The state legalized sports betting in 2013, though only four upstate commercial casinos are currently authorized to offer the product (which is pending launch). Meanwhile, the New York State Assembly has advanced legislation that would expand sports betting’s reach considerably.

A 6113 would legalize online-based sports wagering and give New York tribes the ability to offer their own sportsbooks.

The deal between the Oneida tribe and Scientific Games is strictly contingent on the above (or similar) legislation becoming law. Should that happen, Scientific Games would be positioned to offer sports wagering on behalf of the Oneida Nation immediately.

The partnership received the blessing of the National Indian Gaming Commission (NIGC). It is the first such union to receive the group’s approval, nationwide.

“We are proud that we will be among the first Indian nations nationally to offer sports betting… Our partnership with Scientific Games and SG Digital will give our guests an incredible sports betting experience while providing our properties a strong foundation to grow this market in New York.”

Scientific Games executive Jordan Levin is on the same page.

“Being part of the first sports betting partnership to receive a favourable NIGC determination is a significant milestone… We look forward to implementing our OpenSports solution for Oneida as we gear up for expansion into New York.”

USAOnlineSportsbooks.com thinks that should A 6113 pass into law this year, Scientific Games’ expertise could allow the three Oneida properties to have their sportsbooks up and running by the start of the NFL season in September.