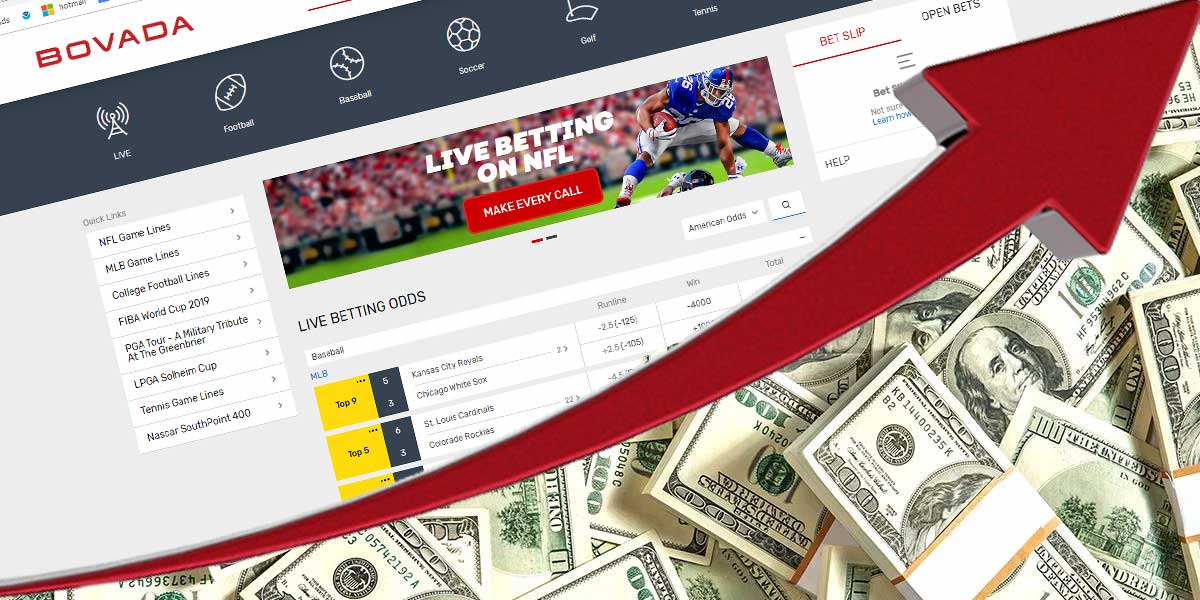 NEW YORK - Both FanDuel and DraftKings reported better opening NFL season numbers than last year’s start, attributing the increase to the introduction of the topic of sports betting legalization to the nation. FanDuel had twelve times the number of wagers on the NFL than they did last year at the same time. DraftKings also experienced similar spikes in traffic and overall wagers.

The first official game for the NFL on September 5 saw DraftKings with over 300 thousand visitors to their sportsbook site. FanDuel had over a half a million customers on their website that day, exceeding expectations. Both companies also had a 65% higher than normal average for website traffic in the days leading up to the game.

It is widely known that football is the most popular sport to wager on for anyone that is a sports bettor. A study done by the American Gaming Association found that 15% of American bettors would be placing a wager on at least one game during the NFL season.

Both of these sportsbooks reporting increases operate out of New Jersey with FanDuel leading in revenue. This past July they had $9.1 million in wagers placed at their sportsbook in the Meadowlands, up over $8 million from last year. DraftKings Sportsbook at the Resorts Casino Hotel in Atlantic City reported $3.7 million for July while having nothing to report from the previous year.

"Over time people have been finding out how much more fun it is, how much more exciting the game is to have a bet on it," said Jamie Shea, for DraftKings digital sportsbook.

While the numbers have increased tremendously for each of these operations, they now have to worry about outside competition from brick and mortar casinos offering sports betting as well as mobile applications for their businesses. Two of their biggest competitors are MGM Resorts International and Caesars Entertainment Corp.

However, many of FanDuel and DraftKings customers come from the crossover of their original fantasy sports applications. With research showing that over 38 million Americans will be placing wagers on the NFL this year, those in the sports betting world can expect to see some great business this season. Football remains number one for sports wagers followed by basketball and then baseball. The biggest day for US online sportsbooks all over is Super Bowl Sunday, and that says it all.