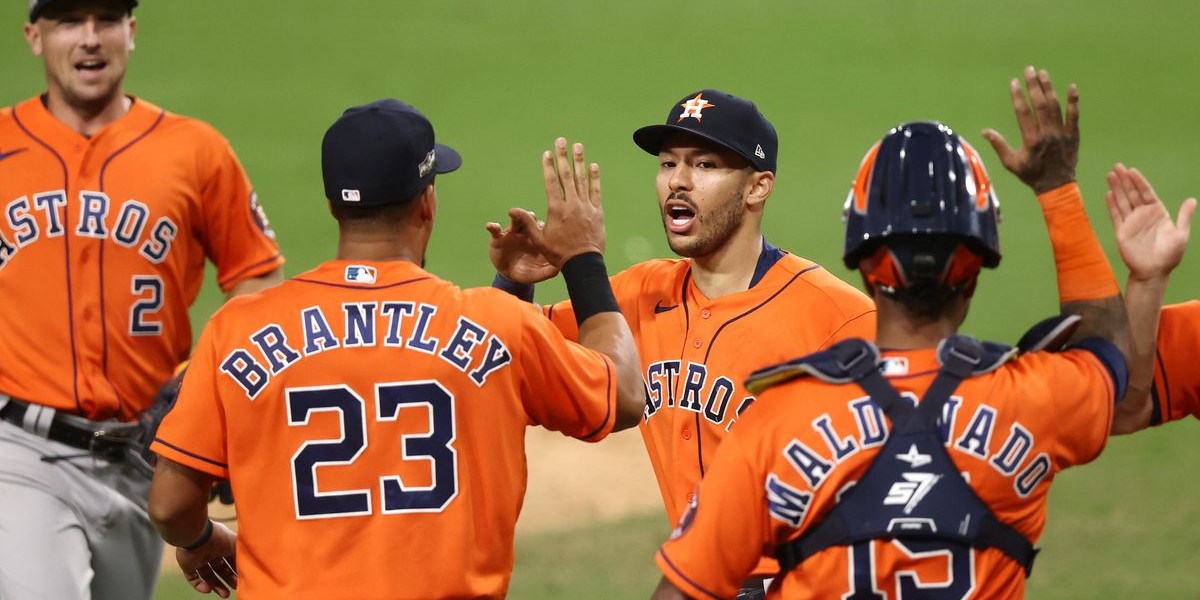 HOUSTON – Sitting down 0-3 against the Tampa Bay Rays, the Houston Astros looked like they were finally getting what they deserved – a beatdown in the playoffs.

However, once +1600 to win the World Series, the Astros did what they do best and came back to win three straight games, tying the ALCS at three games apiece. Now at +325, the Astros are only one game away from making their third appearance to the Super Bowl in four years.

Now regardless of thoughts toward the Astros, the belief of them getting back to the World Series may actually be the best thing for baseball.

There is nothing better in sports than a hated dynasty. Whether looking at the championed New England Patriots, championed LA Lakers, or championed Alabama Crimson Tide, the teams that win at a high level come with more haters than lovers.

Add in the Astros cheating scandal that plagued the MLB offseason before the year started and MLB is looking at potentially one of the biggest storylines to hit the league in the last few years… and the Astros are buying into it!

Good morning to everyone but Tampa Bay, #RaysUp fans & anyone who still isn’t down with the Houston @astros—you don’t deserve them, anyway. Your hate fuels them and will again tonight in Game 7. Hide and watch. (And bow down to the King of Houston, @TeamCJCorrea👑) #ForTheH🔥🤘🏼 pic.twitter.com/DxcfIqNEw4

For those living under a rock, the Houston “Asterisks” were found using cameras and a trash can to signal batters as to what pitch as on the way. This helped them to their 2017 World Series championship – one that many true MLB fans want removed from the record books.

However, history has a funny way of working itself out and despite a few former managers receiving a slap on the wrist punishment, the team itself faced no consequences.

Former Astros pitcher Charlie Morton – the Game 7 ALCS and Game 7 World Series winner for Houston in 2017 – will be taking the mound… but this time for the Rays.

The Astros are the 39th team to be down 0-3 in an MLB playoff series but only the second to tie it up at three games each. Still, with all of the moving pieces coming together, there is nothing better for baseball fans than being motivated by the purity of the sport and hatred of another team.

Game 2 of the ALCS did see the lowest viewership of an LSC game on record; however, this was on a Monday during a doubleheader of Monday Night Football.

Though college sports will rule Saturday’s sports betting slate, don’t be surprised to see Game 7 as a highly viewed and highly contested battle.

The Astros are underdogs at online sportsbooks but that won’t stop them from keeping the contest close. Favored on the run line, the Astros may jump into the World Series after being down 0-3.

Talk about the icing on the cake for all of the haters who wished to see them fail.

The first pitch will be delivered at 8:37 p.m. ET when Charlie Morton (Rays) and Lance McCullers (Astros) take the mound.