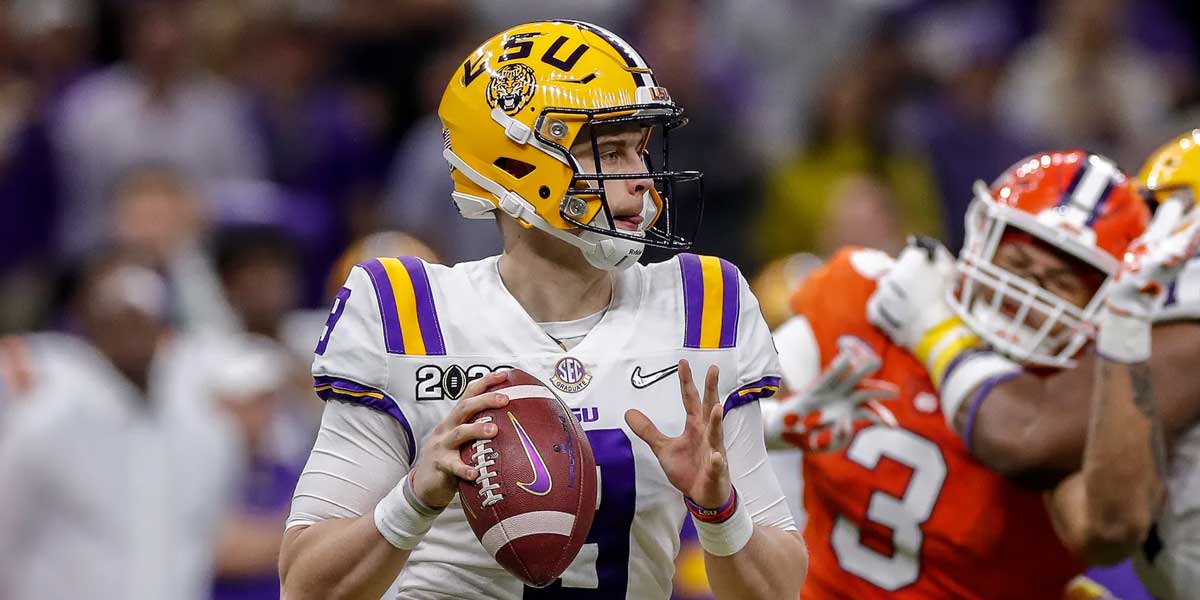 NEW YORK - As the 2020 NFL Draft approaches, the Power 5 conferences are projected to take over the first round of the Draft.

Online sportsbooks have released odds on how many players will come out of each one of these conferences. To no one’s surprise, the SEC has the largest over/under of any conference. But, other conferences are still worth examining as they can be just as profitable.

The total Over/Under for SEC players in the first round is set at 15.5. The odds for the Over bet are -110 while the Under is favored at -130. According to an NFL Mock Draft from USA Today, there are 16 projected players to be drafted from the SEC.

Those players are highlighted by quarterbacks Joe Burrow from LSU and Tua Tagovailoa from Alabama. As long as Nick Saban is the coach at Alabama, people can expect to see multiple first-round talent players every year. Being that LSU is coming off of a National Title, it only makes sense that they have a number of players being drafted as well.

Bettors should feel safe taking the Over bet as the SEC is the most dominating conference in college football and all 16 of the projected players deserve to be in the first round.

The Big 10 Over/Under for first-round players is 5.5. The odds on the Over are -110 while the Under has heavier odds at -130. There are five players that are projected to be selected from the Big 10 in the mock draft. Those five players are highlighted by Chase Young and Jeff Okudah who are both projected top five picks out of Ohio State.

The Over/Under for Big 12 players in the first round is 3.5. Online sportsbooks have the Over bet listed at +125 while the Under is favored at -165. There are three total players projected to come out of the Big 12. Ceedee Lamb from Oklahoma is the highest projected player to be taken from the conference. TCU and Baylor are also projected to have players go in the first round.

Like the Big 10, other than Ceedee Lamb from Oklahoma, the other schools have players that are projected to go late in the first round and could even fall into the second round.

The Over/Under for players drafted in the first round from the ACC is set at 2.5. NFL sportsbooks have the Over bet favored at -250 while the Under bet is set at +170. There are three projected players to be drafted out of the ACC.

Two players from Clemson and one from Louisville. Isaiah Simmons is the highest projected player out of the three as he is in the top five. Coach Dabo Swinney has the same effect that Nick Saban does. As long as Swinney is the coach at Clemson, fans can expect to see multiple first-round talented players come out of Clemson.

Although there are only three players projected to be drafted, bettors can feel safe betting the Over 2.5 mark as all three players are talented enough to go in the first round.

Quarterback Justin Herbert is a sure thing to be drafted in the first round but wideout Brandon Aiyuk is projected late in the first round and could easily fall to the second round. It could be safer to choose the Under bet here.