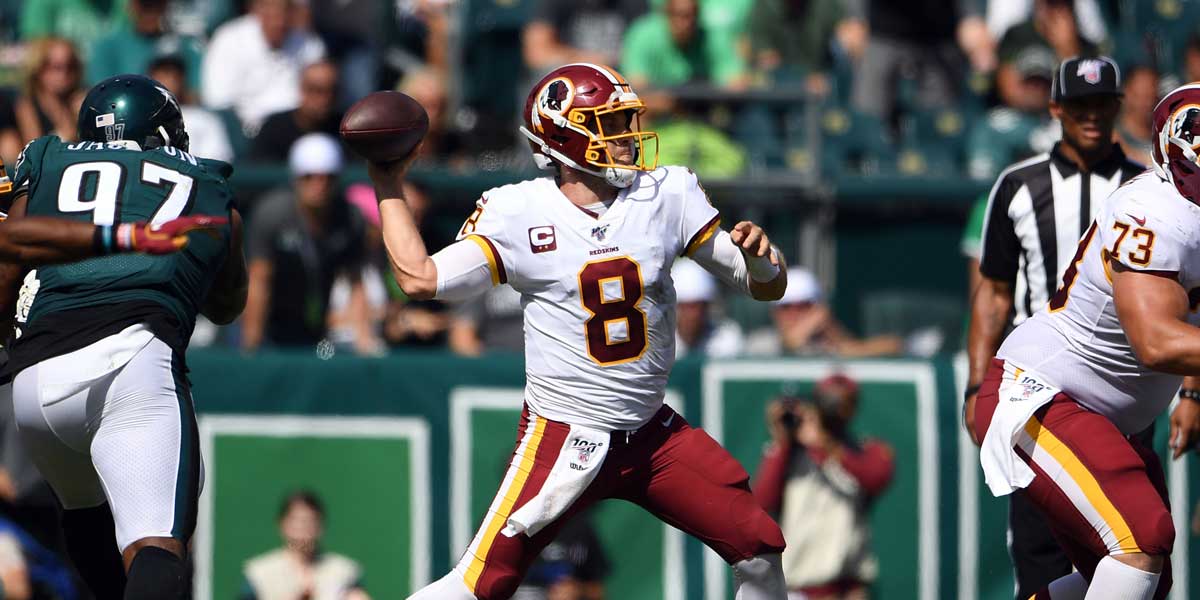 TALLAHASSEE, Fla. – Every Monday, sports bettors and fantasy football players are laughing and gloating at their team’s success or crying at their inevitable mistakes. But the beauty of sports (and sports betting) is that anything can happen.

With this, here are the top five overreactions from Week 1 of the NFL:

1. It’s Time For The Bucs To Move Away From Jameis Winston

The Tampa Bay Buccaneers took a major chance on Jameis Winston this year. They chose not to resign Ryan Fitzpatrick last year in hopes that Winston would learn to lessen his turnovers and remain on the field.

Well, that is looking like a grim situation (not that Fitzpatrick did much better in his first start). Winston turned the ball over three times on interceptions and also fumbled twice, though none were recovered by the San Francisco 49ers. With a 55.6% completion percentage and a QB rating in the mid-forties, this is not the showing the Bucs were hoping for.

Only one athlete, Kirk Cousins, is making more than Jameis this year in player salary. With a $20.9 million price tag to his name, Winston is a 21-34 all-time starter for the Bucs and almost has more interceptions and fumbles (84) than touchdowns (89).

If things don’t turn around for Winston starting Thursday when they face a divisional opponent in the Carolina Panthers (-6.5), the Buccaneers may be looking elsewhere in the near future.

2. Michael Gallup Is The Best Wide Out In Dallas

Michael Gallup is no stranger to big plays. In two years at Colorado State, Gallup brought in 176 catches for 2690 yards and 21 touchdowns. Only starting in eight games last year, the then-rookie didn’t make a name for himself in the NFL until the end of October.

Amari Cooper is also on the Dallas Cowboys roster, which is the easy choice to make for the Cowboy’s best receiver. Cooper posted an expected game (six catches for 106 yards and a score) but it was Gallup that found himself open more often than not.

Gallup took in seven receptions for 158 yards (tied for the 2nd highest of Week 1) and was responsible for five first downs. The deep threat receiver should continue this trend, as he helped the Cowboys move the ball over 20 yards on a play three times during the opener.

The Cowboys (-4.5) take on division-rival Washington Redskins (+4.5) for Week 2… who will Josh Norman line up in front of?

3. Andy Dalton Can Lead The Bengals To A Better Record Than The Browns

No AJ Green, a bruised Joe Mixon, and a handful of wide receivers many have not heard of. Still, Dalton managed to post a weekly high of 418 yards but did so on 51 attempts. His 106.5 QBR was decent enough to keep him in the top-10 for the week, as he took care of the ball throwing zero interceptions.

On the other hand, the Cleveland Browns have all of the talent in the world but were absolutely destroyed by the Tennessee Titans. Being in the same division, their schedules are very similar and we could see the possibility of the Bengals surprising the world while the Browns continue to be the Browns.

4. The Titans Are The Team To Beat In The AFC South

The Indianapolis Colts were the team to beat, but Andrew Luck happened. The Jacksonville Jaguars were trying to become that team, but Nick Foles happened. The Houston Texans have all of the talent in the world, but can they remain on top?

The Titans’ defense only allowed the Browns to get one first down (on ten attempts) during third downs on Sunday. They also stopped both of the Browns 4th down attempts and tied the weekly leaderboard with five sacks on Baker Mayfield. Oh, and they also recorded a safety, as well as a defensive touchdown from one of the three interceptions they were rewarded with.

Assuming the Titans can see performances in a similar realm (as repeating this is highly unlikely), they will be able to control games with their high-powered running attack as well. The Houston Texans (+175 division odds at US online sportsbooks) play on Monday, but as of now, the Titans (+200) are the team to beat in the AFC South.

5. Case Keenum Is A Top 10 Quarterback

This is one of the more realistic and least exaggerated overreactions on the list, even though Keenum did take the loss on Sunday. However, the gunslinger had control of the game, keeping the Washington Redskins ahead of the division rival Philadelphia Eagles for the majority of the game.

Keenum has played for six different teams since he was drafted in 2012 and interestingly, has played 10-16 games for every team he has been a part of. Though he possesses a losing career record (26-29), his overall numbers have seen improvement during the last few years.

His passing yards have increased every year since 2014, his passing touchdowns heavily outnumber his interceptions (67 to 42) and has completed over 300 passes each of the last two years.

Unable to find a home, Keenum is better than a handful of quarterbacks who are paid much more than he is and doesn’t come with any of the drama. His worth is continuing its ascent, and the Redskins (+4.5) will battle another divisional opponent on Sunday in the Dallas Cowboys (-4.5).