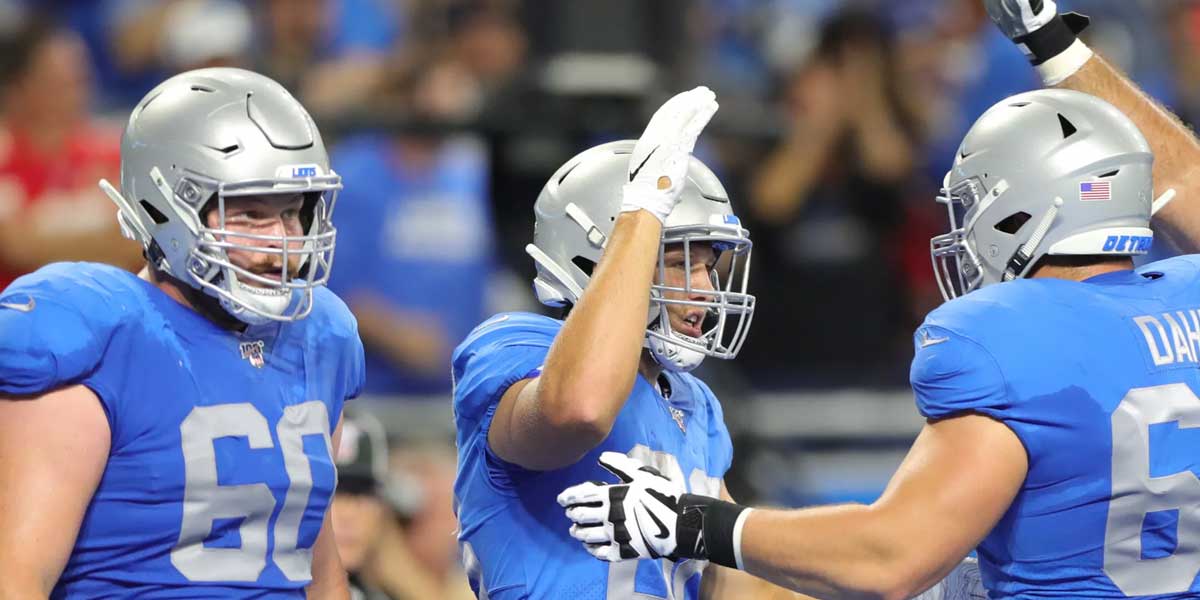 TALLAHASSEE, Fla. – After four weeks of Sunday games, the overreactions are getting bolder. With a quarter of the regular season already finished, different factors like injuries, records, and schedules have certain unexpected teams sitting amongst their divisional best.

Week 4 brought in some excellent games provided by the road teams, as they won 10 of 13 games played before Monday Night Football.

Certain teams excelled, such as the Cleveland Browns over the Baltimore Ravens and the Chicago Bears over the Minnesota Vikings. Divisional races like these are far from over and the overreactions for NFL Week 4 start there.

1. The Detroit Lions Will Win The NFC North

The Lions opened their season with odds to win the NFC North at +900. Now, they sit only slightly lower (+800) after a close defeat against the Kansas City Chiefs.

The team was on the end of an unfortunate goal-line situation that resulted in a mass of confusion, a recovered fumble, and a 100-yard defensive touchdown. The game changed at this moment as the Chiefs took the lead for the first time in the game at 20-13.

With the passing offense of Matthew Stafford, Kenny Golladay, and Marvin Jones Jr., this team is primed for an air-raid style offense that can score in the closing seconds. In fact, they have scored more points than any other team in the NFC North (97 compared to Packers’ 85).

If their offense can remain this productive, especially behind the running capabilities of Kerryon Johnson, they can find a way to win the division. The Lions have yet to play any divisional opponent and already have good wins against the LA Chargers and Philadelphia Eagles earlier on the year.

With a bye week on the schedule for them in Week 5 and two divisional games in the Green Bay Packers and Minnesota Vikings directly after, the time is now for the Lions to take control of the division.

In reality, they have the lowest point differential in the division despite their high-scoring affairs. With a defense as suspect as theirs and proven tough defenses from the other three teams in the division, it will not be an easy road.

The Lions are +800 to win the NFC North and those with any faith on them should hop on those odds now before any potential wins occur in the next two games. The Chicago Bears (+140) are still the favorite, followed by the Green Bay Packers (+165).

2. The LA Rams Will Win The NFC West

Kyler MurrayThe LA Rams are the reigning NFC Champions and are looking to return to the Super Bowl this season. Their beginning has been as expected, sitting at 3-1, but coming off a bad loss to the Tampa Bay Buccaneers.

The Rams had let up 49-points in the three games prior but allowed the Bucs to drop 55 on them in Los Angeles. The Rams still are tied with the Seattle Seahawks for second in the division, but the San Francisco 49ers sit atop the division with a record of 3-0.

Between the Niners’ run game with Kyle Shanahan and Seattle’s experience with Pete Carroll, winning the division for the Rams should not be a smooth path.

Still, Sean McVay has his own accolades in some of the best offenses over the past few seasons. Nothing has changed, as the Rams have scored the fifth-most points in the league, and after a hiccup, their defense should return to normal. When it all comes together, expect the Rams to win their third-straight NFC West title (-125).

In reality, the NFC West has only seen one 3-peat title winner since the NFL realignment in 2002. The Seahawks from 2004-2008 won four in a row but multiple teams since have won two in a row but lost the third.

Besides, Seattle (+350) has made the playoffs in six of the last seven season and has won double-digit games in every one of those playoff-berthing seasons. They will be a struggle for this Rams’ team as well as the Niners (+225).

With Jimmy Garoppolo as a starter, teams are 9-2 and the Niners will look to continue this trend throughout the season.

Either way, only one of the twelve divisional games have been played thus far in the NFC West. The second game will be played on Thursday Night Football when the Rams (EVEN) travel north to take on the Seahawks (-120).

Whoever a bettor believes will win this game should consider also laying a wager on the same team to win the NFC West. Be sure to submit your action before the betting lines are adjusted when the NFL Network’s 8:20 p.m. EST kickoff happens.

3. Kyler Murray Will Win Rookie Of The Year

Kyler Murray was hyped as one of the best athletes to ever step on the field, and he has been proving his athleticism undoubtedly. Murray was favored by most as the probable rookie of the year, and the odds haven’t changed much for him.

The Arizona Cardinals quarterback opened with odds of +250, falling to +150 during the preseason, and rising to its current level at +300.

This past weekend marked the first time Kyler Murray’s odds to win the Rookie of the Year were not the favorite, as Daniel Jones surpassed him. Jones saw odds as high as +2900 post-draft but has quickly fallen to become the favorite (+230) after his 2-0 starting record.

Still, Murray has more of the individual athleticism and could be able to do enough to lure enough votes. His electric and quick-paced style could lead him to finish the season with the stats to support his claim as well.

In reality, Daniel Jones has been outperforming Murray in nearly every category, averaging 310 yards per game (with 30 being rushing yards), having five touchdowns, and doing so with a completion percentage of 68.7.

Also, he has done something twice that Murray hasn’t done once – win.

Look out for other prospects too that could sneak into the running. Gardner Minshew (+680) opened at +2500 after his first start, and has a better completion percentage (69.4), touchdown total (7), quarterback rating (106.9), and has thrown fewer interceptions (1) than Kyler Murray.

Josh Jacobs also plays an interesting role in the usual race of quarterbacks. Leading all rookies with 77 yards per game rushing and 18 first downs, he has proven to the Oakland Raiders that he can be an every-down back.

Since initially declaring for the NFL Draft, Josh Jacobs’ odds at US online sportsbooks to win the Rookie of the Year have fallen from +900 to +500.