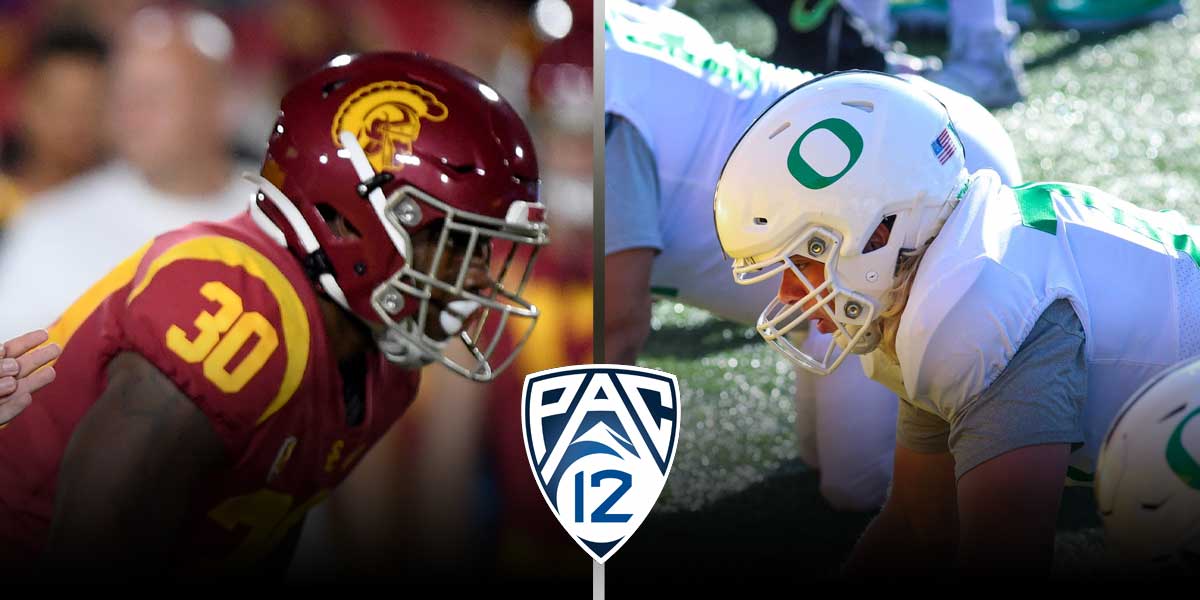 IRVING, Texas - The Pac-12 is the last of the Power 5 conferences to start football action for the fall 2020 season after initially planning on postponing the season to Spring 2021.

The first conference games will be played on November 7 with many different health and safety protocols in place along with only some teams currently allowing families to attend games in person.

All 12 teams will play seven games with six of the games being played to determine who is going to the conference championship game and that the remaining 10 teams will play an additional game that same weekend.

The conference is joining the other top conferences that have shortened their seasons and limited long-distance traveling to slow the spread of COVID-19 and protect players and coaches.

Even in this unpredictable and unprecedented football season, online sportsbooks have the odds of what teams will end the season at the top of the Pac-12.

As it stands now, the Oregon Ducks and the USC Trojans are tied with the best odds to win the Pac-12 Championship this season.

Additionally, Oregon and USC both have +6600 odds to win the College Football Playoff National Championship according to the same sports betting sites.

Even with the short season, the leaders of the conference believe Pac-12 can change recent history and be competitive with the other conferences

"Our schools, knowing we're going to be able to play a meaningful number of games, high-level games, with our championship concluding before that final CFP meeting, we absolutely have the opportunity to have a team in the mix for the playoff," said Larry Scott, Commissioner of the Pac-12 "and I know our teams and our student-athletes are coming back, eager to compete for that."

The CFP Selection Day is set for December 20 and every Power 5 conference season will end before that day giving a reasonable opportunity for an undefeated Pac-12 conference champion to be considered for the playoffs.