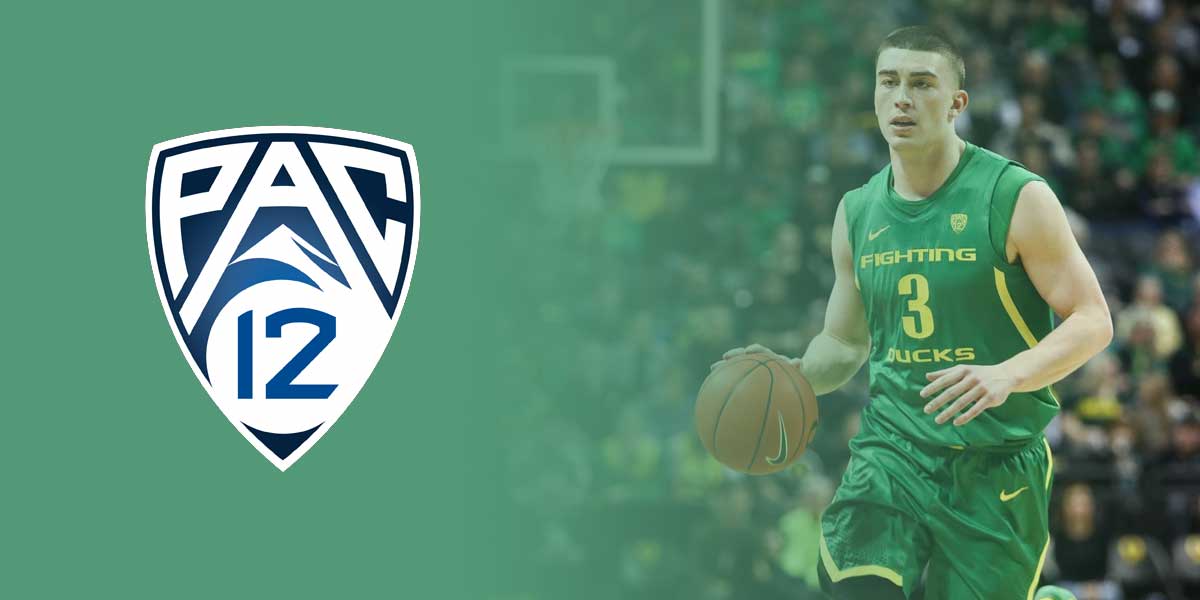 LAS VEGAS — With the PAC-12 regular season coming to an end, the Oregon Ducks are looking to continue their strong season as they lead the way into the conference tournament. The Ducks are atop the PAC-12 Tournament odds, but they have other teams looking to make a statement.

The Arizona Wildcats, Colorado Buffaloes, and UCLA Bruins have had decent seasons as well. The three of these teams have had success in either conference play or the regular season.

Playing well in the Pac-12 Tournament or winning it outright could be exactly what they need to get a better seeding in the March Madness tournament.

The Ducks have had quite the season thus far. They finished the season going 24-7 overall and 13-5 in conference play. They were a high scoring team as they put up 70 or more points in 19 games. They managed to stay ranked in the Top 25 all season being ranked as high as six in the country. They are currently going into the conference tournament ranked at 13 nationally.

Payton Pritchard is no stranger to big moments. He has led Oregon all season averaging 20.5 ppg, 5.5 apg and 4.3 rpg. He has not been the lone star as Chris Duarte has stepped up for the Ducks as well. Going for 12.9 ppg and 5.6 rpg.

With Pritchard leading the way, they have a lot of tournament experience. Look for them to make it to the finals in the conference tournament as well as a deep March Madness run.

The Oregon Duck odds of winning the Pac-12 tournament are +160.

The Wildcats had a decent season as they had a solid overall record but went 10-8 in conference basketball. They looked strong starting off the season as they went 11-1 in their first 12 games. They were even ranked as high as 12 in the national rankings at one point.

They had great performances from their freshmen duo of Zeke Nnaji (16.3 ppg, 8.6 ppg) and the “Red Mamba” Nico Mannion (14 ppg, 5.4 rpg). The pair has been great all season but they do not have much veteran experience on this team.

If they have a strong outing in the conference tournament, we could likely see them in the NCAA Tournament. As for this year, however, those betting on college basketball should not count on the Wildcats. Next year they should be a force to be reckoned with. Arizona is at +275 odds of winning the Pac-12 Tournament.

The Buffaloes are another team that had a decent overall record and not so hot conference record. They finished the season going 21-10 overall and 10-8 in the conference. Again, they also started the season out strong going 12-2 in their first 14 games.

After that, they had an up and down season as they were jumping in and out of the rankings. They were ranked as high as 16 at one point. They did not finish the season strong going 2-5 in their last seven games. They had a lot of inconsistency finding themselves.

McKinley Wright IV had a great all-around season going for 14.2 ppg, 5.6 rpg and 5.1 apg. He was not alone as Tyler Bey also had a decent year with 13.7 ppg and 9.1 rpg. After the duo however, they have a bit of a drop off in depth. They could make some noise in the conference tournament if other players step up.

Online Sportsbooks have Colorado’s odds for winning the Pac-12 conference tournament at +400.

The Bruins, on the other hand, had an okay regular season but played strong conference basketball. They finished the year 19-12 overall and 12-6 in their conference. Unfortunately for them, they were not ranked all season. Their conference play is what saved their season.

Chris Smith has been their go-to guy this year with 13.1 ppg and 5.4 rpg. Other than Smith, there hasn’t really been another scorer. They have four other players that average eight or more points. They don’t have the explosive players like other teams do but if they can bring that same energy they brought to the conference portion of the season, they could be looking to make a strong run.

The Bruins odds at winning the Pac-12 tournament are +700.