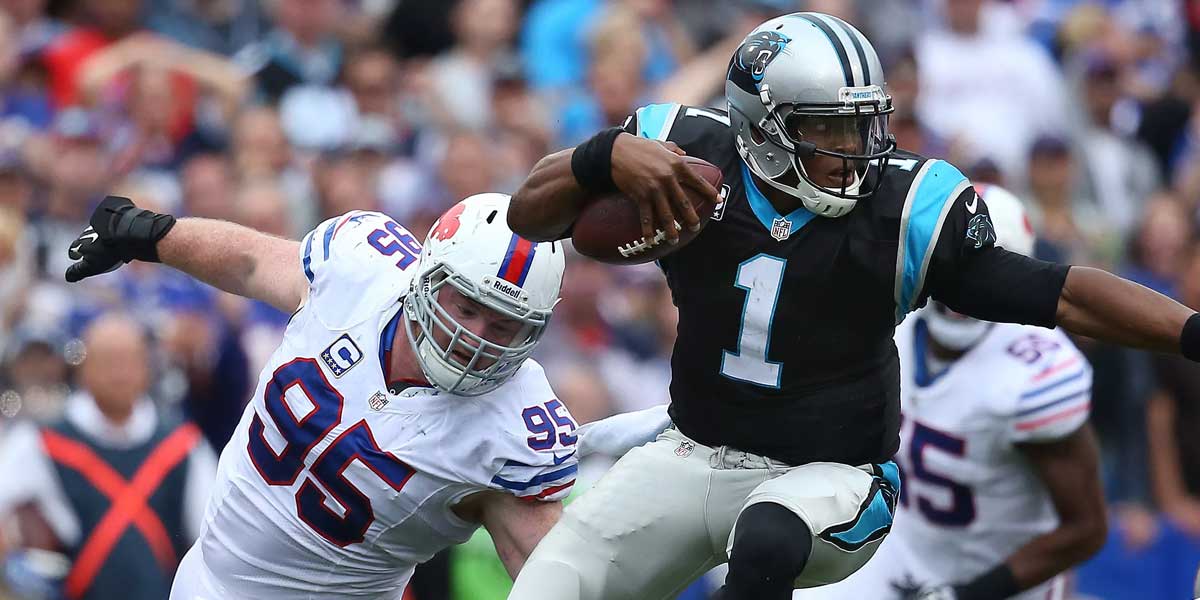 CHARLOTTE, N.C. – Friday marks the second day of action for Week 2 of the NFL Preseason. Three games will be played, but none of them as notable as the matchup between the Buffalo Bills and Carolina Panthers.

Carolina is the home team in this exhibition game after playing in Chicago last week in their victory over the Bears. For the Bills, they will have their first road test of the year, and no matter how many starters are playing or sitting, the battle away from home is always a process.

The focus is definitely on the players who are vying for roster positions but it must also be mentioned that Sean McDermott will battle Ron Rivera for the third time since leaving the Panther’s program in 2017. The Panthers won the 2017 regular season matchup 9-3 and also took the victory in last year’s preseason opener for the clubs by a score of 28-23.

As for the players, there are two athletes that fans should keep an eye on – not because they might get cut at the end of the preseason but because they have the potential to get real playing time during the regular season.

For the Bills, it comes down to offensive lineman Ryan Bates. Bates was traded to the Bills last week and his versatility is already showing through. In college at Penn State, Bates played offensive tackle, but for the Bills has already given the squad very decent looks at the guard and center position as well.

Bates can play on both sides of the line as well as at any position. USAOnlineSportsbooks.com knows with the Bills shifting their offensive lineman around as of late, Bates is the perfect player to play backup to every member on the line as well as the main swing tackle. This ability hasn’t gone unnoticed by the club and all eyes will be on 6’ 4” 306-pounder.

As for the Panthers, many of the starters are expected to get some good time in the game. However, Cam Newton is not slated to play. Still, tight end Chris Manhertz has much to prove, especially when it comes to pass-catching. With Greg Olsen getting older and older, the Panthers are looking for the three-time Pro Bowler’s replacement.

During practice, Manhertz has been playing quite well but the focus has been on the blocking scheme. Expect the Canisius College graduate – who was a basketball captain for three years and never played football before the NFL – to keep improving through the four years he has been active. He received a contract extension with the Panthers in January of this year, after earning his first career receiving touchdown during the regular season. Maybe, Manhertz can find the endzone again during the preseason.