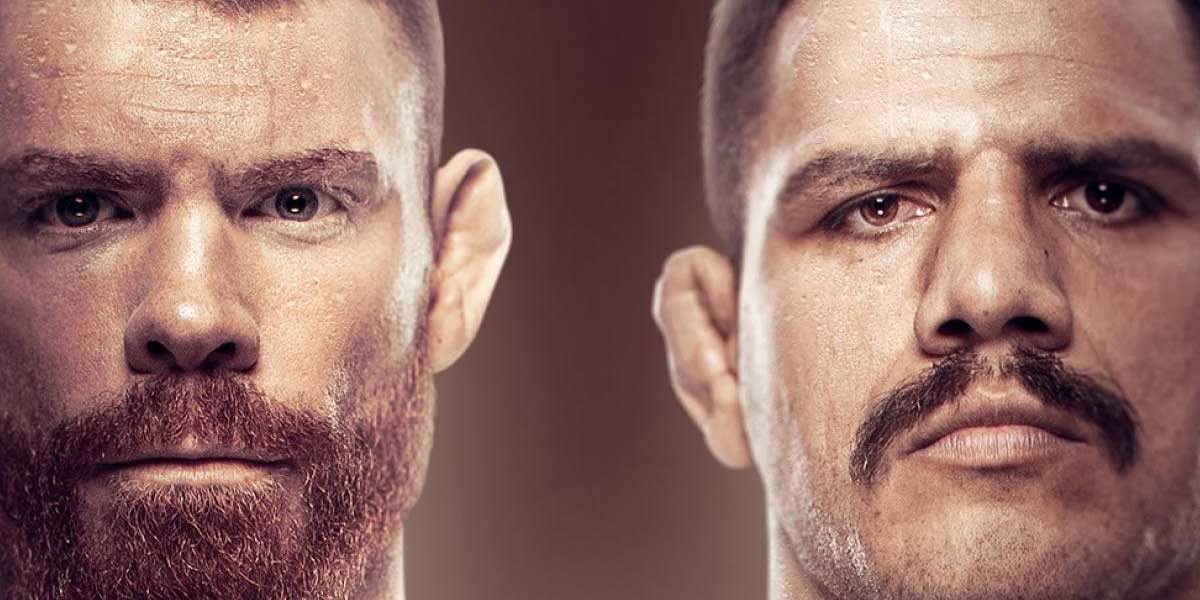 LAS VEGAS - After a last minute injury and replacement, Paul Felder is set to face off against Rafael Dos Anjos in the headline matchup of this UFC Fight Night.

Felder is ranked seventh in the UFC’s lightweight division, while Dos Anjos sits at twelfth.

Felder will be fighting on short notice after Islam Makhachev had to pull out of his scheduled bout with Dos Anjos with a staph infection.

Felder is known for his willingness to simply fight and brawl, and that shows in his quick acceptance of this fight on five days notice.

Dos Anjos is on the downswing, but he’s still a former champion, and could be a dangerous opponent.

Given the short notice for Felder, it’s not a surprise to see him as an underdog on all of the online sportsbooks.

The MMA sportsbooks disagree about what level of underdog he is, however. Check out the odds for the fight on Bovada:

Bovada has Felder sitting at +155, and has odds heavily slanted towards Dos Anjos, who looks like a serious favorite on that sportsbook.

Meanwhile, take a look at MyBookie and BetOnline:

These two sportsbooks provide even more respect to Dos Anjos, and less respect to Felder.

Interestingly, MyBookie has Dos Anjos at -195, the most favored of any of the books, but Felder at +160, which is second most unfavored behind his +167 at BetOnline.

Felder backers would be best served by BetOnline’s odds, which offer a significant upgrade in terms of payout.

Dos Anjos bettors should take the -190 at Bovada, as odds on him are pricier at the other sportsbooks.

Paul Felder enters this matchup as the higher ranked fighter in the division, but he’s coming off of a tough split decision loss to Dan Hooker, and it’s a bit of a surprise to see him step in like this.

Felder, age 35, is a tough fighter, and while he is higher ranked by the UFC, he is not a favorite in this fight.

That honor goes to his opponent, Rafael Dos Anjos, who returns to the lightweight division after a series of failures at welterweight.

Dos Anjos has lost his last two fights in a row, which is always a very bad sign for an aging fighter.

RDA’s abilities might be waning as he just passed his 36th birthday, but it remains to be seen if his lightweight return bears the fruit he needs to continue fighting.

That said, Dos Anjos has all the advantages he should need to take this fight, especially with Felder on short notice.