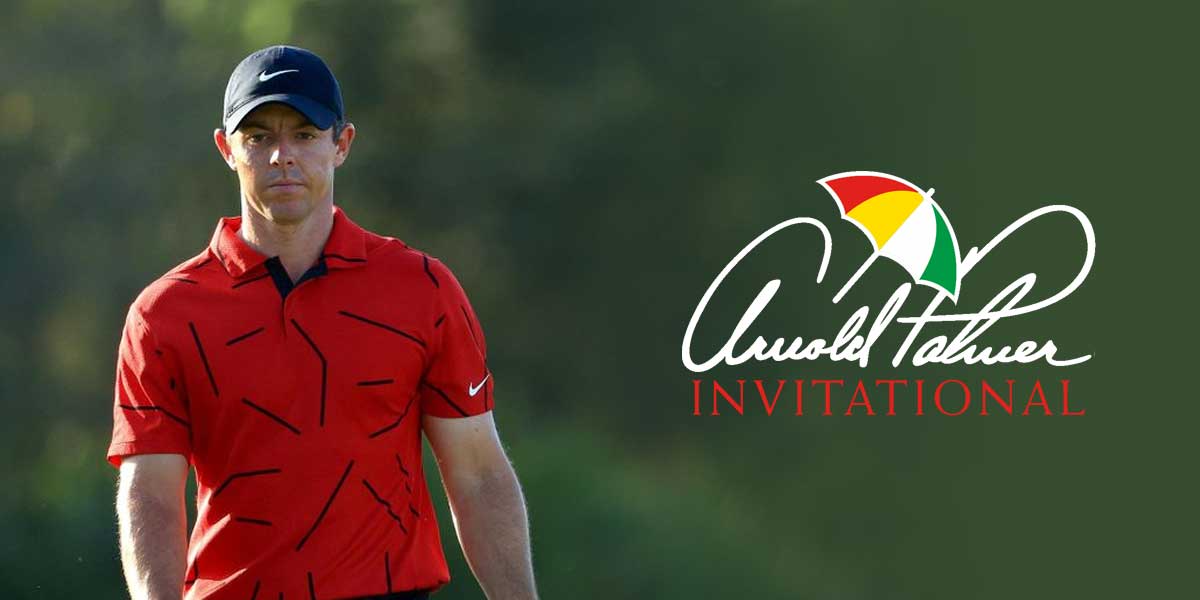 ORLANDO, Fla. – The PGA Tour takes its annual trip to Bay Hill this weekend for the Arnold Palmer Invitational, where some of the best in the sport will play for one of the more sentimental stops on the schedule.

Known simply as Arnie’s Place, Bay Hill has been a memorable course for a number of years now, producing memorable moments from some of the game’s best.

Many golf fans remember at least one of Tiger Woods’ record eight wins at the API, his most wins at any single tournament throughout his illustrious career. Sadly, Woods will not be in the field this weekend as he continues to recover from his scary car accident just one week ago.

Instead, the field this week features a number of established superstars going up against some of the most promising young talents on the PGA Tour.

Betting odds for the event are now available via the major online sportsbooks, where 2018 winner Rory McIlory is the pre-tournament favorite.

When it comes to picking golfers for the Arnold Palmer, history plays a strong role.

Past winners usually show out at the event, with even small names like Matt Every owning back-to-back wins. With that in mind, it makes sense that Rory McIlory sits at the top spot for this weekend at +850 betting odds.

That is still decent value for the Northern Irishmen, who is on a streak of four consecutive T6 or better finishes at the API.

Bettors are also noticing the placement of young Norwegian Viktor Hovland. The former under the radar darling from Oklahoma State has now earned a spot in the top three golfers at +1200.

Hovland has been extraordinary in recent weeks, finishing worse than sixth just once in his last seven starts. Seeing his name with the same pre-tournament odds as Bryson DeChambeau is a testament to his development as a player over the last year.

The birdie gets him to -16 and one shot back.#QuickHits pic.twitter.com/5GFT9IAnHA

Those looking to bet on the PGA Tour this weekend are also watching the lines for someone like Sungjae Im at +2200. Following his runner-up finish at The Masters in 2020, Im has been consistently one of the best players on tour in terms of strokes gained, and is playing well beyond his 22 years of age.

Additionally, the unique field at Bay Hill this weekend leaves some names like Max Homa in valuable territory at +6600.

Homa is fresh off a win at the Genesis Invitational and would love to cement himself at the top of the FedEx Cup rankings with another strong finish this weekend.