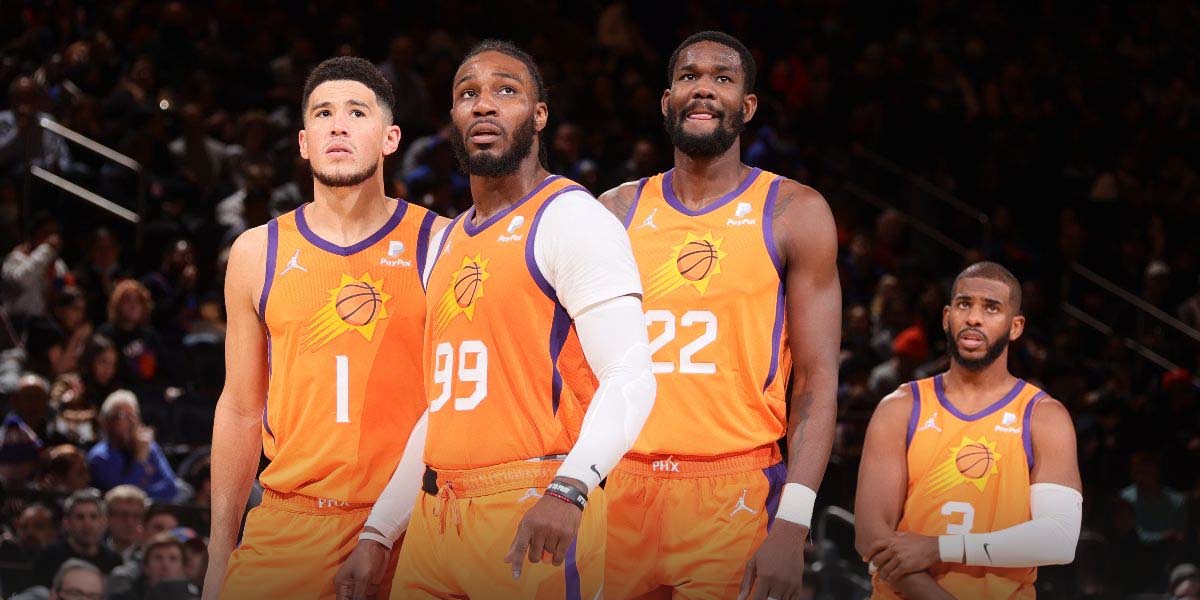 LAS VEGAS – The Phoenix Suns are significant favorites over the Dallas Mavericks in Game 1 of the Western Conference Semi-Final series between the two teams.

The Suns are significant favorites at the online sportsbooks, as their -235 odds imply that they will win the game more than two-thirds of the time, even with the vig removed.

Dallas head coach Jason Kidd pointed to the dynamic playmakers on the Suns, as well as their excellent big men as a reason for why the Mavericks couldn’t simply run the same defense they did against the Utah Jazz in the first round.

“Our game plan in Utah is not going to work against the Suns,” said Kidd per Doyle Rader. “We’ve already changed that mindset because we’re not playing the Jazz. We understand their strength is the midrange, but they can hurt you with the three in transition and they can hurt you in the paint with JaVale and Ayton.”

Kidd continued with this line of thinking, indirectly throwing some shade at Utah’s big men in the process:

“This isn’t Gobert and Whiteside. These guys can put the ball in the basket. So, our bigs are going to be tested.”

Kidd is right. Deandre Ayton never scored below double digit points in the Suns’ first round series against the New Orleans Pelicans, and he had four games with 20 points or more.

Neither Rudy Gobert nor Hassan Whiteside put up a single game with more than 20 points in the first round.

In most of their games against Dallas, the two combined for less than 20 points. Ayton is clearly a step up in terms of big man offense.

However, it is possible that NBA oddsmakers have noticed this and taken it into account. Past trends are no guarantee of future performance.

Phoenix also has performed well against the spread, with a 48-40 ATS record, but at home, their ATS record falls to 21-23.

In the three games these two teams played in the regular season, the Suns won by 7 points, 8 points and 8 points respectively.

The matchup between the Phoenix Suns and Dallas Mavericks kicks off at 10:00 p.m. E.T., and will be broadcast on TNT.