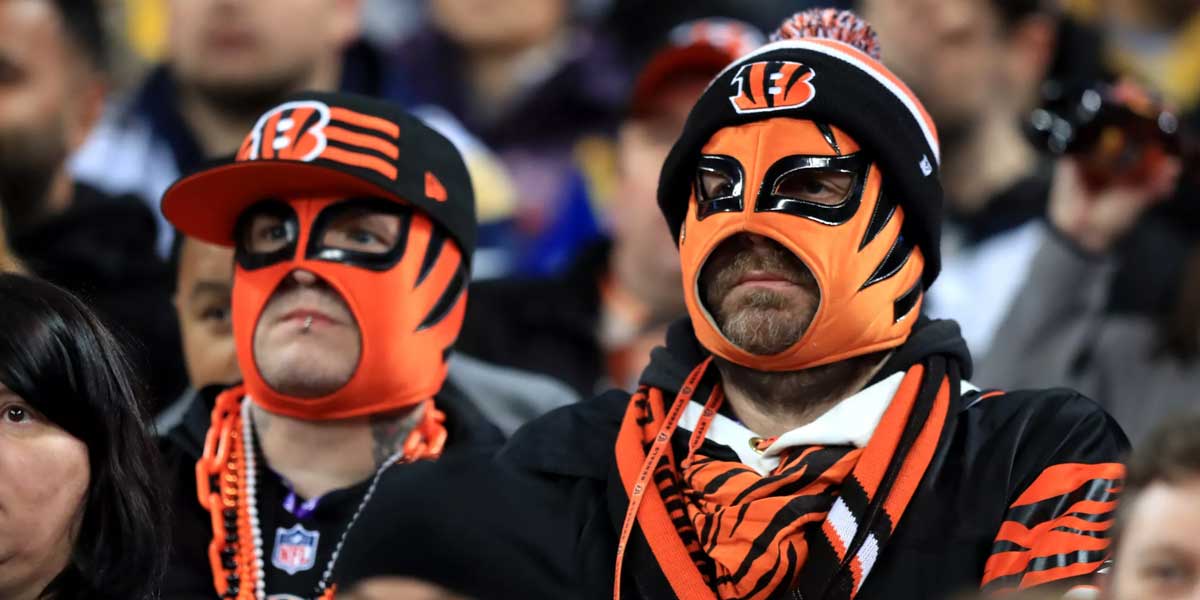 CINCINNATI – Will the Cincinnati Bengals go 0-16 for the season? The Bengals have not won a game all year, holding a record of 0-9. With seven games left on their schedule, the question remains whether or not they’ll be able to pull a win out of their helmets. In franchise history, Cincinnati has never had a winless season. Their worst season was in 2002, where they finished with a record of 2-14. They had a 6-10 record last year.

This year, the Bengals are under the direction of new head coach Zac Taylor. The coach is all of 36 years old. Is he in a position that’s too big for his britches? With no wins in the rearview mirror of his time with the Bengals, he might be. Maybe the team could stand to have a coach that has had a more seasoned career in football. Various USA online sportsbooks have wagers listed on the Bengals for bettors to partake in. One such sports betting site is Bovada.

They have a bet on whether or not Cincinnati will finish their season strong without a single win. Of the seven remaining games, four are against teams that have not been having the best of seasons themselves which could lead to the Bengals having a fighting chance. They will be facing the New York Jets (2-7), the Miami Dolphins (2-7), and the Cleveland Browns (4-6) twice. Bookmakers believe that the Bengals will win at least once with odds at -700 while a no winning season has odds of +400. 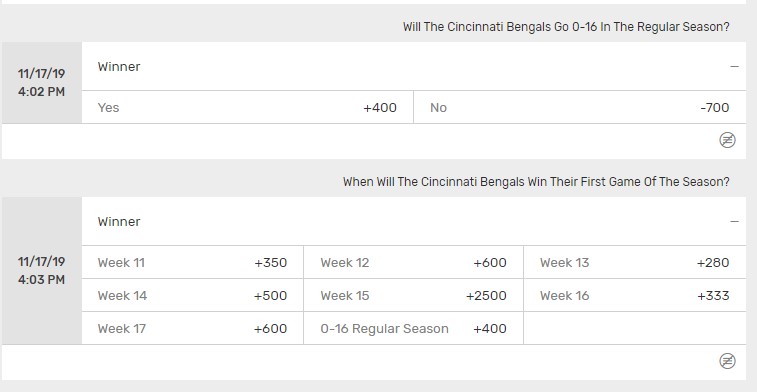 Another wager listed asks during which week the Bengals will finally win a game. Odds are in favor of it happening when they play the Jets with +280. Even with their terrible season, there is a light at the end of the tunnel. The Bengals are set to take the No. 1 pick of the 2020 NFL Draft (-165). This could mean they’ll take LSU quarterback Joe Burrow for next year.

Coach Taylor realizes his team is in need of some major improvements. He has said that his linebackers lack consistency but his running game is going well.

“What we do know is this is the toughest stretch we’re going to go through in our next 20 years here — this is going to be the toughest one,” said Taylor. “And so we find out about the character of the people in this building and what the approach is going to be so that we can look back on this and say it made us stronger.”

The Bengals have a lot of work to do if they want to close out the season to at least match their worst season in franchise history. Cincinnati's (+415) next game is on the road against the Oakland Raiders (-630) on Sunday at 4:25 p.m. The game will be televised on the CBS network.