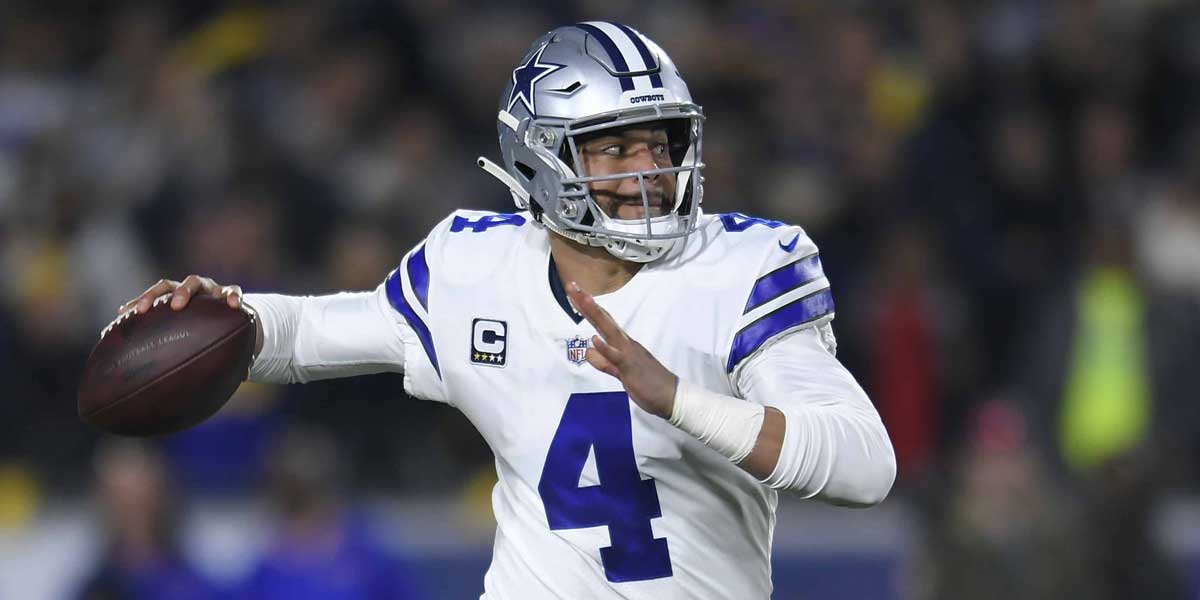 DALLAS – The NFL offseason is upon us so that means it is time for contract negotiations, trades, and franchise tags. With almost everything sports-related, there are prop bets surrounding which players will get franchised by their team.

Sports bettors are eager to keep the action going with these off-season wagers.

A franchise tag is an ability for the team to apply a hold on a player who is scheduled to become an unrestricted reagent. The tag secures a player to the team for one season. Each team only has one franchise tag they can apply.

Teams will do this if they do not yet want to extend or pay a player with a new bigger contract but also aren’t ready to move on from the player. This allows the team time to see if the player is worth the money.

The likelihood of a player like Dak Prescott getting franchised by the Dallas Cowboys is high as rumors of the team planning to use the franchise tag have come out after contract negotiations stalled.

The two parties seem to be at an impasse and are unable to come to some sort of agreement. Current odds at online sportsbooks don’t even have the option for No, while Yes is at -1000 that he will be franchised.

Staying on the QB side, Ryan Tannehill has a betting line for the Tennessee Titans using the franchise tag on him. Tannehill had a break out playoff performance that allowed the Titans to not only upset the defending champions the New England Patriots, but also the number one team in the Baltimore Ravens, led by MVP Lamar Jackson.

Tannehill led a wildcard team all the way to the AFC Championship game. With his postseason success and his contract nearly up, it makes sense for the Titans to get a lock on him, at least to see how he fairs for one more season and if he deserves a big payday.

Current odds have Tannehill getting the franchise tag with Yes as a -500 favorite and No at +300.

The last set of odds is looking at Super Bowl champions the Kansas City Chiefs and if they will use the franchise tag on defensive tackle Chris Jones.

After winning the Super Bowl, it would make sense to try and keep as many pieces as possible. Both parties have expressed wanting to keep the relationship going with Jones even saying he wants to be a Chief for life. It is likely for a deal to come without the need for the franchise tag.

As the offseason persists, there is sure to be plenty more prop bets on the NFL popping up.