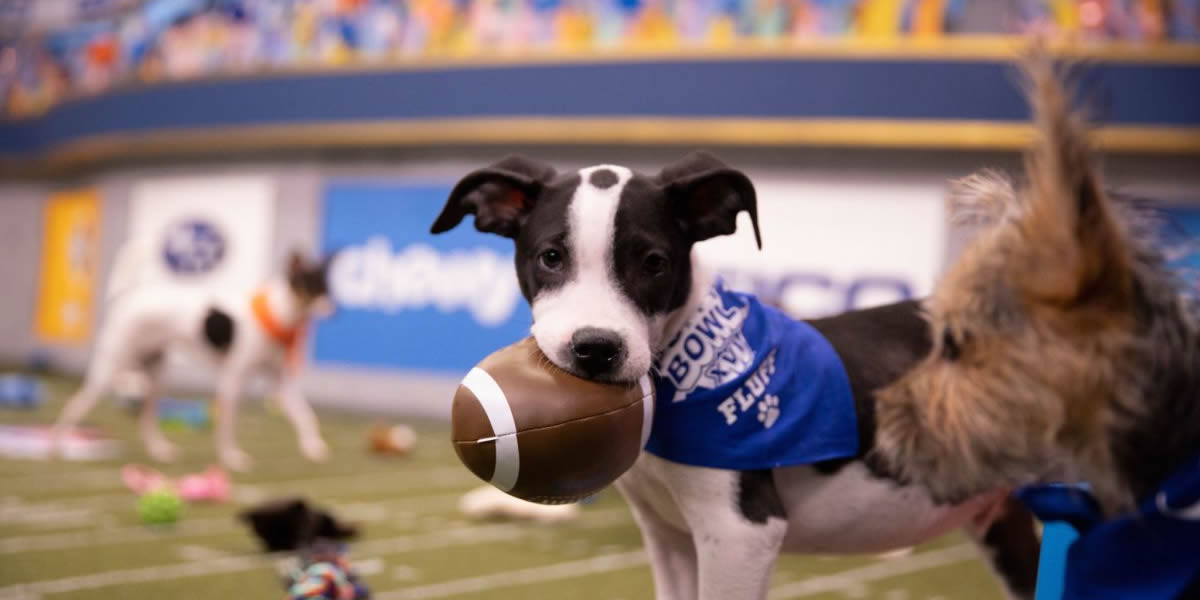 MIAMI - The 2020 Puppy Bowl just wrapped up, and we have all the news here at USAOnlineSportsbooks.

The game was a thriller, ending with Team Fluff pulling out an incredible 63-59 victory over Team Ruff. The ending of the game included back to back touchdowns by each team in quick succession, but Team Fluff pulled it out at the very end of the game courtesy of a German shepherd named Rocky Road.

Team Fluff was favored before the game by 7.5, a small amount of points in a very high scoring game, but remarkably accurate, as Team Ruff covered the spread.

The Most Valuable Puppy was named Gina, one of the cutest puppies of the day. Odds were generally presented as the MVP name being from the first and second halves of the alphabet, so the first half of the alphabet won that bet.

All hail the true Queen of the North, Gina, your @BISSELLclean #PuppyBowlXVI MVP! #ad pic.twitter.com/cSLfpW5G7R

Once again, the Puppy Bowl has been an excellent event and wonderful counterprogramming to the Super Bowl.

Michael Vick had odds as to whether or not he would tweet about the event and the "no" hit for that betting line. It seems as though the former NFL quarterback was not too interested in the event.

We can’t wait to check in again next year.