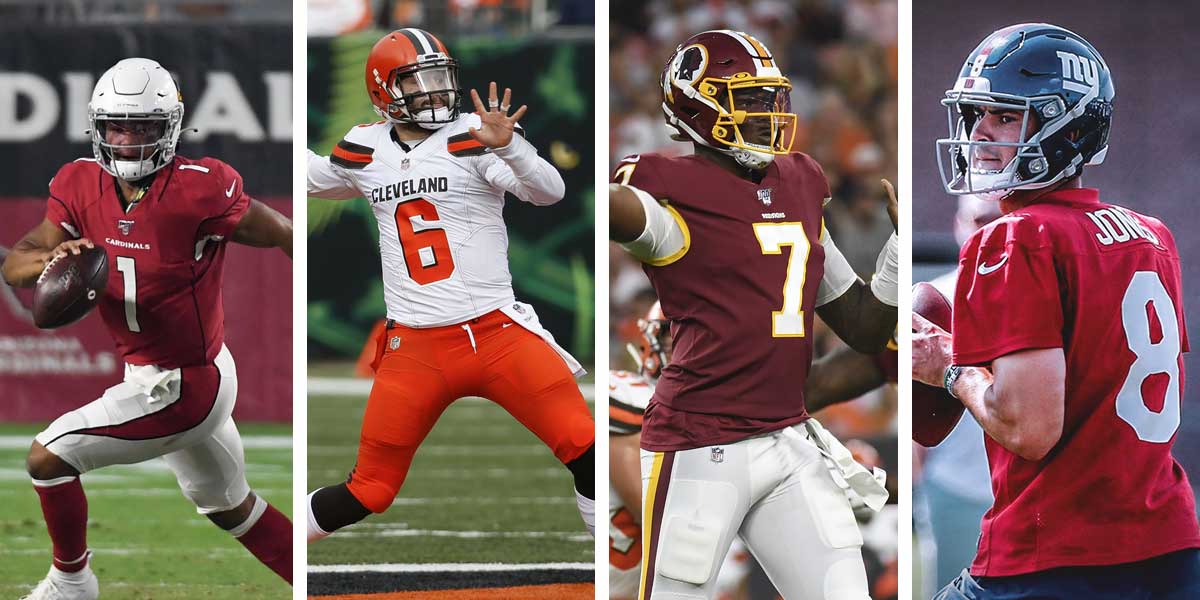 TALLAHASSEE, Fla. – The NFL Preseason has already produced exciting drama, controversy, and positional battles, and it is only the first real week of action.

Eleven games were played on Thursday and some of the best upcoming storylines for this upcoming season began at their starting point.

Baker And The Browns

The Cleveland Browns started off their preseason with an incomplete pass, but things for the first-team improved greatly from there. Baker Mayfield led the team down the field with five straight first downs and capped off the drive with a touchdown.

In shotgun for all but the last two plays, Mayfield never needed to huddle his team, and commanded control of the 2:13 drive for 89 yards. This was accomplished against the Washington Redskins though, who finished last season in the middle of league for nearly every major defensive passing statistic.

Even still, the focus of the Redskins was on their offense.

A battle of the quarterbacks in Washington is between three candidates rather the usual two. Both Case Keenum and Colt McCoy have shown limited experience in the league and the coaching staff knows what to expect from them.

McCoy did not get any playing time in their first game of the season, and Keenum received the start. After punting on the first drive, Keenum scored the only touchdown of the game for the Redskins, but with no impressive merit.

The second drive rewarded the Redskins with a 43-yard pass interference penalty on 3rd and nine, and the touchdown came on the next third-down from a blown coverage from the defense.

First-round pick Dwayne Haskins came in to start the second quarter and delivered two nice deep passes to begin the game; however, the second was fumbled by his receiver and Cleveland took control of the ball.

Things remained pretty subpar for Haskins, who threw a pick-6, got sacked, and threw a second interception. His accuracy looked shaky at times, but he was able to lead the Redskins to a field goal on the opening drive of the second half. At this point, no quarterback in Washington has proven their worth to take the reins and lead the Redskins through the division.

The future is Daniel Jones. Every New York Giants fan or supporter of Eli Manning understand that Manning doesn’t have much in the tank anymore. Jones was booed when drafted at what was considered a reach.

Jones saw his playing time after Manning’s 3 and out to begin the Giants’ offensive play. In complete opposite form, Jones went a perfect 5-5, hitting three different receivers and ending the drive with a touchdown pass.

The placement of the ball through a tight window in the back corner of the endzone made Giants fans rejoice, as that type of action has not been on the field in a while.

The story now comes down to seeing in Jones will take Manning’s role before the season even begins.

Cardinals Quarterbacks Of New And Old

Kyler Murray met expectations in his first NFL game. On a 10-play drive that was killed with a penalty on a receiver, Murray showed why he was the number one pick.

His time spent in the pocket wasn’t much but at the same time, the offensive line was not helping his case. Still, Murray was able to perform his video-game-like escapes and deliver accurate throws on the run. The Cardinals know the talent they have here and sat him after his only drive.

The quarterback spot in Arizona could have been up for a battle this year, but the Cardinals shipped off Josh Rosen to the Miami Dolphins the day after the draft.

Rosen now must battle for the starting role on the Dolphins against Ryan Fitzpatrick, who just spent the last few years in a quarterback battle himself with Jameis Winston.

Rosen was responsible for the heavy majority of the first game workload, going 13-20 for 191 yards.

He was sacked twice though and also threw an interception. After the games, Flores expressed how he wanted Rosen to be comfortable taking a sack instead of throwing the ball with his “gunslinger mentality”.

But, the job is Rosen’s to win and he had a great first showing in Miami.

Betting The Weekend Of NFL Preseason

The Steelers (-2) are the favorite in the game, which takes place at Heinz Field. Kickoff is at 7:30 pm EST. The over/under of 37.5 points is the highest amongst the remaining five week-1 games.

New Orleans (-3) will play host to the Vikings. Both teams have playoff and further expectations, so expect this game to be full of players that may be cut soon. Neither of these teams will want to show their true value or have to experience an injury to a major athlete.

USAOnlineSportsbooks.com knows all three of these games are very similar in terms of betting action. The home teams, the Chiefs (-3.5), Raiders (-4), and 49ers (-44) are the favorites in Saturday’s NFL action. All of them also have over/unders set at 36 points as well.