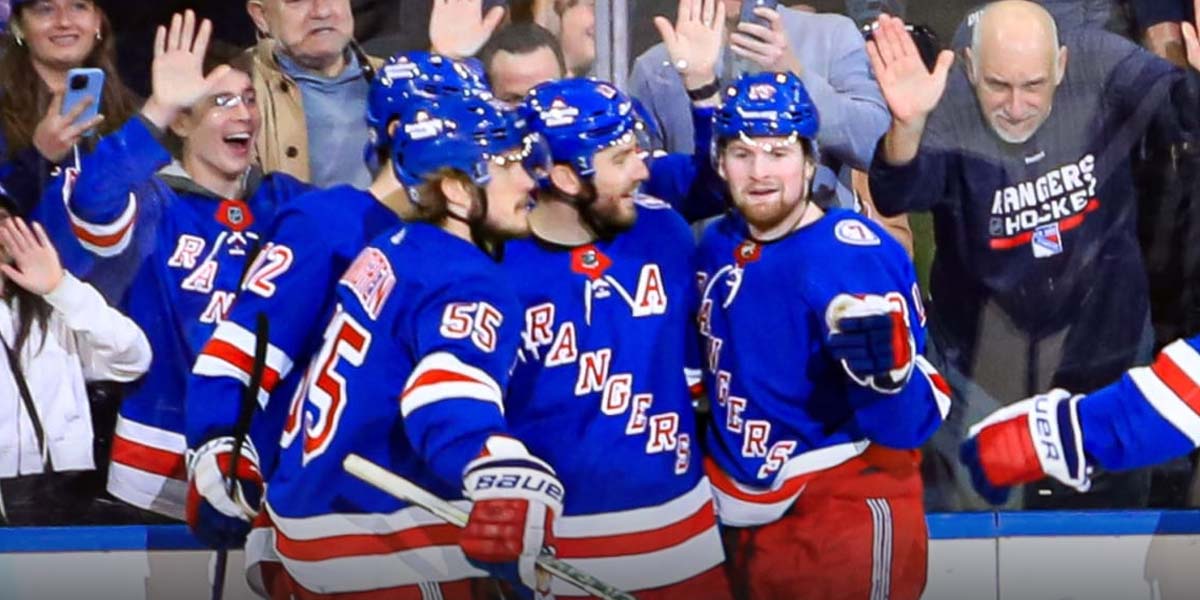 NEW YORK – The Rangers avoided a 3-0-hole on Sunday by holding on to beat the favored Hurricanes in Game 3 of the series. With Game 4 coming up Tuesday, the Rangers are favored to tie the series.

The Rangers are -120 favorites and have gone 4-1 in 2022 when they are favored by at least -120 odds. Being on the road as an underdog in this situation, the Hurricanes have gone 3-6 over their last nine games this year.

The Rangers have played very well on home ice during the 2022 NHL playoffs, and online sports betting sites have their next time ending with a similar outcome. Still, in the last 11 games played by these two teams, the Rangers are 3-8.

They have only lost one game at home, and that was the first game of their first round series with the Pittsburgh Penguins.

Betting On The Over Under

Another trend for NHL betting has been the great opportunity for betting on the over under total goals scored in these NHL playoffs.

Since August of 2020, the Rangers and Canes have played 10 times, and the under has been hit seven of the last 10 games.

The Hurricanes have also played well against the under in 2022, especially when on the road as at least a -120 underdog. They went 7-2-1, hitting the over in their last 10 games in this situation, that we will see tomorrow for game four.

Even though this series has not hit over five goals yet in a game, every single game in the Rangers and Penguins series hit over seven total goals at least. This New York team tends to play off of momentum, and won the last three games in their previous series, in order to end it. After yesterday’s 3-1 victory, we could start to see the same offensive attack for the Rangers resilient gameplan.

If they take game four, the Hurricanes could be in trouble, and betting on the Rangers as the underdog for the series offers a high potential payout.