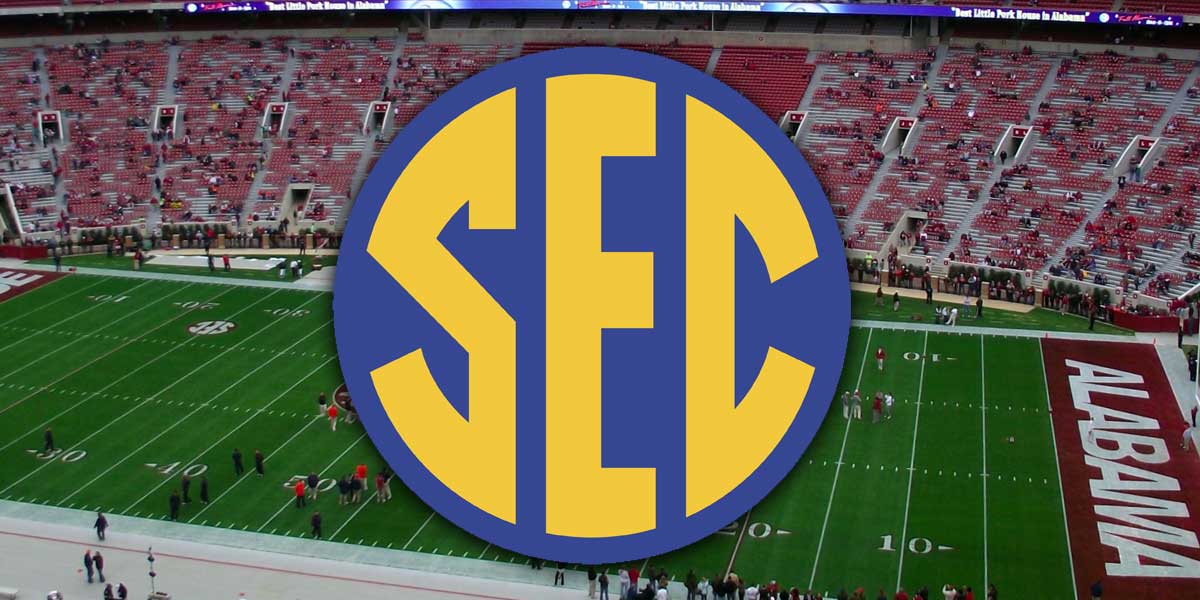 ATLANTA – SEC football is revered by fans from the south and ogled, yet sometimes hated, by fans everywhere else. Still, there is no denying the great talent that exists in this conference.

The 2019 college football season begins in just a few short days and the coaches’ poll has been released, with the AP Poll ready to launch on Monday, August 19.

By using the CBS Sports 130 Rankings, a list of every SEC team with a brief description of their past and the future season was created.

Alabama sits only behind Clemson in the rankings and this is a surprise to nobody. The Tide have made the SEC Title game four of the last five seasons and have won every time they made it that far.

With four straight national title appearances as well, Alabama is poised to remain amongst the top of the leaderboard. After all, only two words are needed to be said when looking at the past, present, and future of this team: Nick Saban.

The Bulldogs have a career winning record against every opponent they face this year with the exception of Texas A&M (2-5), Tennessee (23-23-2), and Murray State (first meeting). With preseason All-SEC first-teamer D’Andre Swift as their main source of offense, Georgia should find no troubles this season.

The Tigers play the University of Texas in the team’s second game, as this is their first meeting since 2003 when the Longhorns beat the Tigers by over two touchdowns. Ed Orgeron has improved his team in his second year, going from 9-4 in his opening season to 10-3 last year.

But, the team did lose talented defenders to the NFL Draft in Devin White (linebacker) and Greedy Williams (cornerback). LSU went 4-3 against the SEC teams they are facing this year that they also played last year, but the expectations are always high in Baton Rouge.

Ranked in the top 10 of the coaches’ poll, the Gators will be led on the defensive side of the ball. Defensive lineman Jabari Zuniga was named to the preseason All-SEC 1st Team and should be the sparkplug to ignite this strong defensive unit.

The Gators open their schedule against in-state rival Miami Hurricanes, which should be quite the battle in Orlando. Head coach Dan Mullen has been coaching at the SEC level since 2005, so you better believe the Gators will come into the season fully prepared.

For a team that only lost two players in the first four rounds of the NFL Draft, things could be on the swift incline for the Aggies. In Jimbo Fisher’s second season, the focus will be the top priority, as they come into this season ranked only behind Alabama and LSU for SEC-West rankings.

The coordinators, Darrell Dickey (offensive) and Mike Elko (defensive) are returning for their second-year stints along with Jimbo, so the belief is that this team will become a well-oiled machine. Oddsmakers only suggest this team will win 7.5 games, so expect fans to ride the over on this number quite hard.

The Tigers lost both their starting quarterback and main wide receiver last year in Jarrett Stidham and Darius Slayton, respectively. However, they are returning a majority of their squad, despite losing these key pieces.

Last season was a tough one for the Tigers who couldn’t string together a winning streak of 3 or more games. Still, this wasn’t head coach Guz Malzahn’s worst season at Auburn and he has proven to be able to turn around from season to season.

The third Tigers team on the list, Missouri is ineligible to make the postseason this year from coursework and tutor violations for student-athletes at Missouri in a variety of sports. Still, Missouri can make a name for themselves by going against opponents that do not know much about them.

In fact, Vanderbilt is the most-common opponent for the Tigers this upcoming season, who have only faced each other 11 times in the programs’ histories. When the season begins to unfold, the battle between wanting to win and knowing you are fighting towards nothing will be the object to watch from this team.

In head coach Joe Moorhead’s second season with the Bulldogs, Moorhead is hoping to find the success he had in Fordham during his second season when the Rams finished 12-2. But this is the SEC and the Bulldogs only ranked as high as 14 last year before losing back to back conference games.

Defensive coordinator Bob Shoop returns with Moorhead for the leaders’ second season but they have yet to hire an offensive coordinator. Moorhead decided not to hire one and that he would run the offense instead. Keep watching this team to see if this was the right move down the stretch.

The Gamecocks only cracked the top-25 one time last year and only “received votes” or remained outside of the rankings. Will Muschamp is entering his fourth season with the team and his ninth straight coaching in the SEC.

The squad lost electric talent in wide receiver Deebo Samuel, who led the SEC with 600 yards after the coach last year. With what is considered the easiest schedule in the SEC, USC could put together a nice little season, but they have many opponents that can turn on the switch at any moment.

What an amazing season for the Wildcats last year. Not only was head coach Mark Stoops named the SEC Coach of the Year, but Josh Allen led the conference in sacks and tackles for loss (being named the SEC Defensive Player of the Year) and Benny Snell Jr. finished second in the conference in rushing yards and touchdowns (being named All-SEC 1st team). Both of the players have moved to the NFL so Kentucky is in an uphill battle already.

Defensive coordinator Brad White is entering his first season with the team and will look to continue the prowess that the Wildcats put forth last season. This could be a major falling off for the team this year though, as analysts are keeping Kentucky well below the majority of SEC teams.

Last season, the Volunteers lost every road game they played with the exception of Auburn. The team sent zero players to the NFL Draft and watched their offensive and defensive coordinators do a “one-and-done” with the program.

Defensive coordinator Derrick Ansley is entering his first season in Tennessee and offensive coordinator Jim Chaney is returning to Knoxville, where he once held the title of interim head coach. Don’t expect much from this team this year.

Ole Miss is in an interesting transitional stage. The team lost four players to the NFL Draft in the first three rounds and all of them played on the offensive side of the ball. However, the Rebels expect to keep expectations high, as they brought in Rich Rodriguez as offensive coordinator and Mike MacIntyre as defensive coordinator.

Both of these coordinators have spent time leading Power 5 programs as the head coach, so there is likely to be a great collection of minds at the helm. Just like the coaches, the schedule for Ole Miss contains a handful of teams the squad is unfamiliar with. The Rebels will take on Southeastern Louisiana (1 career meeting), University of California (1), Missouri (1), Texas A&M (9), and New Mexico State University (1).

The Commodores have finished the season with 7 regular season losses each of the past three seasons however they also have made it to a bowl game in three of the last four years. Seeming to float around mediocracy, they went 1-7 in SEC play to finish sixth place in the SEC-East.

USAOnlineSportsbooks.com knows their schedule isn’t the easiest, and their career matchups with certain teams may lead to a heavily losing record. During one point of their schedule, they place four straight opponents in which they have a career losing record (Missouri, South Carolina, Florida, Kentucky).

The only team worse than the Commodores last year was the Razorbacks who went 0-8 during conference play. However, there is some stability in the locker room, as head coach Chad Morris, offensive coordinator Joe Craddock, and defensive coordinator John Chavis are all back for their second season with the organization.

Still, the Razorbacks received the fewest votes amongst all of the SEC teams but things could turn around if they come out the gates strong. The first five opponents for the Razorbacks (Portland State, Ole Miss, Colorado State, San Jose State, and Texas A&M) all have a career losing record against Arkansas or are meeting them for the first time. But it will all come down to adjustments, as this team only put up 21 points in the 3rd quarter against SEC competitors last year while allowing over three times that.