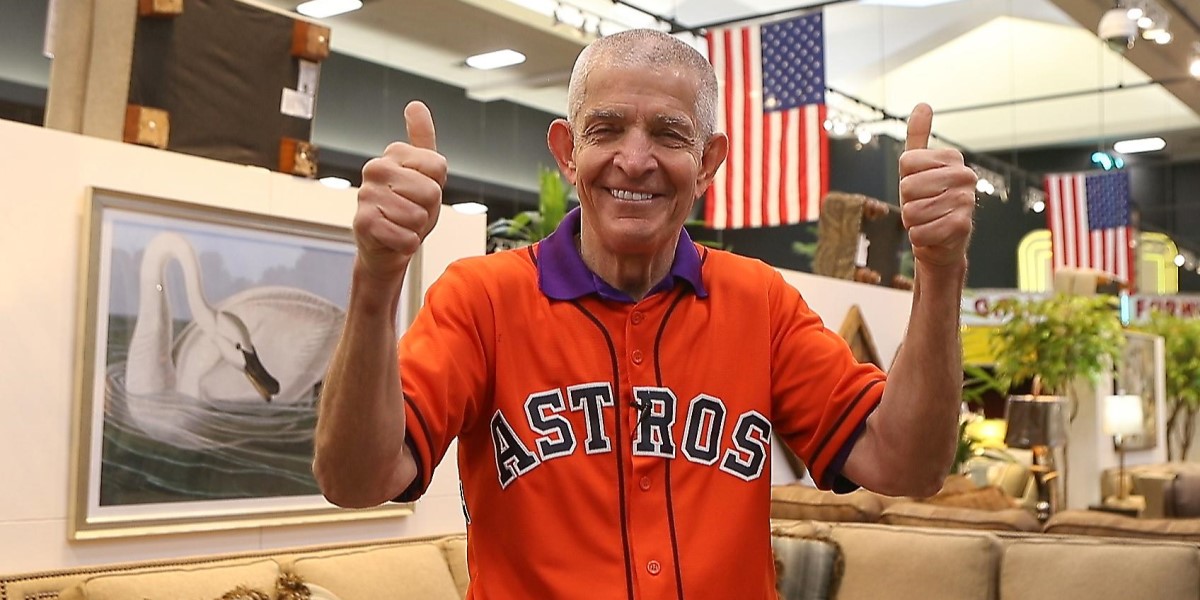 HOUSTON – Mattress Mack is back!

After a brief hiatus from sports betting after losing thirteen million dollars betting on the Houston Astros to win the 2019 World Series, the Houston-based mattress store owner is back to blow the minds of sports bettors everywhere, again.

Mack became famous in the sports betting world for rabidly betting on the Astros to offset his potential losses from a promotion his store, Gallery Furniture, was running.

The basic gist was that if the Astros won the World Series, McIngvale offered his customers a full refund on every mattress purchased at his store that cost $3,000 or more. In order to fund this hypothetical payout, McIngvale placed massive amounts of money on the Houston Astros to win the World Series.

In effect, Mack incentivized people to bet on the Astros when purchasing their mattresses from Gallery Furniture.

If the Astros won, people would get their mattresses for free, and if they lost, the amount of money that the promotion earned Mack would help to offset some of his losses from betting on the Astros in the first place. In a way, this passed some of the risk and thrill of gambling onto the customers in his store, which is a fascinating way to incentivize purchasing.

This is to say nothing of the national attention that the promotion gained. Mack became a sensation, a daily talking point, one of the fascinating people that make America weird.

Now, it seems like he’s moving forward as a high rolling sports bettor.