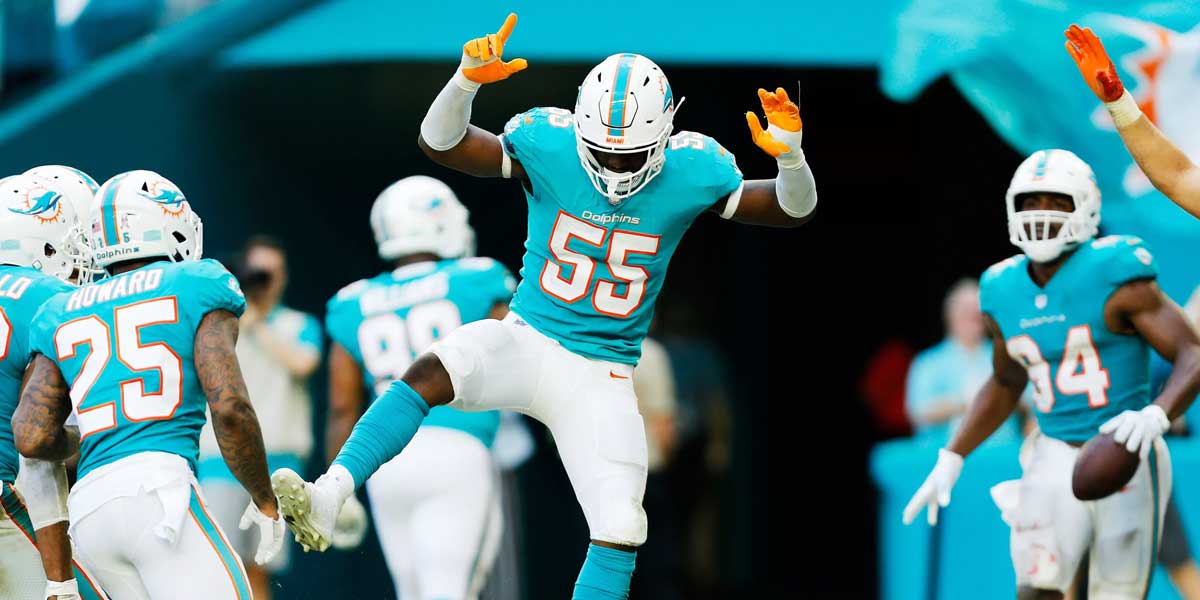 TALLAHASSEE, Fla. – Week 7 of the NFL is filled with divisional games, long-term rivalries, and games of teams that haven’t played each other in years. However, looking through all of the NFL betting lines for Week 7 from online sportsbooks, a handful have stuck out and seem like great opportunities for bettors to make some money.

Using NFL betting trends, stats, and historical data, these are the best bets for Week 7 of the NFL:

Yes, the Miami Dolphins are the worst team in the league and it is likely they will not win a game this year (+290 to go 0-16). Still, a two-touchdown and a field goal victory seem out of the ordinary in this matchup. The Dolphins have possibly the worst defense to go along with their record but don’t be surprised to see this game be closer than projected.

In the last six games these AFC East divisional opponents have played, they have split the victories down the middle.

The Bills DID win by 25 the last time they played (which was also in Buffalo) but the five games prior never had a victory outside of eight points.

The way Miami can make this happen is from the quarterback play. As the Bills are in the bottom third for sacking opposing quarterbacks, Ryan Fitzpatrick may have enough time to make some down-the-field plays happen.

These two teams are rather inconsistent when it comes to their winning and losing of games. Still, the one consistency they both face is the under. The line has been moving higher and higher from the start of the week, giving bettors the perfect opportunity to take the under (or create a middle for those who hopped on the over early).

Melvin Gordon may give the Chargers a bit more of a push toward more points in this game, but with the run defense of the Titans, he may be stuck trying to find holes to break through.

Also, with Ryan Tannehill under center for the Titans, the team may be uncertain on how to score points against the Chargers.

The Cowboys are favored by less than a field goal (2.5 points) but the moneyline for the Cowboys should be one the bettors look at. Dallas is incredible at home, having won seven of their last eight and are looking to get out of their recent funk.

With the below-average passing defense of Philadelphia, look for Dak Prescott to have a big game here. Prescott has only thrown two touchdowns in the last three games (all losses), so expect for him to return to his performance from the first three games (nine passing touchdowns).

Also, injuries and penalties continue to plague the Eagles which should give Dallas many opportunities to keep drives alive as the game progresses.

This NFL prop bet was thrown in as the extra but comes with many stats to support its claim. Despite the rocky start from Kirk Cousins, he has is averaging 256 passing yards in road games. In his last two games, Cousins has broken the 300-yardage mark both games, as he faced off against two of the top five worse passing defenses.

Cousins is granted with another blessing from the NFL gods, as the Detroit Lions are also in the top five for worse passing offenses. As nobody except the Tampa Bay Buccaneers is passed on more than the Lions at 41.4 attempts per game, look for Cousins to have another big showing.

As the Lions are near the bottom of the league in sacks and interceptions, this should be an easy mark for Cousins.