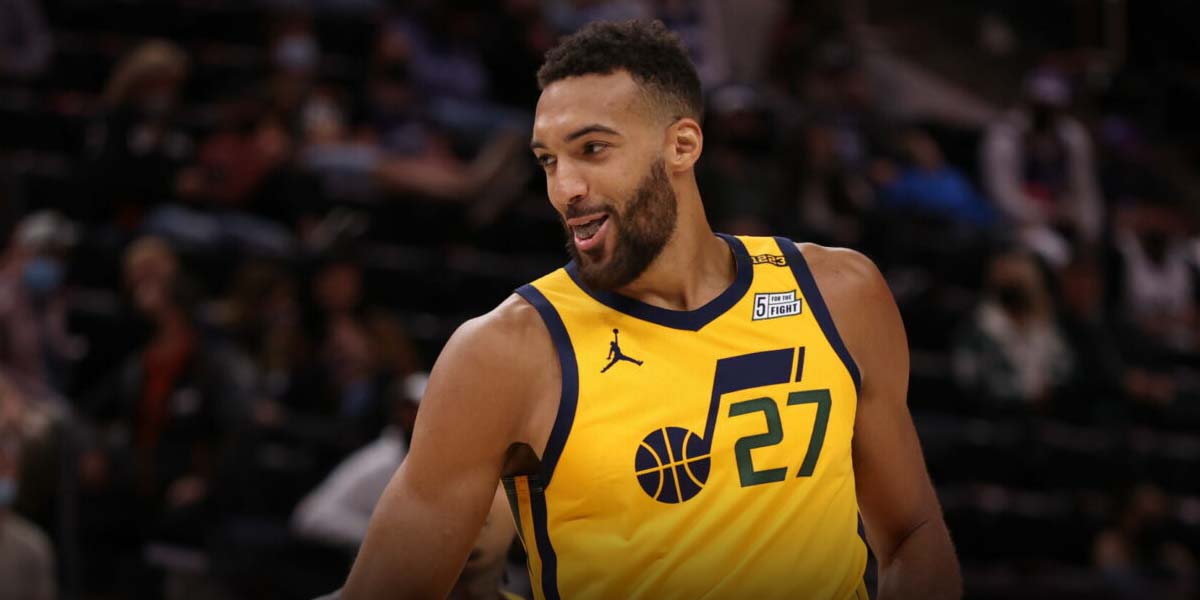 SALT LAKE CITY, Utah - Rudy Gobert of the Utah Jazz is once again the favorite to win the Defensive Player of the Year award in the NBA.

Gobert is a three time Defensive Player of the Year award winner, although it has not translated to playoff success for his Utah Jazz.

Instead, Gobert has been exploited on the defensive end in the playoffs, raising questions as to how much he deserves to keep winning this award.

In this context, it makes sense that sports betting fans are questioning Rudy Gobert’s defensive impact, and that whether or not he’ll become a four time Defensive Player of the year by winning it in 2020 is in doubt.

The Los Angeles Clippers upset the Utah Jazz in the 2021 NBA Playoffs after Kawhi Leonard went down with an injury by exploiting Gobert’s lack of mobility on the perimeter.

Eric Walden of the Salt Lake Tribune quoted Gobert explaining the problems that the Jazz had defensively against the Clippers.

"The problem is if I don't come and help, we give up layups,” said Gobert. “The gameplan was for us to let Terance Mann shoot rather than letting Reggie Jackson or PG get layups. We tried to adjust with full rotations. They played perfectly on almost every possession."

On some level, this is a teamwide problem. The Jazz have poor wing defenders, and that allows opposing wings to pressure Gobert into either giving up a three, or leaving the basket.

Like it or not, narratives play a big role in award voting in the NBA. Gobert’s most recent narrative is this - the three time DPOY being exploited in the playoffs.

However, despite the power of narratives, and despite the fact that awards are often determined by them, Gobert remains at the top of the Defensive Player of the Year odds.

The problem here is that while Gobert might not be deserving according to the standards of DPOY’s past, he still seems like the best defensive player in the league.

Every other player in contention has serious knocks against them from either a narrative standpoint or a skill standpoint.

Ben Simmons entered the offseason after melting down in the playoffs, and while his defensive prowess is immense, he has another excellent defender on his team in the form of Joel Embiid, and having two DPOY candidates could distract from both of their candidacies.

Giannis Antetokounmpo is an amazing defender, but expends much of his energy offensively, leaving his best defensive efforts until the playoffs.

Anthony Davis is an excellent defender, but hasn’t played more than 65 games in a season since he was with the Pelicans.

Myles Turner is a solid defender, but it’s hard to argue that he’s actually better than Gobert, and his team is less likely to draw attention.

Bam Adebayo and Draymond Green are intriguing longshot candidates. Green could be in a higher profile spot in 2021-2022, with the Warriors expected to make noise in the West. Some, including Steve Kerr, thought that he should have won in 2021.

As for Adebayo, he’s already one of the best young defenders in the league. The question for him is if he can make a leap to affecting team defense on Gobert’s level.

All of the other contenders have legitimate problems in terms of actually proving themselves to be better than Gobert, which leaves bettors in the unenviable position of realizing Gobert's weaknesses, but doubting that anyone can pass him.