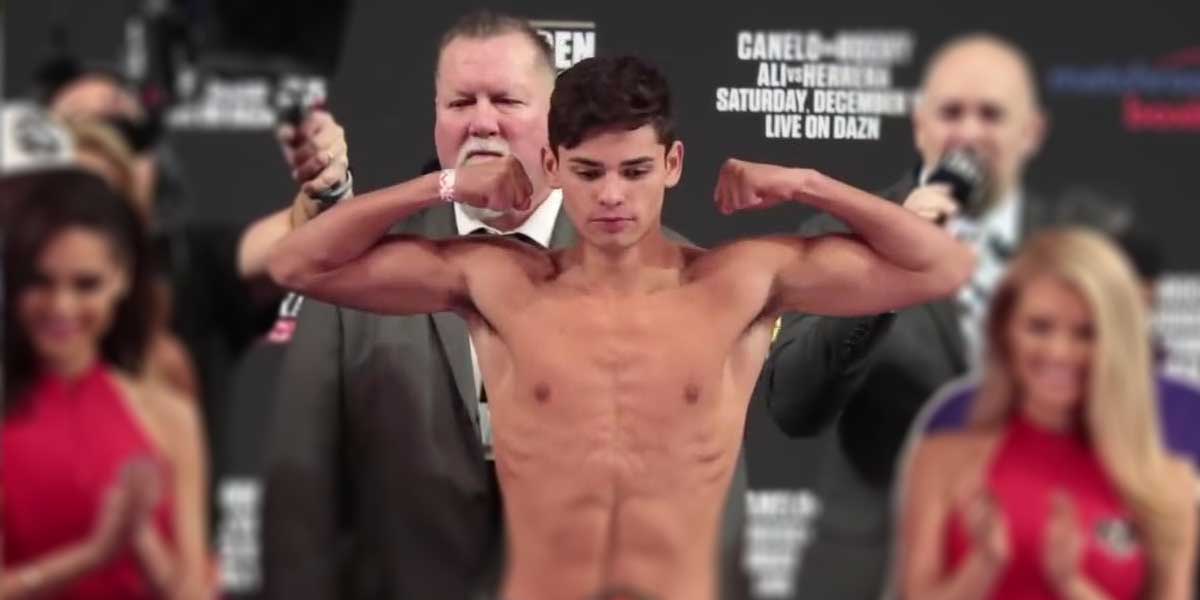 CARSON, Calif. – On Saturday, newly signed Golden Boy Promotions boxer Ryan Garcia will step in the ring at Dignity Health Sports Park to fight Avery Sparrow for a chance at 19-0. The undefeated Garcia has garnered much media traction in the last year with his lightning-quick hands that have dubbed him, “The Flash.”

Sparrow is roughly four-years-older than Garcia but gives up a considerable height and weight disadvantage to Garcia. For a boxer at that height (5’10) to have such quick punches with that long of a reach is simply impressive. Also, with only three knockouts in 10 bouts, Sparrow will probably have his hands full with a boxer like Ryan who can switch from speed to power as seen by his 83% knockout percentage.

Garcia has still yet to fight for a world title, but at just 21-years-old, he has established a reputation as a boxer with the likes the sport hasn’t seen since Oscar De La Hoya came onto the scene. A win for the Golden Boy will undoubtedly start to warrant bigger tickets and, of course, larger venues.

For Saturday night’s game, USA online sportsbooks are heavily favored towards Garcia to win the bout. The current moneyline on the match is -1600 for Garcia and +800 for Sparrow. What stands out about Garcia’s considerable edge in this match-up is the experience of both boxers.

While Sparrow has a winning record at 10-1, the 11 games are all he has to show for it in his short career. Garcia is a 15-time national champion, fought in well over 100 bouts in his successful amateur career and defeated Virgil Ortiz. We will know just how much experience has to do with it when these two square off Saturday night on DAZN.