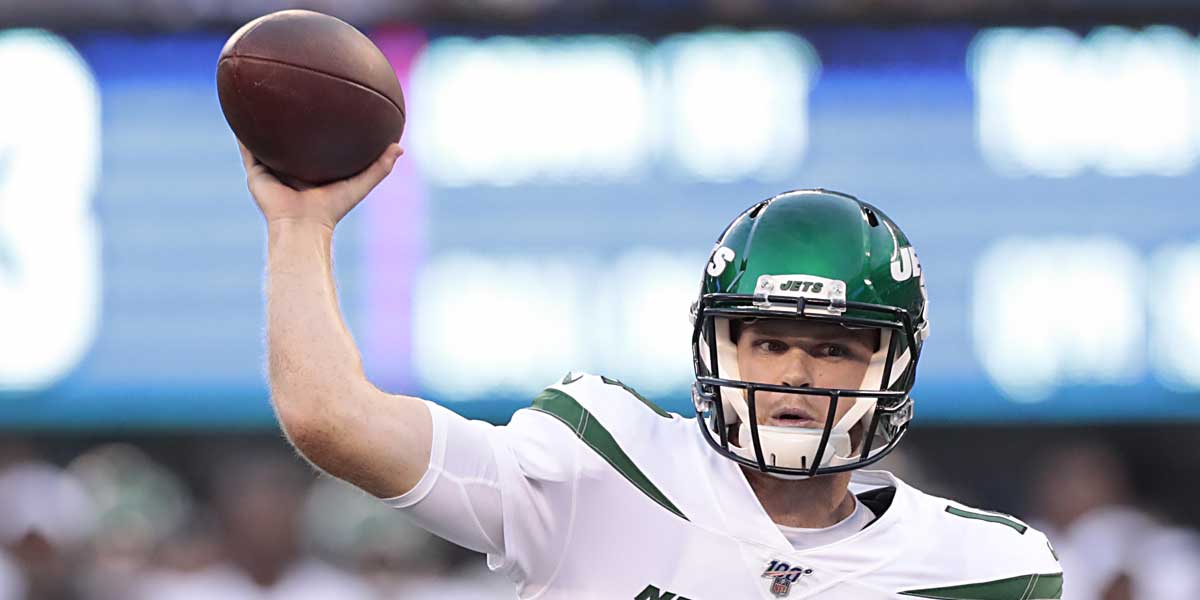 EAST RUTHERFORD, NJ. - It has been a tumultuous start to the season for the New York Jets; even with the addition of free-agent running back Le'Veon Bell, the Jets offense has been putrid this season. With a quarter of the NFL season now in the books, the Jets find themselves among some of the worst teams in the NFL and have yet to record their first victory of the season.

In a season full of early disappointments, Jets fans may have something to look forward to for the first time in a while. The return of second-year quarterback Sam Darnold after missing the last four weeks recovering from a bout with mononucleosis should give Jets fans some hope for the rest of the season.

Darnold was medically cleared to return to the field on Tuesday and will be the starting quarterback for the New York Jets this Sunday. In his return, Darnold will face the Dallas Cowboys, who are 7-point favorites to top the Jets at MetLife Stadium. If you’re considering betting on the spread in this matchup keep in mind that the Jets are 1-5 ATS in their last six games.

Although a 0-4 start is not ideal for any team no matter the sport, the Jets aren’t completely out of the AFC playoff picture yet. Getting Darnold back is significant for the Jets playoff hopes, but can the second-year quarterback lead the team to its first playoff berth since 2010? Sportsbooks seem to think it’s a longshot as they’ve given the Jets +1200 odds to clinch a playoff berth this season.

According to the playoff models from ESPN FPI, Football Outsiders, and Five Thirty-Eight, the New York Jets have a 4% chance of making the playoffs this season. However, the Jets' playoff odds at online US sportsbooks might not be as dim as they seem on the surface.

The Case For The Jets

The Jets have an easy upcoming schedule after their next two games against the Dallas Cowboys and New England Patriots. With matchups against other winless teams like the Washington Redskins, Miami Dolphins (2x), and Cincinnati Bengals on the horizon. From Week 8 on, the Jets opponents have a combined record of 15-33 which bodes well for the Jets playoff hopes. If the Jets win most of these games, they’ll still have a slight chance of miraculously making the playoffs as a Wild Card team.

The Oakland Raiders are currently holding onto the last Wild Card spot at 3-2. The Jets are only two games behind them and with plenty of games left to play, it’s too early to count the Jets out of the playoffs. Furthermore, the Jets play in the AFC where it’s simply not as hard to make the playoffs as it is in the NFC.

Darnold’s return will be big for a team that offensively is averaging an appalling 9.8 points per game. With Darnold back under center, the New York Jets entire offense should find it much easier to put points on the board. That will also help their defense out tremendously because they won’t have to be on the field as much.

Another return that should help boost the Jet's playoff chances will be when veteran linebacker C.J. Mosley returns to the defense after recovering from his groin injury sustained during Week 1. Mosley’s absence has been felt and his return will go a long way in helping a Jets defense that has had trouble trying to keep opponents from putting points on the board.

The Jets have had a rough start to the season, but with a lot of their key players returning we can expect to see a better Jets team as the season goes progresses. The Jets might even surprise many people by showing that they’re better at winning in the second half of the season than they are at losing. Either way, the Jets will be a better team with Sam Darnold under center.