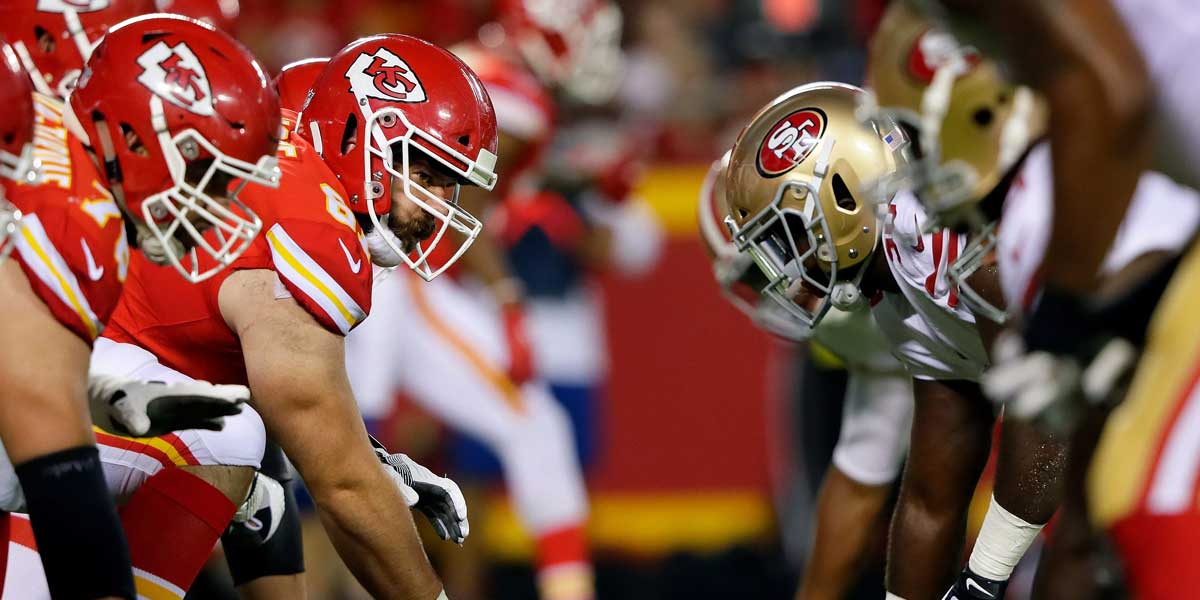 TALLAHASSEE, Fla. – The San Francisco 49ers face the Kansas City Chiefs in Week 3 of the NFL preseason on Saturday. This game will feature both teams giving their starters a significant amount of playing time, something that is very rare in the preseason these days. The 49ers come into the game undefeated (2-0) this preseason previously beating the Dallas Cowboys and the Denver Broncos. The Kansas City Chiefs have a 1-1 record in the preseason so far, having beaten the Cincinnati Bengals and losing to the Pittsburgh Steelers.

These two teams did play each other during the regular season last year, the Kanas City Chiefs winning the matchup 38-27.

NFL 2018 MVP Patrick Mahomes will get the start for the Chiefs and will see a significant amount of playing time in comparison to the previous preseason games. The Chiefs look to get back to the AFC Championship game this season, as Bovada has them currently listed at +350 odds to win the AFC championship with only the New England Patriots barely ahead of them at +325 odds. All eyes will be on Mahomes this season as he tries to prove that last years MVP season was not a fluke.

Mahomes will have all his weapons playing with him as wide receivers Tyreek Hill, Sammy Watkins, and tight end Travis Kelce will all see their playing time increase in this game as well.

The Kansas City Chiefs are a good bet to make the Super Bowl this year as they are currently listed by sportsbooks at +800 odds to win Super Bowl 54 trailing only behind the New England Patriots who are listed at +700 odds.

The 49ers look to get quarterback Jimmy Garoppolo in some form of rhythm after his dismal performance in his preseason debut after coming off a torn ACL just a year ago. Garoppolo went 1-6 throwing for 0 yards and 1 interception. USAOnlineSportsbooks.com thinks this should be a game where he can bounce back and find some rhythm before the 49ers travel to face the Jacksonville Jaguars in a Week 1 showdown. With Garoppolo healthy, it is now on him to show he’s worth the big-time contract he received before tearing his ACL last season. Having a healthy Jimmy Garoppolo will go a long way towards the 49ers reversing the 4-12 season they had last year.

The 49ers will not have running back Jerick McKinnon as he is still recovering from a torn ACL, look for free agent signee Tevin Coleman to start in his place.

Betting Odds on the 49ers and Chiefs Game