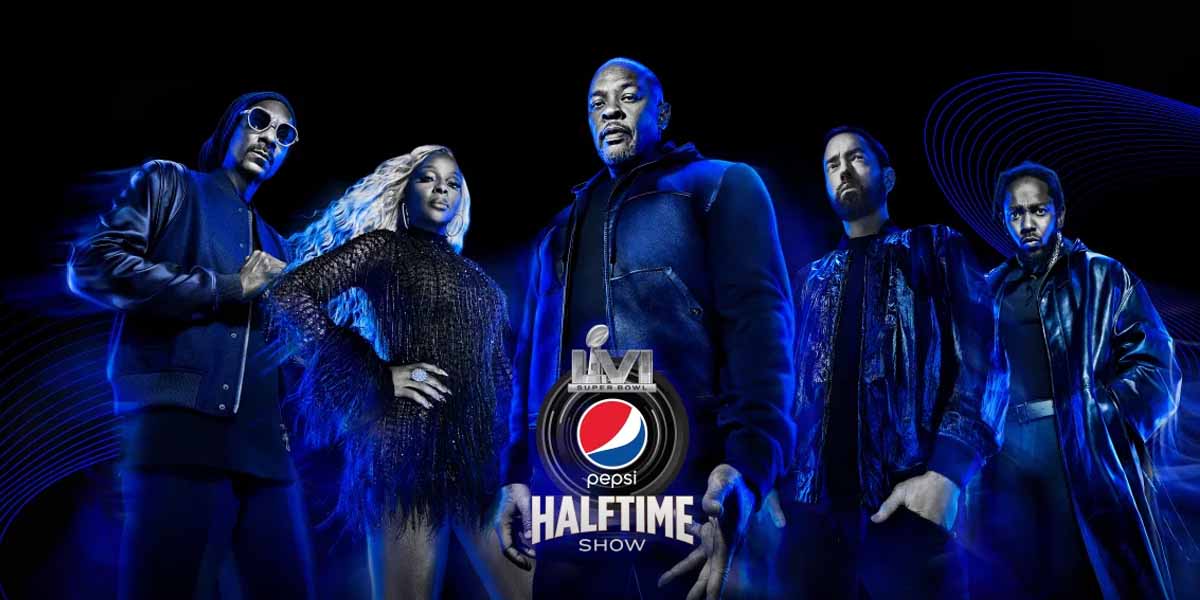 LOS ANGELES – The Super Bowl 56 Halftime Show performers have been announced and Kendrick Lamar, Eminem, Dr. Dre, Mary J. Blige, and Snoop Dogg will all be sharing the biggest stage of the year.

There are odds on sportsbooks asking if all five artists will collaborate for at least one song performed during the show. While these acts have all worked with each other on their own records, there is no current song where all five artists have been a part of.

With the Super Bowl being such a massive event, it would come as no surprise if all five artists end up making a song together to close out the show for fans, grand finale style.

Betting On The Halftime Show

All Five Artists To Collaborate Together For A Song?

This betting line has only one option for fans at online sports betting sites. This is the sportsbook’s way of avoiding major payouts for the No option, as that is far more likely to happen.

Looking at past performances, however, when the show has had multiple performers headlining, they tend to collaborate on a record.

During Super Bowl 54, Jennifer Lopez and Shakira headlined and collaborated on a medley of J. Lo’s “Let’s Get Loud” and Shakira’s “Waka Waka” singles.

With it being five superstars performing, it will be harder to have all five of them collab on a medley of all of their singles, but there is always another way the artists can connect for the show.

Dr. Dre has produced records for every single act performing during the Super Bowl including himself. In fact, Dr. Dre is responsible for discovering Snoop Dogg, Eminem, and Kendrick Lamar, and is viewed as the catalyst for all their careers.

A medley of Dr. Dre produced songs with all five acts performing at once is highly likely to happen. In fact, Dre may produce an entirely new single for the Super Bowl with all five artists included with parts.

With both possibilities, taking the +150 odds on Yes at NFL sportsbooks might be the way to go on this wager.