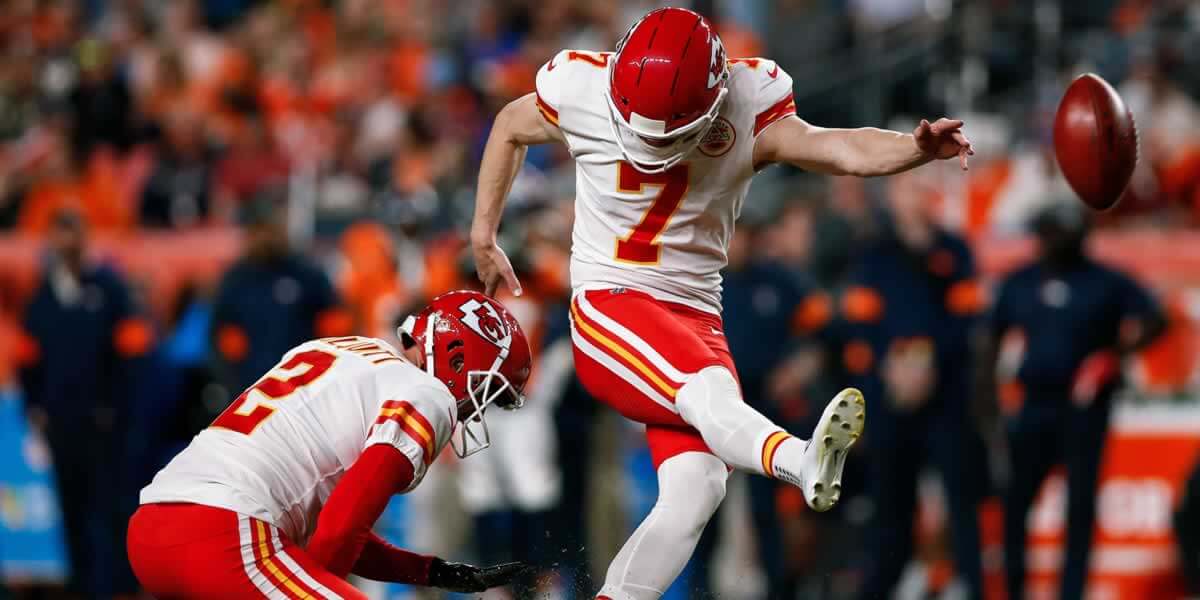 Butker has been a stellar player for the Kansas City Chiefs so far this year. There are two main prop bets you can get on Butker – whether or not he will miss a field goal, and how many total points he will score.

For extra points, Butker is 45/48 on the season and nine for nine in the playoffs. In other words, he rarely misses.

The pressure of the Super Bowl can be intense, however – it is, after all, likely the biggest game Butker will ever play in, and that kind of pressure can influence kickers and thus, can influence the online sportsbooks that make these odds. Butker is an 89% field goal kicker, however, and this could be a good value bet even at -200.

Butker’s over/under line for points scored is set at 7.5. The over is set at -125 odds, while the under clocks in with +105 odds. In the regular season, Butker scored 147 points over the 16 games he played, for an average of 9.1 points per game.

Butker only had five games during the season where he scored less than 7.5 points. In the playoffs, however, Butker hasn’t even been asked to kick a field goal – he is 9 for 9 on extra points, but zero for zero on field goals, as the Chiefs have played extremely aggressively with regards to scoring touchdowns over settling for field goals.

Butker might not even get the chance to miss a field goal in this game – and he hasn’t missed a playoff extra point yet.

From the 24-year-old Butker in Kansas City, bettors can now focus on the 37-year-old Robbie Gould, San Francisco 49ers kicker. This is Gould’s third season with the 49ers after spending the majority of the rest of his career with the Chicago Bears.

Gould’s regular season was shaky in this regard, but his playoff performance has him with the same odds as Butker. This is certainly an interesting proposition.

Gould’s over/under is set at 7.5 points, just like Butker’s. Gould has had only four games during the regular season underneath that mark, so that is a good bet to keep an eye on.