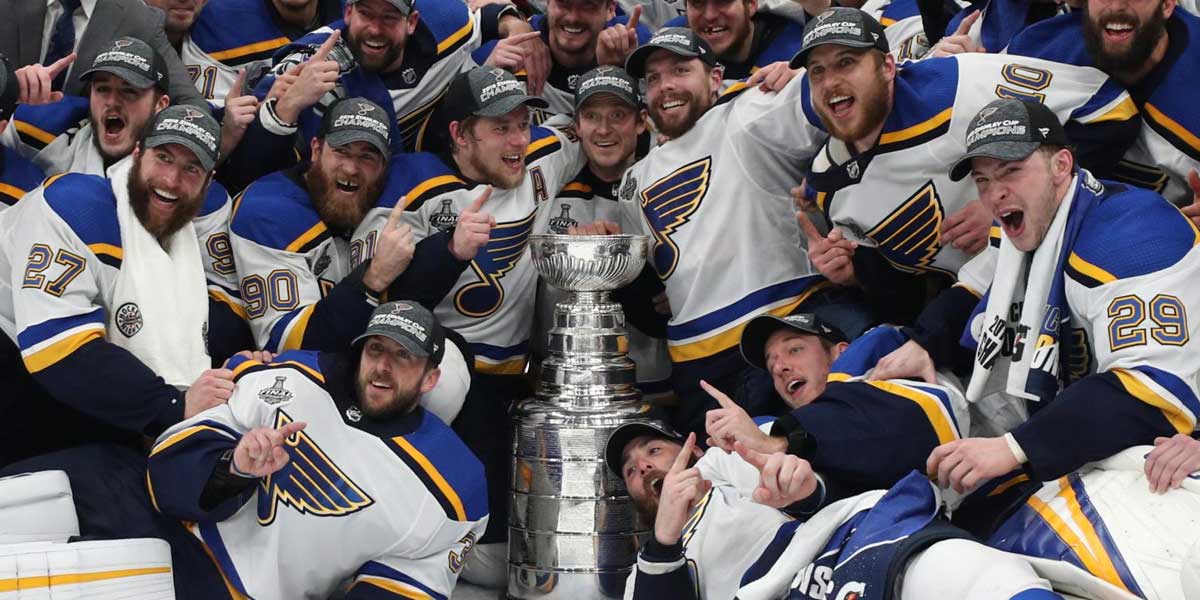 St. Louis – The St. Louis Blues are Stanley Cup Champions for the first time in their franchise’s 52-year history.

Many will be celebrating through the streets of Missouri and Illinois but none more so than a lifelong fan, and now famed sports bettor, Scott Berry.

Berry took a chance on his hometown team when the Blues were last place in the NHL.

The betting slip was submitted at the Paris Las Vegas Hotel & Casino – a Caesars property.

The opportunities to hedge his wager become more and more pressing, as the Boston Bruins regained home-ice advantage twice in the series.

As a lifelong fan, Berry had no interest in hedging and decided it was $100,000 or nothing.

In an interview with Darren Rovell before Game 7, Berry explained his emotions.

“This whole thing the last month or so has been really just surreal for me. I’ve kept faith in these guys … and I’ve got full faith (tonight). I refuse to hedge.”

It turned out to be a smart decision to trust his instinct, as Berry could have lost anywhere from $750 to $50,000 in attempts to play both sides.

USAOnlineSportsbooks.com has learned that since the win, Berry has claimed to have not slept much but will be returning to Paris Casino shortly to be paid out.