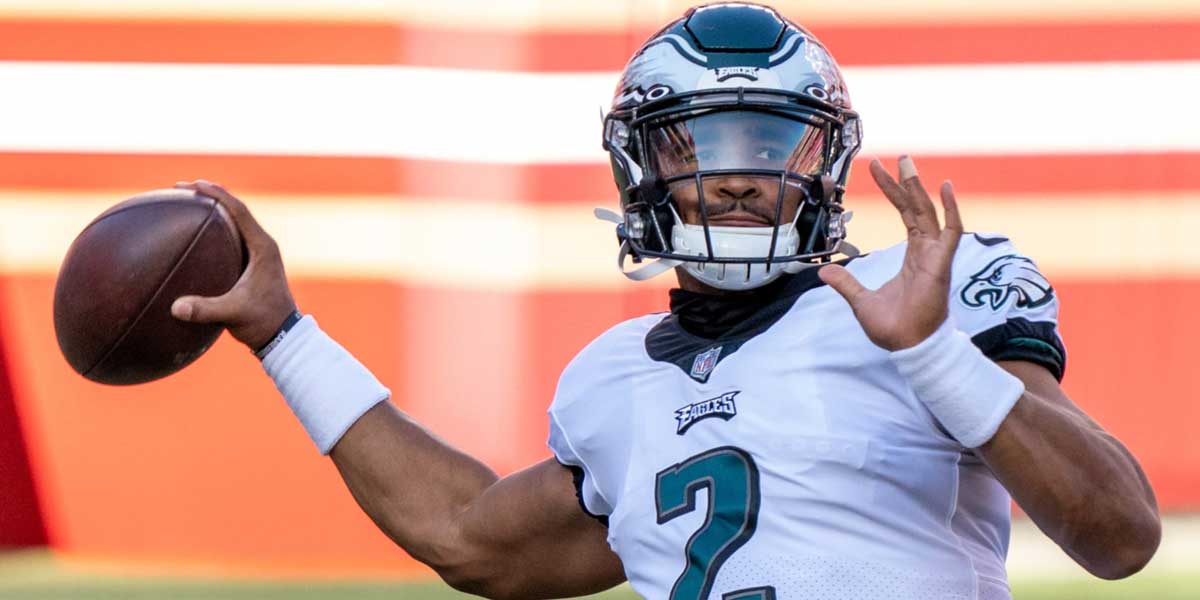 PHILADELPHIA – Monday Night Football travels to the city where it’s always sunny for a battle of the birds as the Seattle Seahawks face the Philadelphia Eagles.

The Seahawks come into this one with a record of 7-3 and looking like they are locking up another playoff appearance. The Eagles meanwhile are sitting at 3-6-1, but are still just a game out of the lead in the NFC East.

A win is much more important for the Eagles here, but that is a hard-pressed task for a team that is still searching for an identity on both offense and defense. While the Seahawks have been historically bad on pass defense this season, they still come into this game as a 6.5-point favorite.

Instead of betting the spread, major online sportsbooks are offering a number of valuable player prop bets that have attracted the attention of sports bettors.

Each bet posts a stat line and gives bettors the chance to decide if the player goes over or under that line for the game.

Out of all the wagers to work with here, there are five of these lines that stand out upon immediate analysis.

Wilson goes up against an Eagles pass defense that is notably weak outside of Darius Slay. Wilson has already thrown for over this number in six of his 10 games this season, and is poised for another big night on Monday.

Sanders has been hit or miss this season, but can easily eclipse this mark against a Seahawk defense that is still filling in the gaps.

The Seahawks have been better against the run since adding Carlos Dunlap, but Sanders has rushed for over this number in six of his seven played games this year.

Sanders is also averaging around six yards per carry, meaning this will likely come down to his amount of carries late in the game.

DK Metcalf has burst onto the scene this season thanks to a dynamic tandem with Russell Wilson and fellow wideout Tyler Lockett. Metcalf is not only the largest skill player on the field in most scenarios, but he is routinely making superstar players in just his second year in the NFL.

I just saw this angle of DK Metcalf putting Patrick Peterson on skates for the first time and all of the ligaments in my knees exploded simultaneously
pic.twitter.com/eZuotS2pIg

This bet will largely come down to which receiver is covered by the Eagles CB1 Darius Slay. If Lockett is the targeted receiver, Metcalf could go for another huge day. If Slay is on Metcalf to start the game, it wouldn’t be a bad idea to consider Lockett’s NFL prop bets instead.

The struggles of Carson Wentz have been well-publicized. The fourth-year QB has regressed immensely in 2020, with an average QB rating of 73.3 on the season.

Wentz has only thrown for over 240.5 passing yards in four of his ten games, with two of those coming at the start of the season.

While the Seahawks' pass defense is weak, many won’t be surprised to see Wentz getting benched in the second half if he continues to fail to get the ball down the field.

Speaking of Carson Wentz getting benched, Eagles backup Jalen Hurts has begun to receive some hype as a possible replacement for the maligned quarterback.

Nothing would spark this debate more than if Hurts was able to come out and score the first TD of the game. The Eagles have run Hurts in some goal-line situations already this season, and at +1200, this bet is worth a flyer.