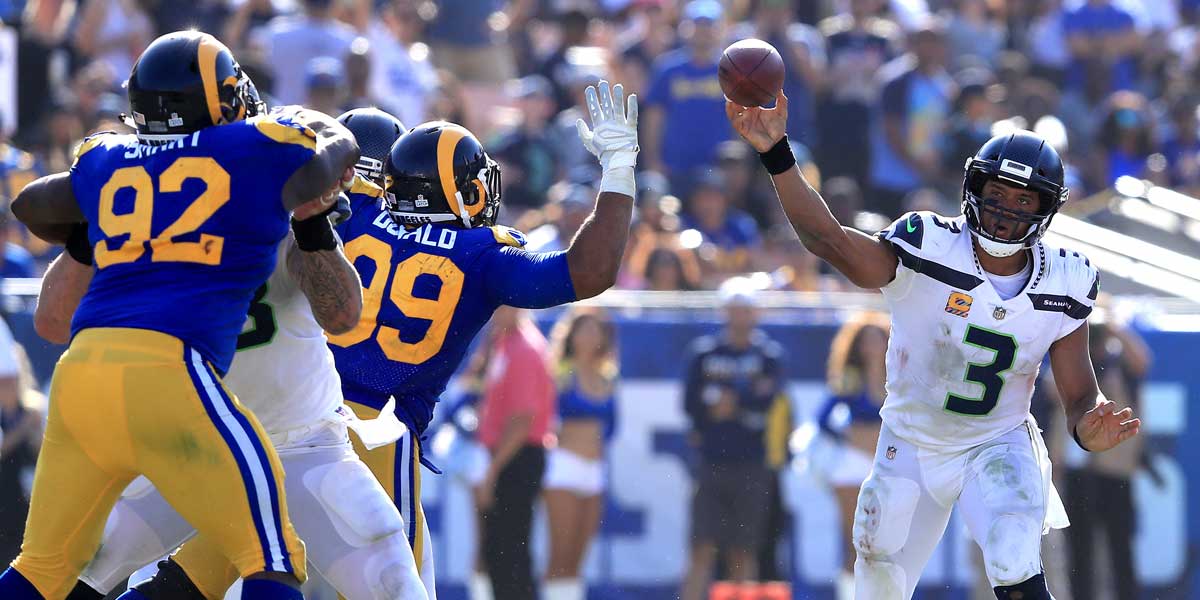 SEATTLE – The NFL heads into the first week of the playoffs this weekend with one marquee matchup between the Los Angeles Rams and Seattle Seahawks drawing the attention of bettors.

The Seahawks are just a 3.5-point favorite on the spread against the Rams despite LA likely being without starting quarterback Jared Goff, who is still dealing with a thumb injury.

Bettors can find the odds for the game on any of the online sportsbooks, where the Rams are available for +160 betting odds on the moneyline.

These two NFC West rivals already met twice this season, splitting the season series. The Rams won the first matchup back in November 23-16, but Seattle evened the series in Week 16 by a score of 20-9.

The key development in that final matchup between these teams was a thumb injury suffered by Rams’ QB Jared Goff. Goff was replaced by John Woodford, who failed to put together anything substantial for the Rams’ offense.

Head Coach Sean McVay was nothing but mysterious when asked about Goff’s status for Saturday’s game. When asked when he will make a decision on Goff playing, McVay answered:

That would be just one minute prior to the game’s pacific start time of 1:40 p.m.

Even with Goff, the Rams have had their struggles, posting only 23.2 points a game throughout the season. They will be going up against a Seahawks team that ranks top 10 in scoring offense, so points will be necessary to advance and continue LA’s dreams of making it back to the Super Bowl.

With QB John Woodford likely making his first career playoff start for the Rams, many NFL sports bettors are questioning why the line is available for only 3.5-points towards the Seahawks.

The Rams do have one of the few elite defenses in the NFL, but taking the Seahawks and Russell Wilson at home in the playoffs is never a bad bet.