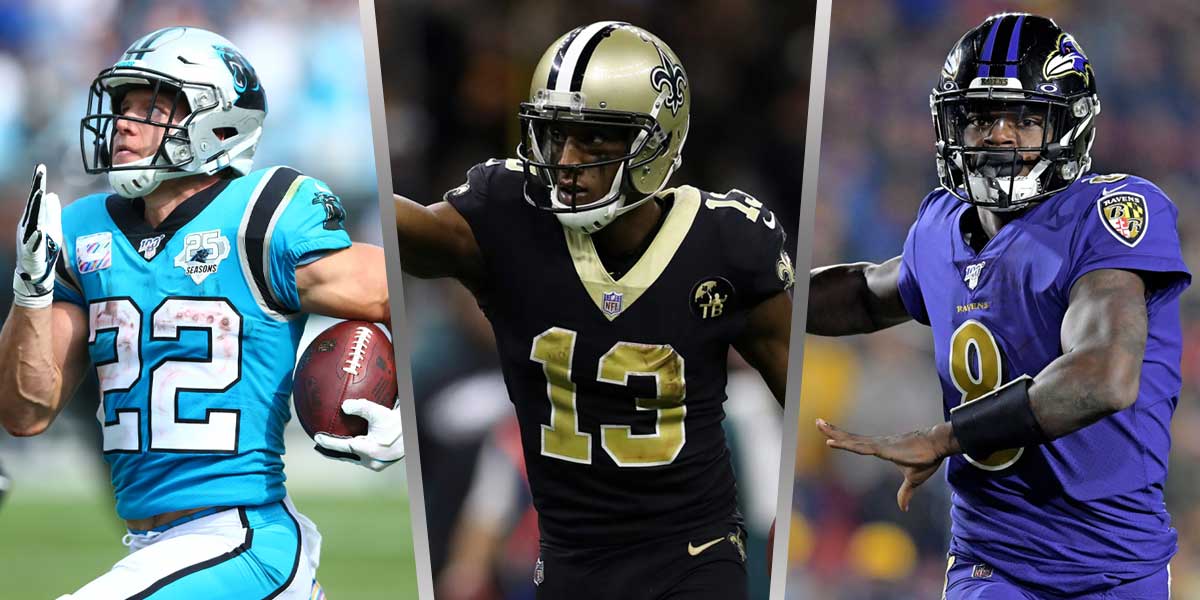 NEW YORK - Many NFL fans are mainly excited about the return of football action and the start of the season so they can begin the very popular fantasy football experience.

Christian McCaffrey is ranked No.1 in ESPN’s Fantasy Football rankings and for good reason. In 2019, he finished the season with 1,387 yards, 15 TDs and was on the field for 93% of offensive snaps.

The young running back has set expectations and though he will have a new coach this season, he will continue to be an extremely important part of the Carolina Panthers’ offense.

McCaffrey is also a threat down the field and his name can even be found in odds on online sportsbooks for having the most success in receiving the football this season.

Michael Thomas, another highly sought after fantasy player, has the closest odds to end the regular season with the most receiving yards. Last year, he finished first in the league with 1,725 yards and he set the single-season record for receptions with 149.

The player with the next closest receiving yards from last season was Julio Jones which could make his +1600 odds a good pick.

The dual-threat quarterback is a top tier fantasy weapon and fun player to place wagers on throughout the season. In his last season, he passed the 1,000-yard mark in rushing yards and finished with a little over 3,100 passing yards.

With the Baltimore Ravens’ big hopes at a Super Bowl run this season, he could easily exceed this year’s lines. He could also be the best pick in someone’s fantasy draft.