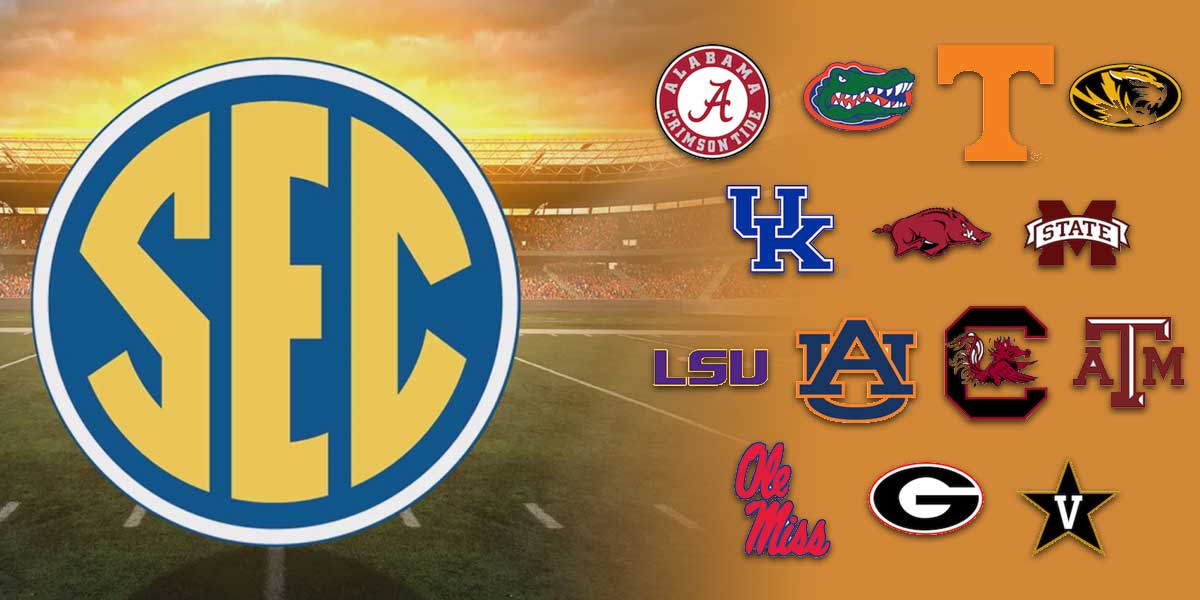 ATLANTA — The 2020 College Football season is unprecedented in many ways during the coronavirus pandemic. Starting the CFB season without SEC Football made the game feel empty in its initial return.

This week, SEC Football is back as some of the best football programs in the nation begin their journey for a berth in the College Football Playoff.

Due to the COVID-19 pandemic, there will only be SEC conference teams playing each other during the regular season. While no out of conference games will be played, the SEC will be the conference all eyes are on with eight teams ranked in the Top 25 in action this weekend.

SEC 🏈 is finally back!

Send us a photo or video of how you're supporting your team this weekend with #ShowYourSaturday pic.twitter.com/4GMYS6Wqts

The Florida Gators will look to make the College Football Playoff for the first time in program history. Head Coach Dan Mullen has given the keys to the offense to senior quarterback Kyle Trask after leading the Gators to an 8-2 record as a starter last season.

Ole Miss will look to start the Lane Kiffin era with a big win over a conference rival. They’ll look to snap a five game losing streak in conference play, but it won’t be easy. This could be a rough first game for Kiffin and crew but they’ll look better as the season progresses.

Best Bet: Under; The total has gone under in four of the last five matchups between the Gators-Rebels.

This will be the only matchup of top 25 ranked SEC teams this weekend for bettors at online sportsbooks as Kentucky will start life without offensive weapon Lynn Bowden Jr. who declared for the NFL Draft last season.

This Kentucky team is talented but a lot of questions remain if they’ll be a legitimate contender in the SEC this season. The Wildcats will have to play a flawless game to knock off Auburn at home.

Auburn will be led by a more experienced Bo Nix this season and they’ll entrust the second-year starter with more responsibility as they lost some key contributors to the NFL Draft. Nonetheless, at home they should be able to edge out a close game over a Kentucky Wildcats team that has quite a few unknowns.

Best Bet: Auburn ML (-290); The Tigers have won the last two matchups against the Wildcats and have a 4-1 mark overall against Kentucky in their last five games.

The LSU Tigers will begin their national title defense with pretty much an entirely new team.

They lost a lot of talent in the most recent NFL draft but should still find themselves in the hunt for a spot in the SEC Championship game. Myles Brennan will be under center for the Tigers and while he’s not Joe Burrow expect the Tigers to still beat the brakes off of Mississippi State.

Mississippi State will start the Mike Leach era with a tough task facing the defending national champions. Leach’s air raid offense meets SEC defenses in what should make for some entertaining battles down the road.

The Bulldogs will be a force on the SEC football scene in the upcoming years but there times isn’t now as they’ll be overmatched by LSU.

Best Bet: Under; The under has hit in five straight matchups between Mississippi State and LSU.

While the Georgia Bulldogs will be without prolific passer Jamie Newman who opted out of the season. Head Coach Kirby Smart has a decision to make between JT Daniels or D’Wan Mathis.

Playing against the Razorbacks it’s likely both get work in what should be a blowout win for the Bulldogs.

The Razorbacks will have Felipe Franks starting under center as he makes his return from injury. Facing Georgia in the first game Franks will have a tall task as this Arkansas team is not as talented as the Gators team Franks played with earlier in his career.

Franks has had some struggles against Georgia and it is unlikely he pulls off the upset here.

The Alabama Crimson Tide look to start the season off strong with a win over Missouri as Mac Jones looks to stake his claim in school history. Alabama knows what the expectation is and they’re primed to compete for a national championship this season.

Missouri will look to bounce back after they finished with a 6-6 record last season. While a starting quarterback has yet to be announced they’re playing Alabama this week and it won’t matter who the signal caller is they’re going to lose by at least twenty points.

Best Bet: Alabama ATS (-28.5); The Crimson Tide have a 3-0 record ATS when facing the Missouri Tigers in the past three games.

Texas A&M will once again lean on Kellen Mond to take the Aggies over the top this season.

Head Coach Jimbo Fisher should be well acclimated in College Station now as the football program needs to take the next step and make the College Football Playoff. Led by Mond, the Aggies should beat Vanderbilt easily.

Vanderbilt will look to make out of the bottom of the SEC this season after finishing 2019 with a 1-7 record in conference play. True freshman Ken Seals will be the starter for the Commodores and hopefully he’ll give coaches confidence in him in what will be a welcome to college moment for the first-time starter.

Best Bet: Texas A&M ATS (-30.5); Texas A&M has covered the spread in their last two matchup against the Commodores.

The Tennessee Volunteers look to continue the resurgence of their football program.

The Volunteers finished last season with a 5-3 mark in SEC and finished the season on a six-game winning streak. They’ll have a tough matchup against the Gamecocks but this is a very winnable game for Tennessee.

The Gamecocks will roll out Collin Hill for his first career start after he beat out Ryan Hilinski in camp. South Carolina is a pretty talented team and if Hill can take care of the ball in his first start the Gamecocks could pull off the upset at home.