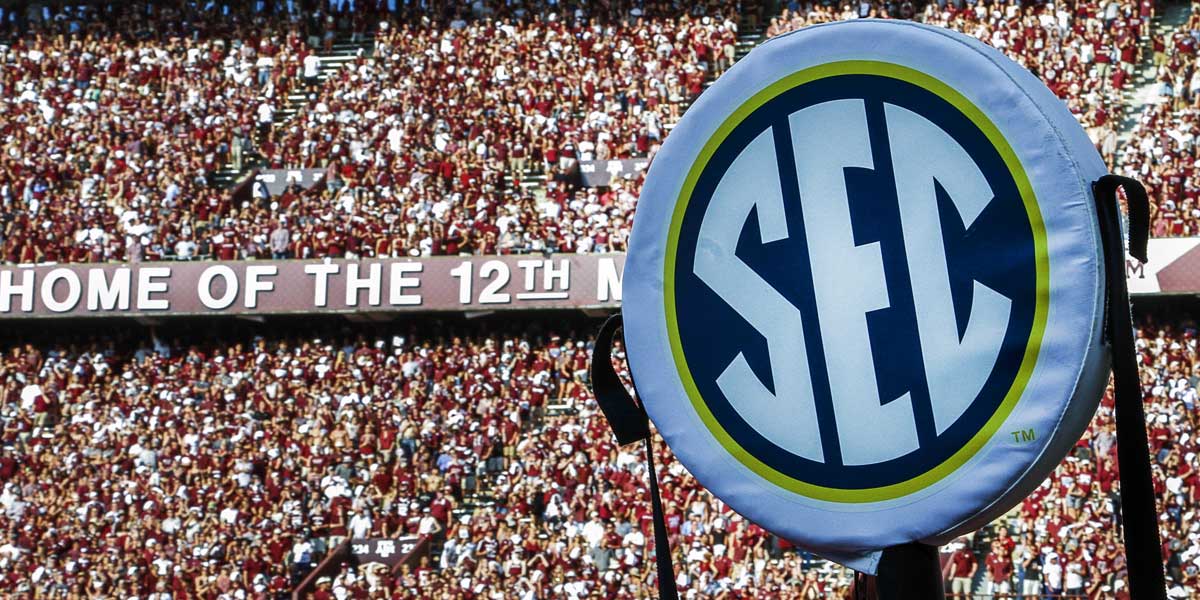 BIRMINGHAM, Ala. – The SEC football season is scheduled to kick off conference play on Saturday, August 31 when the Georgia Bulldogs visit Nashville to take on the Vanderbilt Commodores in the only in-conference game of the extended opening week.

Though we are over two-and-a-half months away from the start of the season, USAOnlineSportsbooks.com knows sports bettors are always looking for the best action. Odds have been released by SportsBetting.ag, setting the standards for win totals. Some of the elite teams even have odds for their chance to make the Final 4 Playoffs and the odds to win the College Football Playoffs:

The University of Alabama is favored across the board, as the most likely to win the SEC and most likely to win the CFP. With Heisman-candidate favorite, Tua Tagovailoa (+250) at the helm, there is nothing this team can’t accomplish. The team lost four 1st-round picks to the NFL Draft, but that hasn’t seemed to stop them before.

This is Chad Morris’ second-year as head coach of the Razorbacks. His time spent in Fayetteville was rough during his first-year, only winning 2 games, including 0 of them in conference play. In Morris’ four-year coaching experience, he has never led a team over 7 wins.

Since reaching the BCS National Championship Game in 2013, Auburn has failed to live up to that legacy. Only attaining double-digit wins one time and hovering at the seven- or eight-win mark for the remaining four seasons, the Tigers will look to capitalize this season after routing Purdue in the Music City Bowl last year, 63-14.

Coming off an unexpected 10-win season last year, the Gators will look to keep the momentum going. Though this team will not likely win the CFP, the odds of them hitting 9 wins is rather straightforward. Head Coach Dan Mullen has now coached for 10 years in the SEC, so don’t expect his second year at Florida to be filled with a step backward.

Georgia has only lost two conference games over the span of the last two years (excluding two losses against Alabama in the CFP Championship and SEC Championship game in back-to-back years). Making the Final 4 teams three years in a row is expected to be a major challenge; however, Kirby Smart’s record against SEC teams should prove their worth this year.

Oddsmakers are unsure how to react to Kentucky and their success last year. Not only did they win a bowl game for the first time in Mark Stoop’s six-year history at the school, but they also hit the 10-win mark. Slated to finish behind Georgia in the SEC West, their run to a CFP title may be a challenge but look for updates on their win total for an easier wager.

LSU has only broken the 9-win mark once in Ed Orgeron’s three-year career in Baton Rouge; however, that came last year, when the Tigers went 10-3. Besides a routing by Alabama, the two games lost by LSU last year were both one-possession games, totaling a difference of 10 points. LSU can certainly make some noise if they can hold that energy.

The oddsmakers have put the Bulldogs right on track with their results from last year: 8 wins. However, second-year coach, Joe Moorhead, has proven his abilities at Fordham to create a winning program. Last year was a major learning curve for Mississippi State, who will come into this season with one more year of experience in Moorhead’s and Bob Shoop’s (defensive coordinator) battle plans.

A win total has yet to be posted for Missouri, but it wouldn’t be surprising to not see one cross the betting board. Under head coach Barry Odom, the Tigers have won 19 games over the course of three seasons, always staying at that mediocre level. Their chances are small to win it all but their hope is focused more on improving day to day. In fact, last year was the first time the team hadn’t lost 4 games in a row during a season under Odom.

New coaches Jeremy Pruitt, Tyson Helton, and Kevin Sherrer didn’t do as well as they would have hoped in 2018, finishing last in the SEC East. However, improvements happened all around from their in-conference record getting more than 0 wins (as seen in 2017) to their victory over an SEC West team for the first time since 2010. The Volunteers are fortunate enough to host eight games this year in Neyland Stadium, so there is a definite possibility to surpass the 7-win projection.

A win total of 7.5 seems rather low for a Jimbo Fisher led Aggies team. Last year, TAMU won nine games in Fisher’s first year. Throughout his nine-year head coaching career, Fisher has won less than eight games only once – his last year at FSU. With eight games played this year in their home state and the team currently on a 4-game win streak, the Aggies will look to play spoiler for many SEC teams in 2019.

*Betting odds for the Mississippi Rebels, South Carolina Gamecocks, and Vanderbilt Commodores were not present on SportsBetting.ag at time of posting.