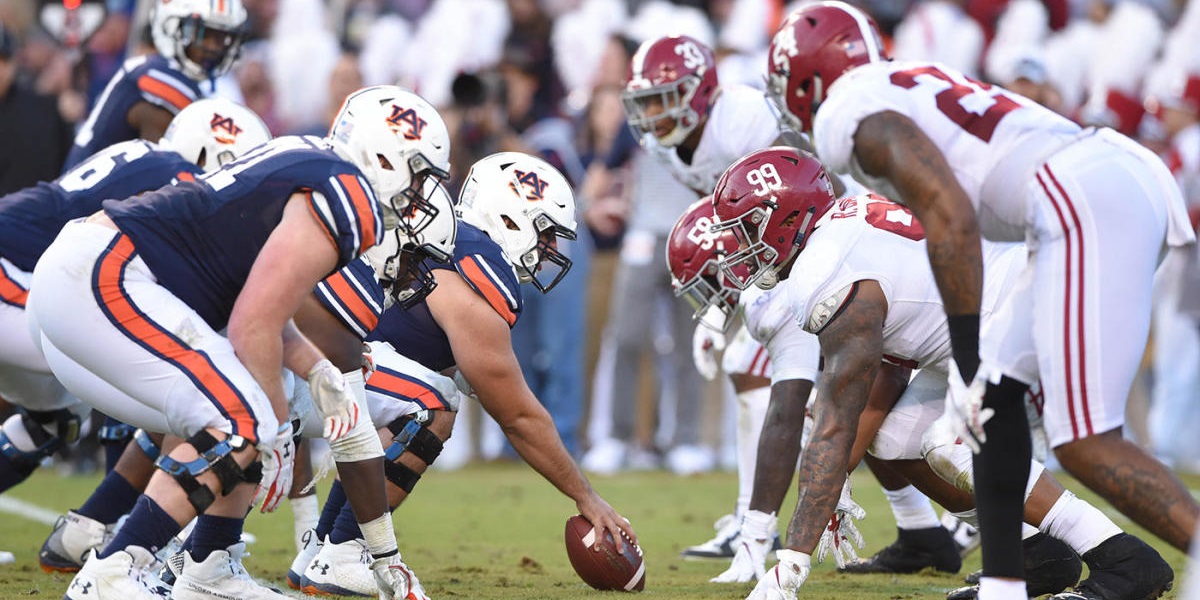 First, the Iron Bowl between the Alabama Crimson Tide and the Auburn Tigers has serious CFB Playoff implications if Alabama loses.

Then, the Egg Bowl between Mississippi State and Ole Miss is always an excellent watch, and CFB gamblers should take note.

Alabama enters this matchup with Auburn as a big favorite on the moneyline and the spread, but there are some warning signs.

Warning sign number one: Nick Saban has been diagnosed with COVID-19, and it’s not a false positive this time. Saban’s absence could be an important factor in the game.

"I have confidence in our coaches and our players that they'll be able to do what they have to do,” said Saban said per ESPN. “I mean, we've all got to live with the consequences of what happens whether I'm standing there or not. So that's something I hope everybody realizes."

That said, Alabama is favored by absurd amounts on both the spread and the moneyline.

The spread sees Alabama as favored by three touchdowns, a field goal and the hook. That’s a fairly astonishing number.

The moneyline sees Alabama as a -2000 favorite, which is an investment with an ROI of 5%.

By every metric, Alabama is the favorite in this matchup, from offensive efficiency to defensive prowess.

Auburn is much more confusing and has a 4-3 ATS record for the season.

The Iron Bowl isn’t the only game in town as far as SEC Rivalry Week games, however, as the Egg Bowl pits the Ole Miss Rebels against the Mississippi State Bulldogs.

These teams have underperformed a fair bit, but there is serious talent on both sides of the ball, as well as heated energy behind this rivalry.

Ole Miss enters this game as favorites, with a 3-4 record and a good performance against Alabama under their belt. Mississippi State are underdogs, at 2-5. Interestingly, they also boast a 2-5 record against the spread - they’ve been worse than Vegas has expected them to be.’

The moneyline sees Ole Miss as fairly significant favorites with -340 odds to win. This bet represents a 29% return on investment should Ole Miss win.

Mississippi State are +270 underdogs, which is a fairly significant number. They deserve to be underdogs in this matchup, and +270 might not be generous enough to entice bettors to wager on them.

Most online sportsbooks have the spread at a steady -9.5 for Ole Miss, with no shading on either side of the bet beyond the vig.

9.5 points is an interesting place for it to be set at - three field goals and the hook, or from another perspective, a touchdown, a field goal, and a downward hook.

Ole Miss has flashed a high powered offense at times, including against Alabama, and if they manage to show up for this game in the same fashion, they have a very good shot at covering this spread.