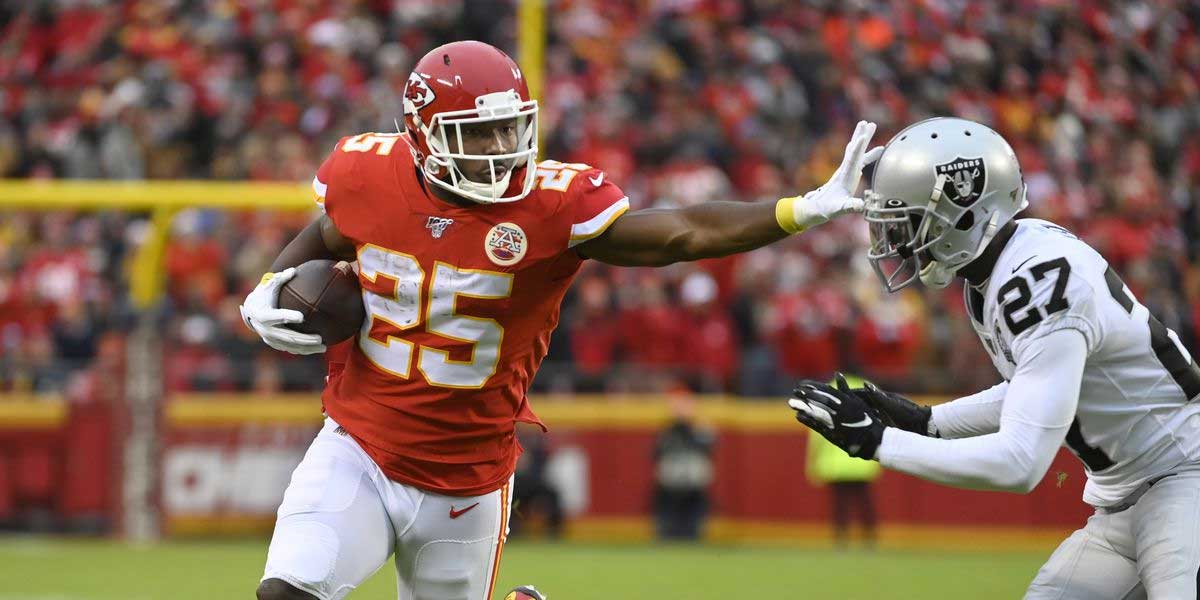 LeSean McCoy asked if he’d retire with a Super Bowl win: “I can still play, so I’m not going to retire yet, but that day is coming.”

McCoy, who hasn’t played a snap for the Chiefs in the playoffs, is an interesting consideration for prop bettors going into the Super Bowl.

This will be McCoy’s first Super Bowl appearance, and, towards the end of his career, there might be an eye towards getting the veteran running back a touchdown in the Super Bowl, where he would be placed in elite company.

McCoy might even get some preferential treatment in that regard due to his longstanding relationship with Chiefs head coach Andy Reid.

McCoy played for Reid when Reid was the head coach of the Philadelphia Eagles, and had many of his best seasons playing for Big Red in Philly.

There are several bets available for sports bettors who would like to bet on McCoy’s Super Bowl scoring output.

The odds for McCoy to score a touchdown at any time are +600, a surprisingly high number considering the veteran hasn’t played yet in the playoffs for the Chiefs.

This gives McCoy slightly better odds than San Francisco 49ers quarterback Jimmy Garoppolo, who is +750. Of course, this only refers to receiving or rushing touchdowns, and Garoppolo is not someone who often rushes the ball or catches passes, obviously.

If those odds aren’t rewarding enough, McCoy is +3300 to score the first touchdown of the game, in the general vicinity of Kyle Juszczyk and Darwin Thompson, who are not players known for their touchdown scoring prowess.

No matter what happens for McCoy, it’s always rewarding to see a veteran make one last run, and viewers will have a chance to see McCoy’s, if it happens.