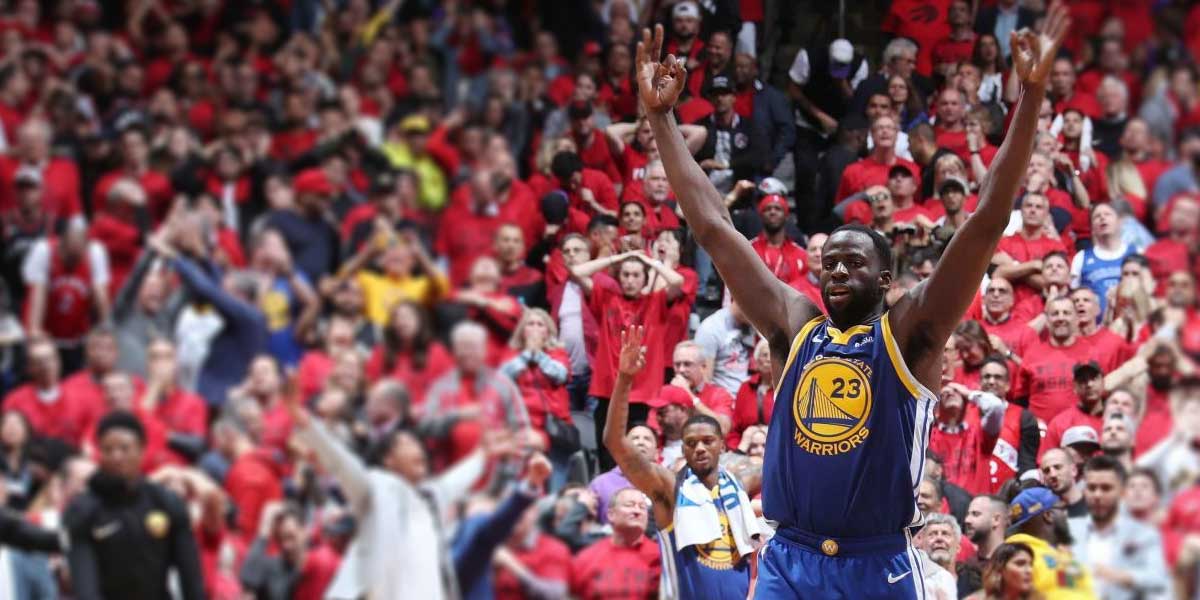 OAKLAND, Calif. – Kevin Durant may have suffered a more serious industry in Toronto on Monday, but the Warriors are officially back in the series.

Down 3-1 entering Game 5, the Raptors couldn’t close the series out on their home court, thanks to a 31-point game from Steph Curry.

Curry has now surpassed 30 points in nine of his last twelve games and is doing everything in his power to secure a third-straight NBA Finals victory for his team.

The Warriors (-3) are favorites heading back home to Oakland and the over/under (211) is set at its lowest level of any of the Finals games so far.

For those who believe the Warriors will be victorious in Game 6 should take advantage of the odds for the Warriors to win the series (+215).

Keep in mind that these odds are different between every online bookmaker. For the same outcomes, the odds on SportsBetting (as compared to Bovada above) are much better if you’re looking to take action on the Warriors.

Here, the Warriors series price (+255) is nearly a 20% higher payout, though selecting the exact series result is fairly similar across the oddsmakers.

Other notable action to look out for includes prop bets. A safe play may be to take the over on the 3-point shooting percentage of the Warriors (37%). The Warriors have been shooting just over 38% in the NBA Finals and have reached this mark on all 3-pointers at home during the playoffs (117/316).

Either way, USAOnlineSportsbooks.com knows the betting odds and prop bets are out in full force for Game 6. With an experienced team playing at home, the likelihood of this going to Game 7 isn’t out of the question at all.

Game 6 tips off Thursday in Oakland at 9 PM EST on ABC.