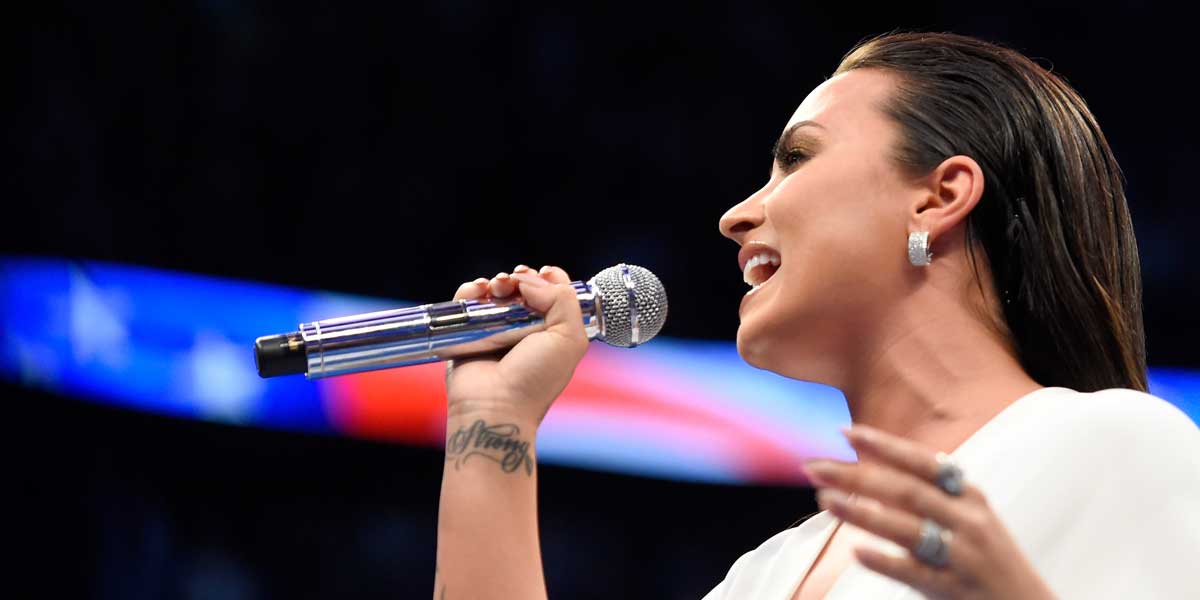 MIAMI - Sportsbooks like MyBookie are posting more prop bets regarding performer Demi Lovato for Super Bowl 54. The singer was chosen to sing the National Anthem prior to the start off the Championship game. Sports bettors have the opportunity to wager on a number of bets involving Lovato.

Demi Lovato Has Become Quite Propular

More than a year ago, Demi Lovato nearly died of a heroin overdose and now she is singing the National Anthem on the world’s biggest stage. It’s a definite fairytale ending for the world-renowned singer. However, being part of the Super Bowl has left her open to prop bets by sportsbooks and there are quite a few.

SB LIV will be a huge party scene and what comes with a party scene? Recreational temptations. One wager up is “Will Demi Lovato Re-Enter Rehab?” The stipulation is that it has to be within 30 days of the Super Bowl. “No” is the favored answer with odds of -1000 while “Yes” has odds of +550. For the sake of her health, bettors should hope the heavy favorite is the winner of this wager.

Will Demi Lovato omit a word during the National Anthem? Given her history and normal jitters in general for performing, it wouldn’t be unheard of if the songstress did.

“No” is the favorite among sportsbooks with odds of (-600) while “Yes” is at (+350). Better, more seasoned performers have been known to make a mistake or two so it’s very possible the underdog could win this faceoff.

The next wager is more game affiliated. Sports bettors will have to answer the question, “Will any team have a scoring drive that takes more or less time than the National Anthem?” Bookmakers believe that either the San Francisco 49ers or the Kansas City Chiefs will be able to have a scoring drive that takes less time (-300) than it will take Lovato to sing the song. “No” is at (+200).

Of the two teams playing, Kansas City has the most favorable chance to score in less than the estimated two minutes it will take to sing the Anthem. During the divisional round of the playoffs, the Chiefs were able to score four touchdowns in the second quarter alone.

Sports betting sites are loaded with prop bets for Super Bowl 54. These are just a few wagers that have made Demi Lovato propular. Super Bowl LIV begins on Sunday, February 2, at 6:30 p.m. EST.