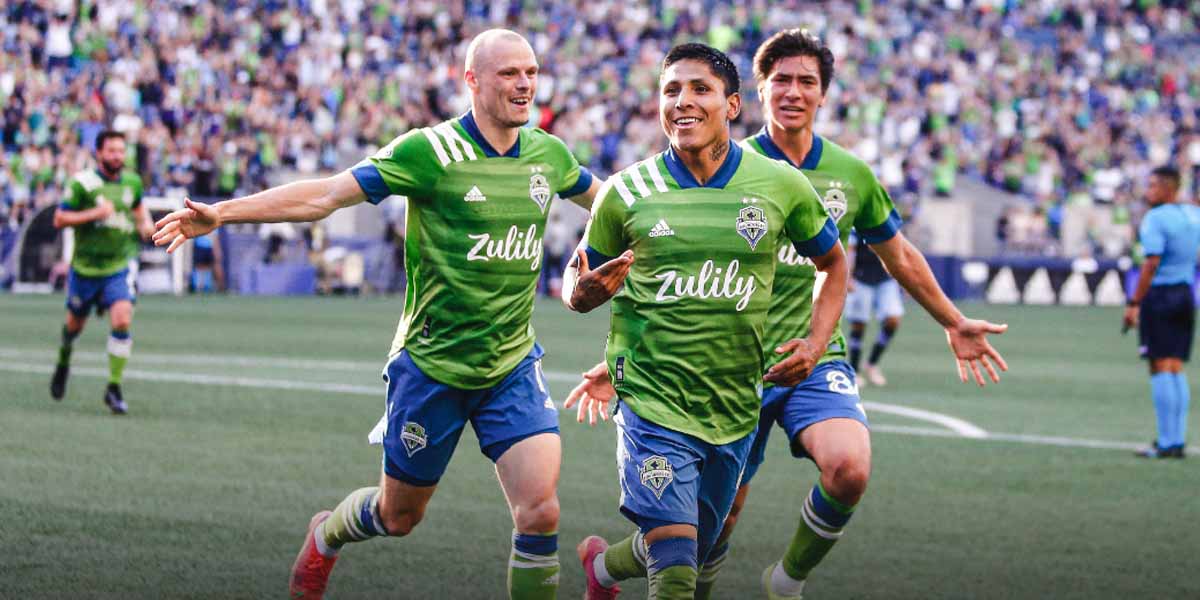 The Seattle Sounders now have +1600 odds to win the MLS Cup.
They entered the season with far shorter odds, and had +650 odds in February.
The loss of João Paulo has hurt, but the team still has real potential as an underdog wager.

The Sounders have won five games, lost six, and have one draw, which is good for 12th place in the Western Conference.

Over the same time period, Western Conference leading LAFC has seen their odds move from +800 to +500.

The Absence Of João Paulo

The Sounders have been without João Paulo, who is the battery that makes their entire offense run.

The 31 year old Brazilian midfielder tore his ACL and will be out for the remainder of the MLS season.

His replacement is a 16 year old freak of nature, Obed Vargas, who has filled in admirably – the Sounders are 3-2 in the MLS since the injury.

However, Vargas could end up missing two matches in the near future, as he will join the USA U20 squad if they make the quarterfinals of the CONCACAF U20 Championships.

Are The Sounders Underrated?

The Sounders’ +1600 odds might seem fairly short for a team in twelfth place, but there’s a lot of room to grow for this team.

Vargas is an obvious key player, and his upside seems unlimited, but there are obvious issues with betting on a team that is putting so much on the shoulders of a 16 year old.

Still, the Sounders, despite being in 12th place, are actually only two points out of the playoffs – they’re absolutely in the hunt still.

There’s a reason they were expected to be a dominant team by the online sportsbooks – they have the talent, the coaching and the pedigree. With time, players like Vargas could take the team farther than expected.

The question is whether or not they’ll have that time – or that opportunity.

The Western Conference leading LAFC visits Seattle on June 18, and that matchup could be a bellwether for Seattle’s season.

If they can play LAFC close, it shows the potential they have to be a legitimate squad this year, even without Paolo.

That might be a good time for soccer betting fans to jump on their odds, although their +1600 odds right now are tempting purely due to length.

Remember, this team just won the CONCACAF Champions League. They’re only two points out of the playoffs. They have a real shot at making a Cinderella run if they do.