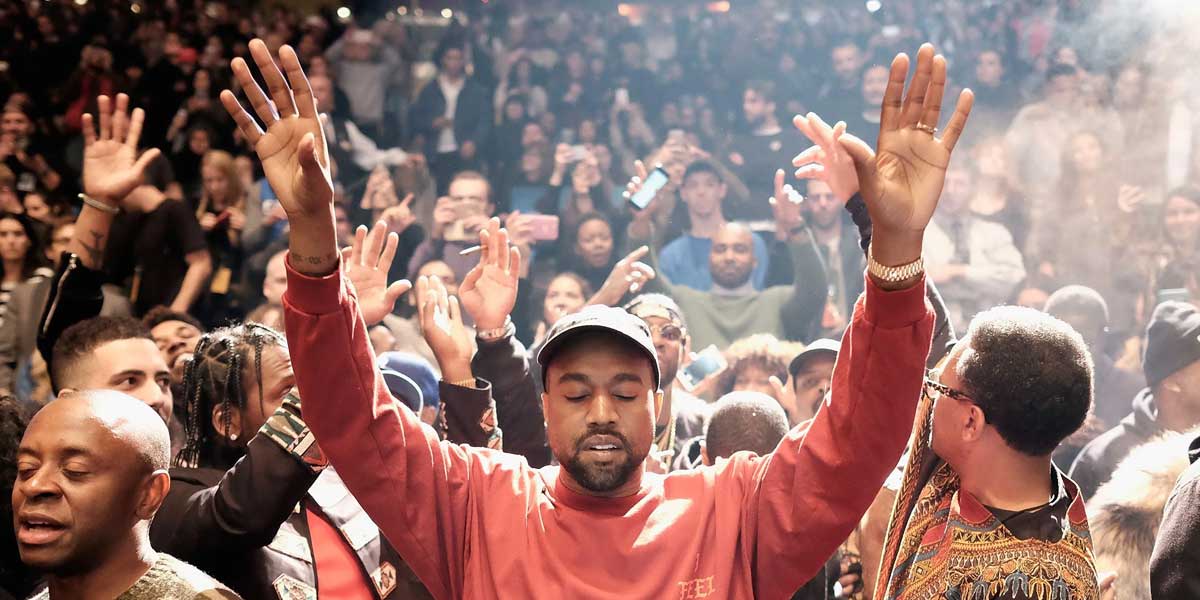 LOS ANGELES – Where will Kanye West spread the good word of the Lord next? Bovada Sportsbook has listed a prop bet asking that very question. Bettors can place their wagers on the destination they believe to be correct. The choices include Elevation Church (-115), Rock Church (+170), and Hillsong (+400). Elevation Church is a megachurch with multiple locations and online streaming of their services available to everyone. They have a headquarters in Matthews, NC where it all began, and are the frontrunner for the next venue on the Kanye gospel tour.

Beginning in 2019, Kanye West has been leading gospel services at different locations within the United States. His wife, reality television celebrity and cosmetics mogul Kim Kardashian sat down with “The View” in September and discussed her husband’s transition to gospel services.

"Kanye started this, I think, just to heal himself," said Kardashian. "It was a real personal thing, and it was just friends and family, and he has had an amazing evolution of being born again and being saved by Christ. People always ask, 'Well, what are you worshiping?' Or, 'What is this?' It is a Christian service, like a musical ministry. They talk about Jesus and God. For the most part, it's just a musical ministry. It started off healing for him and it's become something that he really wants to share for everybody else."

On November 17, West attended Joel Osteen’s Lakewood Church in Houston where he performed for a packed house of 16,000. He sang a different version of Destiny’s Child’s “Say My Name,” by making the lyrics into “Call His Name” and a variety of other religious songs. Tickets were required to attend the services but they were free of charge. People trying to sell their tickets had them listed online for $250 each.

West plans to continue his tour of churches across the U.S. There is no set schedule as to where he will end up on any given Sunday. Even some services have been known to happen on days other than Sunday. Various US sportsbooks agree that no matter which church is next on the list, it will definitely be a megachurch. Kanye West brings in the crowds wherever he spreads the good word.