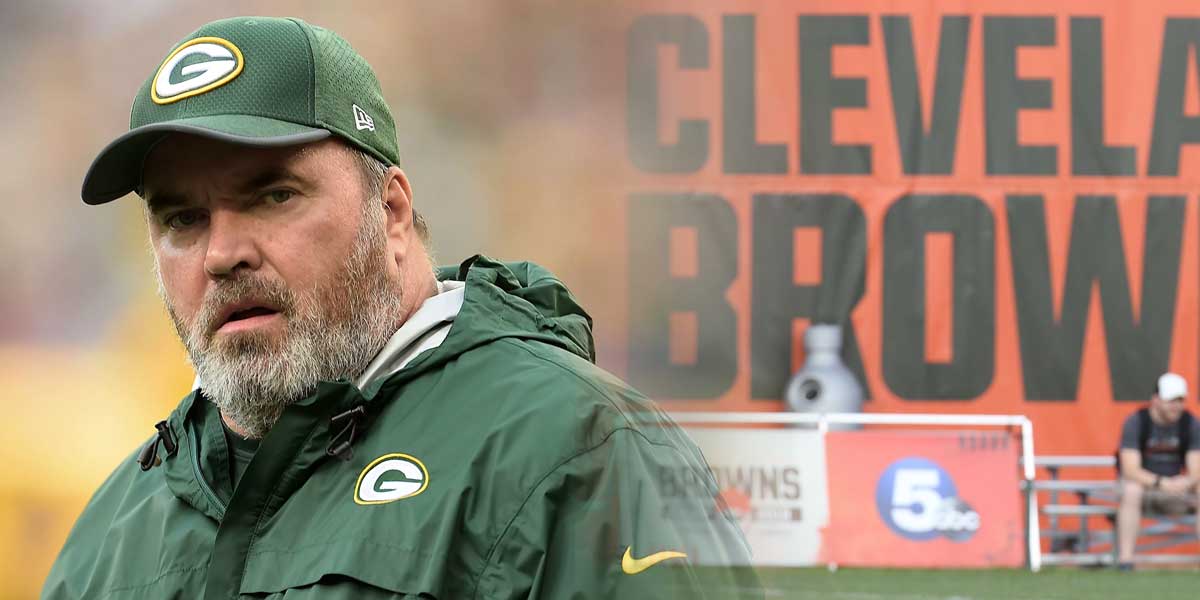 CLEVELAND – Will Mike McCarthy be the next head coach for the Cleveland Browns? Sportsbooks have the former NFL coach favored for the position. The Browns fired head coach Freddie Kitchens after one year in the position with the team, ending the season with a record of 6-10.

Cleveland didn't waste any time on Kitchens, having fired him after his first year as a head coach in the NFL. McCarthy was the head coach for the Green Bay Packers for 13 seasons before being fired in 2018. He has not been employed since his termination.

According to USA sportsbooks, his odds of becoming the new man in Cleveland are the most favorable in terms of his competition.

McCarthy is a veteran coach with a 25-year resume of employment by the NFL. He also has a Super Bowl win from 2011 during his time with the Packers. Cleveland is looking for a veteran to head up their team in 2020 after taking a chance on a rookie in Freddie Kitchens this past year.

The Cleveland Browns Or The New York Giants

Both the New York Giants and the Cleveland Browns are in need of head coaches due to each franchise firing theirs in the last 24 hours.

The Giants and Browns, who have fired their head coaches within the past 24 hours, still could be making more changes, per league sources. The new head coach in each city is expected to have input on whether the general managers there stay or go. Front office situations fluid.

Although sportsbooks have named McCarthy as the Browns' next head coach, nothing definitive has been said by the organization.

In the meantime, the New York Giants are still in search of a coach and McCarthy’s name has been tossed around. The Giants are looking for a seasoned coach to lead their team in becoming a Super Bowl contender in the future.

After firing Pat Shurmur who had a 4-12 season, there was talk about both McCarthy or Ron Rivera taking the job. Rivera has strong ties to the New York Giants franchise and was thought to be the top choice.

However, he has just been named head coach for the Washington Redskins. This moves McCarthy to the top of the list for the Giants, begging the question, will it be the Cleveland Browns or the New York Giants to sign McCarthy?

Ron Rivera And The Redskins

Ron Rivera was fired earlier this month by the Carolina Panthers because of his 5-7 record for the year.

When he was brought on in 2011, he was able to turn the team around and sign their star player, quarterback Cam Newton. He also took the Panthers to the Super Bowl in 2016.

But after nine seasons with the team, they wanted a structural change starting from the top which meant Rivera had to go. The Redskins are hopeful that they can bring their team back from the bottom with the help of Rivera.

Washington had a record of 3-13 for the 2019 season. NFL teams are in need of new coaching staffs for their 2020 seasons, and no matter the outcome of where that team might be, odds are that Mike McCarthy will be seen back on the sidelines next August.