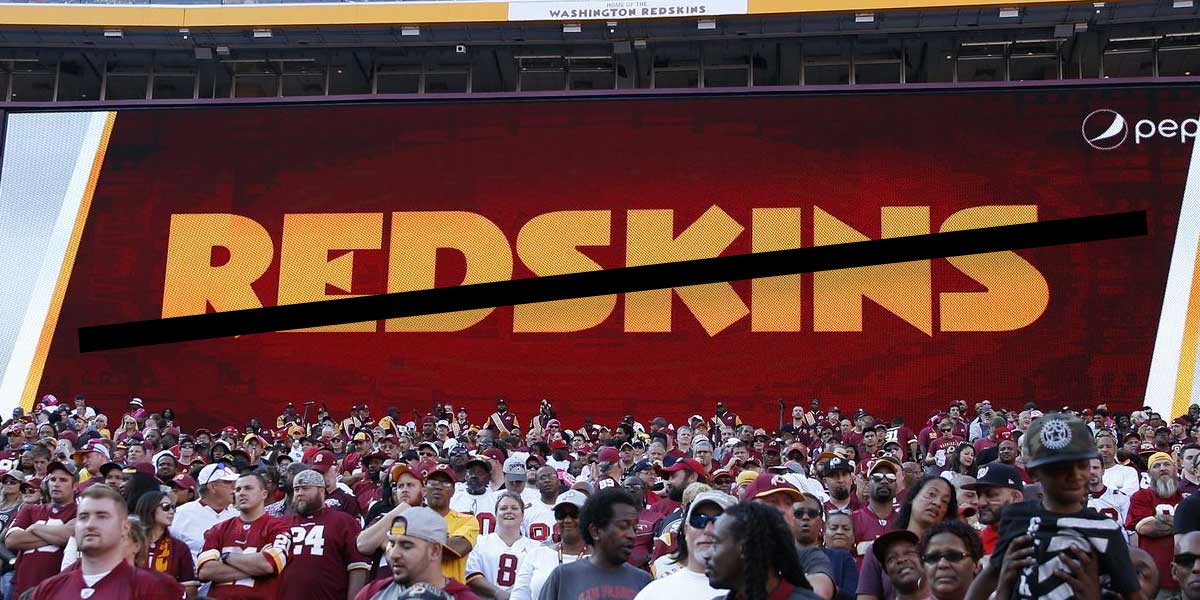 WASHINGTON, D.C. – The Washington Redskins and the Cleveland Indians are mulling over the idea of changing their team names with the Redskins further ahead in the thought process.

Sports bettors can wager on what the new name for Washington could be as the wager has been listed on various sports betting platforms.

Due to the current events happening in the United States, the monikers of these organizations are being deemed offensive and name changes are being considered in order to right the wrongs of any social injustices the present names may be promoting.

Two bets are posted on online sportsbooks like Bovada that are Washington-centric for names. Those working within the Redskins organization are hoping to have the name changed quickly, so quickly in fact that they’d like to see the 2020 season kick off with a new mascot branded on players’ jerseys. Head coach Ron Rivera is one of those people.

“If we get it done in time for the season, it would be awesome,” said Rivera.

He went on to say that there are two names that are being thrown around but no choices have been made yet.

While Rivera and other people with the team’s personnel want a new team name for 2020, that may be a tall order as a lot goes into changing everything connected with the franchise, having been known as the Redskins for almost 90 years now.

The wagers listed are for the 2021 season. Betting on the outcome is most definitely that of a Futures Prop bet for the National Football League. These kinds of bets can be found by gamblers as part of the specials offered at online sportsbooks for the NFL or other sports categories for those like the MLB in regards to the Cleveland Indians.

"What Will Be The Official Name Of The Washington NFL Team For Game 1 Of The 2021 NFL Regular Season?"

"What Will Be The Official Name Of The Washington NFL Team For Game 1 Of The 2021 NFL Season?"

Never say never. Seven years ago, the majority owner of the Washington Redskins, Dan Snyder told the media that his team’s name would never be changed.

But here we are even with the caps used in 2013, talking seriously about new names. The top two names being considered as mentioned by Rivera are not being told to the public. If sportsbooks have any inside information on the issue, those names are likely to be the Warriors or the Red Tails as they are the top two favorites.

The first preseason game for the Redskins is on August 15 when they face off with the Tennessee Titans. This gives the Washington organization a little over a month to make a change.