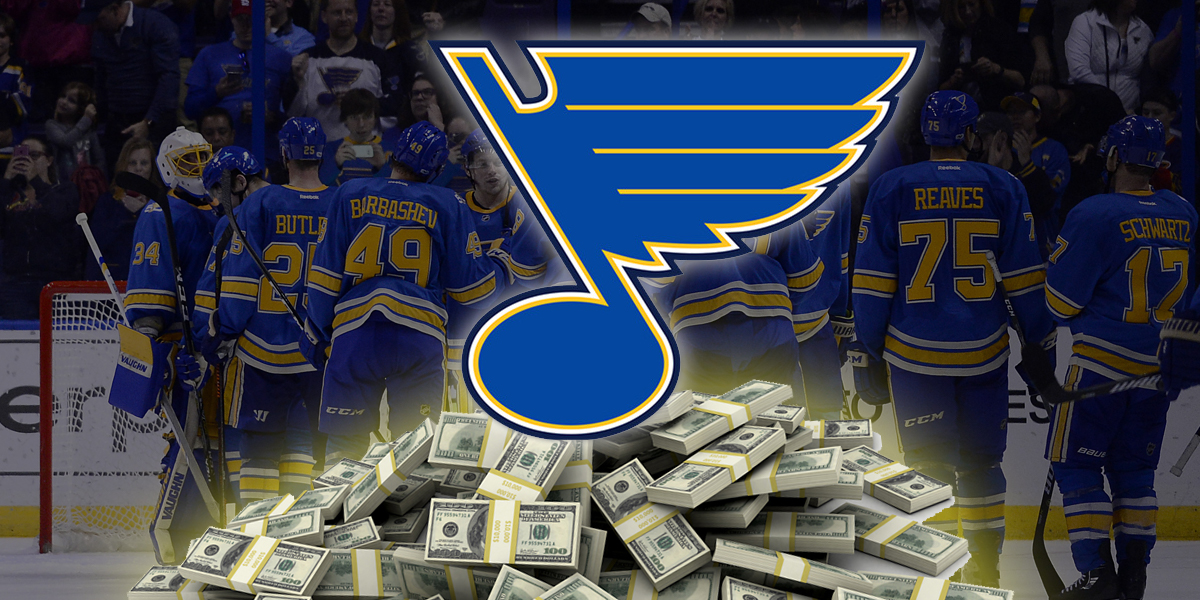 SAINT LOUIS – Betting on sports can be a frustrating hobby as the unthinkable can occur in the blink of an eye. Bettors live on these changes, attempting to find odds worth taking in the process.

For one Saint Louis sports bettor, the unthinkable is about to become a reality. On a business trip to Las Vegas in early January, Scott Berry decided to make a switch to his gambling plans.

Instead of using the $400 he had set aside for casino gambling, Berry instantly changed his mind, when walking past a sportsbook offering 250-1 odds on his hometown hockey team to win the Stanley Cup.

"Preseason, I knew they had a good squad," Berry told ESPN’s Ben Fawkes."But I'm no pro.

At the time of the wager, the St. Louis Blues had a 21-22-5 record and were at the bottom of their division. That didn’t stop Berry from having confidence in his longshot wager.

The timing was of utter importance, as the Blues ripped off an 11-game win streak and now have clinched their first Stanley Cup Final since 1970. All of these factors give Berry the opportunity to become $100,000 richer.

USAOnlineSportsbooks.com learned that betting ticket exchange website, PropSwap has seen bettors offer Berry up to $40,000 to cash in early on the ticket by selling it. Berry rejected the offers, which included ones of $12,000, $20,000 and $30,000.

“Only offer I will accept is the Stanley Cup [parade] down Market Street,” he said.

Berry even took it as far as saying he would be more upset if the Blues lost the Cup than if he lost the chance at $100,000.

“I can’t say that enough. We've had heartbreaks over the years and decades.”

Berry plans on helping friends and family pay off debt, while also donating some of the potential winnings to charity.

One friend he may not need to help out, though. On the same trip, Berry convinced his buddy to lay $200 on the Blues to win the Cup. What’s another $50,000 to the Blues fandom?