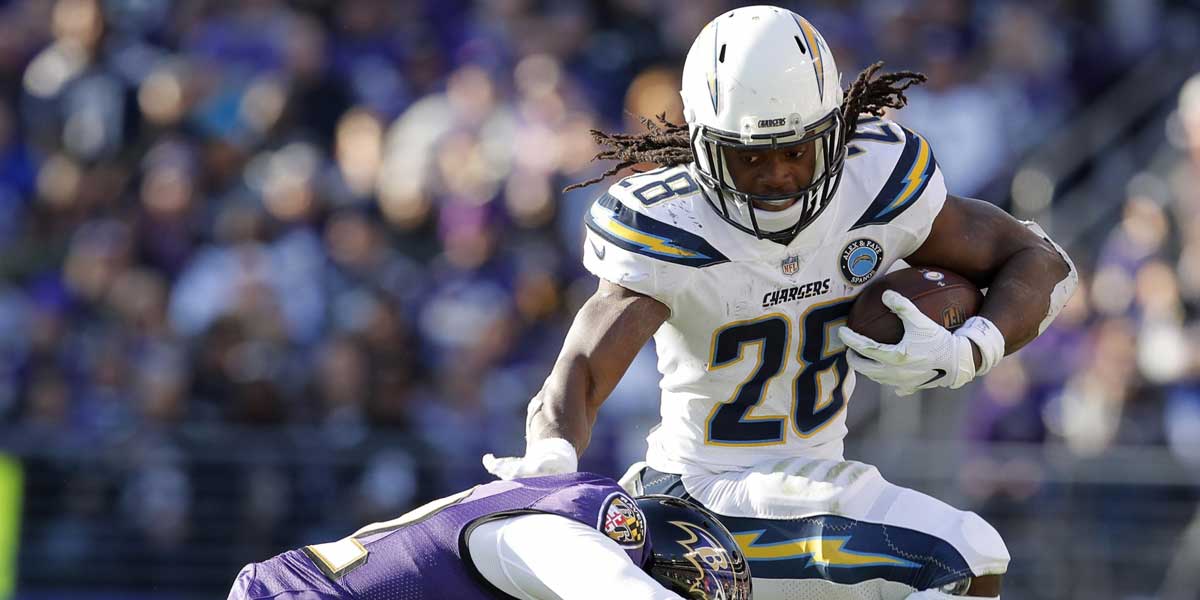 TALLAHASSEE, Fla.- Running back Melvin Gordon, 26, has not yet found a compromise when it comes to his salary with the Los Angeles Chargers. Gordon did not participate in training camp and has been gunning for a revision in his contract since July. His current salary for the season would total $5.6 million but Gordon wants a raise. Should the Chargers refuse to offer him one that he believes is satisfactory, he would like to be traded. Until then, his plan is to continue to sit out of all team activities.

Initially, Los Angeles offered Gordon somewhere between $10 and $11 million for the final year of his rookie contract. This would have doubled his current salary for the year, however, Gordon rejected their offer. Had he taken it, he would’ve been ranked in the top five running backs with the highest salaries in the NFL. Gordon will continue to holdout from playing with the Chargers until he is given an outcome he is pleased with.

"Oh, he's prepared to sit," said agent Fletcher Smith. "We'll take it day by day, week by week and see how things go, but at this time, if he can't get anything done, he certainly won't be in training camp, and he's prepared to sit as long as he has to."

Gordon had a great season last year, with an average of 5.1 yards per carry for a total of 885 rushing yards. He also placed 5th in the NFL for touchdowns with a total of 14. Having had such great statistics behind him, he decided he deserved a raise for his efforts.

If Gordon continues to sit out, he has until week ten to suit up and play for the Chargers and still have it count towards the remainder of his rookie contract. Should he decide not to play at all, he will still be held to the original deal and will owe the Chargers one year of playing time at the same pay rate of $5.6 million. USAOnlineSportsbooks.com thinks it is unlikely that Los Angeles will be trading their star running back, whether or not he chooses to play.

“I want to end up with the Chargers. That’s my home,” Gordon said at SportsCon 2019. "Of all 32 teams, that was the team that called me. I can’t forget them for that. But it’s an opportunity right now where I know I need to take advantage of it. You know, I want to get paid... Hopefully, I end up a Charger.”

With Gordon in limbo, the Chargers have been putting their efforts into their other running backs. Head coach Anthony Lynn has been happy with the results he’s seen with Gordon’s replacements. Both Justin Jackson and Austin Ekeler have been taking great strides in training camp.

"They're working hard,” said Lynn. "Jackson is doing a good job and Austin had a couple of nice runs today. I'm really happy with the development of some of these young guys."

The Los Angeles Chargers season kicks off on September 8th at 4:05 pm ET. The Chargers are slated to win with odds of -160. The Indianapolis Colts will be entering the game with odds of +140. The game will be televised by the CBS network.