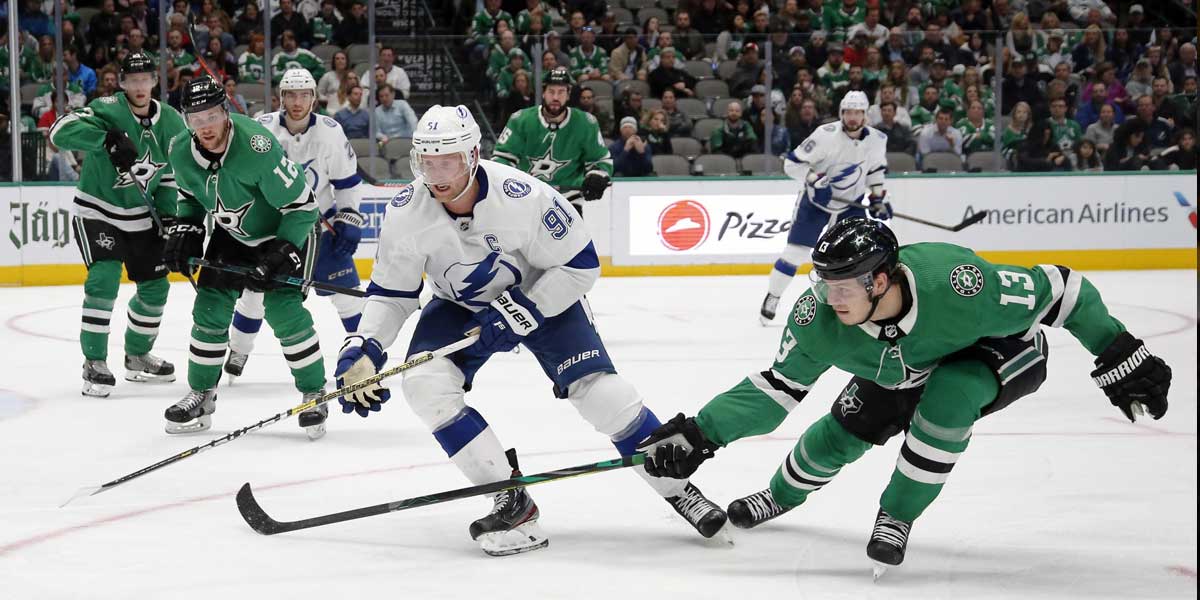 EDMONTON, Canada - The NHL Stanley Cup Finals begins on Saturday between the Tampa Bay Lightning and the Dallas Stars in the Edmonton bubble.

The betting odds and lines are posted for this Game 1 of the best-of-seven series to see which team will be the 2020 Stanley Cup Champions.

Online sportsbooks have the Lightning as the favorite to take the first game of this series after beating the New York Islanders in six games in the Eastern Conference Finals. The Stars are coming off a five-game win in the Western Conference Finals to the top-seeded Vegas Golden Knights.

Being the underdog is nothing new for the Stars as they were not favored for any game in the series against Vegas. With the team able to win in five games they were able to get more rest going into this Game 1.

The Stars are the first team in 52 years to start a Stanley Cup final with a negative goal differential (-2) as they are going against Tampa Bay’s high powered offense.

The Lightning’s offense is led by forward Nikita Kucherov who leads the playoffs in scoring with 26 points, along with Victor Hedman who has scored nine goals and 15 points in 19 games.

The Dallas defense will have to step up in this series to win which should not be too difficult since throughout the regular season they were the team to allow the fewest amount of goals-per-game in the Western Conference.

In this postseason, Goaltender Anton Khudobin has posted a .920 save percentage that has been a huge help for Dallas throughout these games.

These two teams played each other twice during the regular season and Dallas won both times in overtime. Dallas had a 45-save performance by Khudobin and two big-time goals by captain Jamie Benn to pull out those games

Dallas will have to produce how they did in those games to win in this tough matchup against Tampa Bay in this Stanley Cup series. Game 1 will be airing on NBC at 7:30 p.m EST.