Skip to content
USA Online Sportsbooks | Sports Betting | State Of The Giants: Jones, But No Barkley 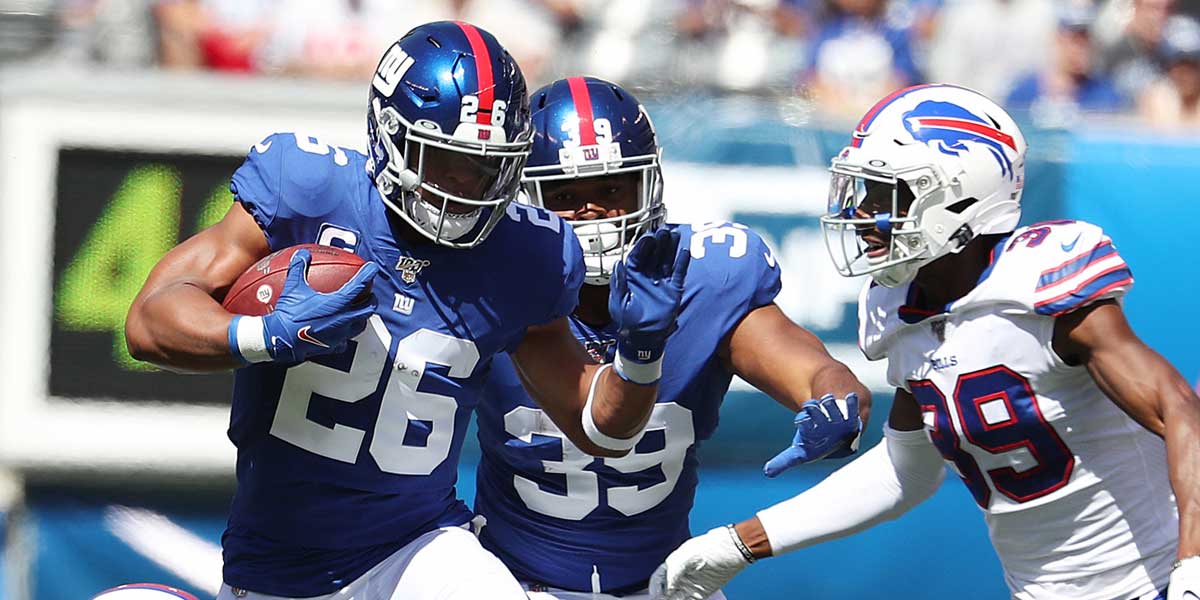 TALLAHASSEE, Fla. – The state of the New York Giants right now can simply be explained as a victorious disaster. Read that one twice. All was good and well for the Giants as they walked off the field at Raymond James Stadium, victorious after a surgical 18-point comeback at the hands of rookie quarterback Daniel Jones.

Missing in the massive upset road victory was running back Saquon Barkley, who was in a heavily wrapped boot and crutches while hobbling over to celebrate with his teammates. Earlier in the game, Barkley took a pass and bounced to the outside, only to be met by a Buccaneer defender at an odd tackling angle. The former Nittany Lion came up hobbling, and the final verdict of MRI results would later say he suffered a high ankle sprain and would be out for 4-8 weeks. Terrible news on the heels of an otherwise amazing comeback game played by the Giants.

Even without Barkley, the stellar play of Daniel Jones versus a Top 10 defense coming into the game was enough for US sportsbooks to start thinking twice about the G-Men. Entering the Week 3 matchup, the Giants were the least favored team to win the NFC East at a mere +4300 odds to take the division. As of today, New York has leaped the Redskins and even with the Barkley injury, have shortened their odds by more than half (+2000).

It will need to be known though just how much longer Jones can keep up this production and for how long. His first game as an NFL starter was a great one, but the Duke product still has a propensity for throwing turnovers. With Barkley out for at least six weeks, it will be up to Jones to carry the load offensively. The Giants play the Minnesota Vikings, New England Patriots, and the Dallas Cowboys all within the next six weeks. So, in all honesty, the rookie quarterback won’t have much of a choice.

His next test will come this Sunday against the Washington Redskins. The Giants head into the week as an early 3-point favorite with a favorable 4-8 ATS record against Washington in their last 12 matches.