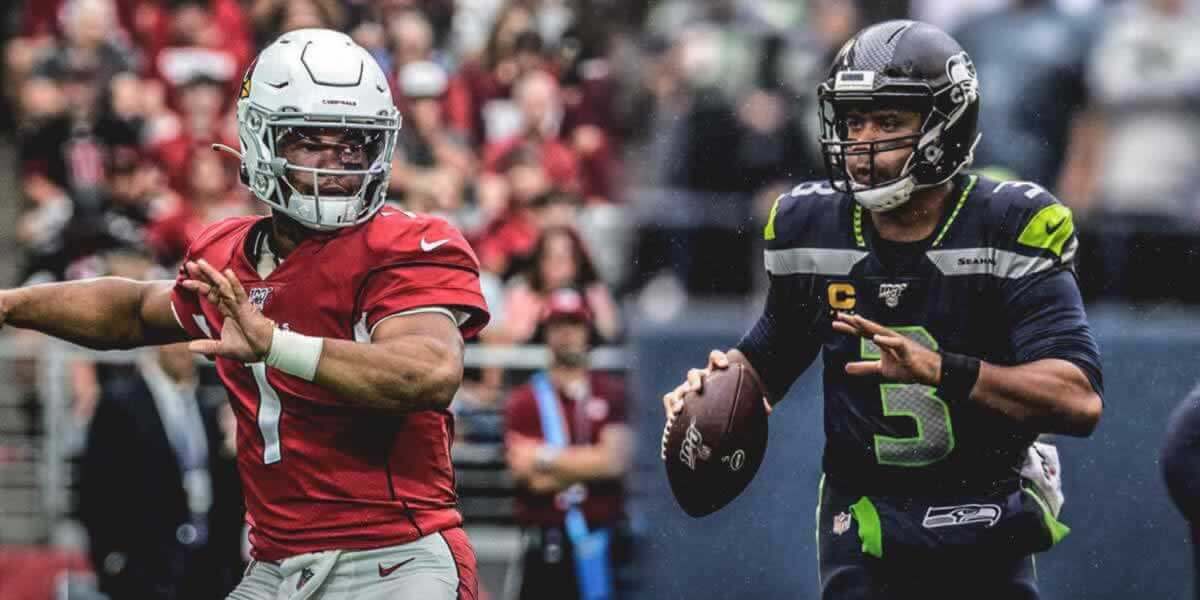 LAS VEGAS - The matchup for Sunday Night Football looks to be a spectacular one, as the Seattle Seahawks take on the Arizona Cardinals.

First up is DeAndre Hopkins’ Questionable designation, and what it could mean for the Cardinals. After that, there are some interesting statistics surrounding the passing yards Over/Unders for Russell Wilson and Kyler Murray.

DeAndre Hopkins, listed as Questionable, will be playing on Sunday night, per Adam Schefter.

Cardinals’ WR DeAndre Hopkins, listed as questionable for Sunday night due to an ankle injury, is expected to play vs. the Seahawks, per source. Hopkins being on the injury report due to his ankle, and playing, are become a weekly occurrence.

Hopkins had a poor game by his own lofty standards in the Cardinals’ last outing against the Dallas Cowboys, hauling in two receptions for 73 yards.

He was targeted eight times, but was unable to connect with QB Kyler Murray the way he had in previous games.

One wonders if this is because of the injury, or simply because Hopkins had an off day while the Cardinals were playing against a bad defense and didn’t need to rely on him.

Arizona will need Hopkins to perform tonight. His performance could effect a tempting prop bet for his QB.

Two elite quarterbacks with similar physical profiles are set to face off in this matchup. In fact, it could be argued that without Russell Wilson blazing the way, Kyler Murray might be considered too short for the NFL.

Both of them are prolific passers, as seen in their online sportsbook Over/Unders for passing yards in this game.

Kyler Murray has reached 270 yards three times this season: against the New York Jets, the Detroit Lions and the Washington Football Team.

These are three bad teams, to be sure. However, no team allows more passing yards per game than the Seattle Seahawks.

On average, the Seahawks give up 370.4 yards per game in the air, the worst in the league by far.

This is definitely something to keep in mind when wagering on this prop. However, DeAndre Hopkins’ Questionable designation is a dampening factor on this wager.

There are a lot of moving parts when it comes to this betting line, but the Seattle pass defense has been historically bad, and that’s worth taking a long look at for NFL bettors.

Wilson has eclipsed this mark three times in five games, and one of the times he didn’t hit this was when he hit 288 yards against the New England Patriots.

At this point, Wilson is matchup-proof as long as the Seahawks don’t revert to their old ways of taking the ball out of Wilson’s hands on early downs and forcing the ball up the middle.

The question is whether or not he will be able to reach an extremely lofty mark.

Arizona, on average, gives up 226.5 yards in the air. This makes them the 12th best defense in the league in terms of passing yards allowed.

The Cardinals might say that the numbers tell the story, but they might not tell the whole story.

Here’s the problem for the numbers argument: the Cardinals’ schedule so far has not included a single quarterback of Wilson’s caliber.

It’s not a surprise that those teams aren’t passing for a ton of yardage.

This is a case where it seems very possible that their averaged statistics are not a correct accounting of the quality of their defense.

The best quarterbacks they’ve played against, Jimmy Garoppolo and Matthew Stafford, were both missing major offensive weapons when they played.

Basically, they’ve gotten lucky so far. Wilson - along with DK Metcalf and Tyler Lockett - could bring them back to earth very quickly.