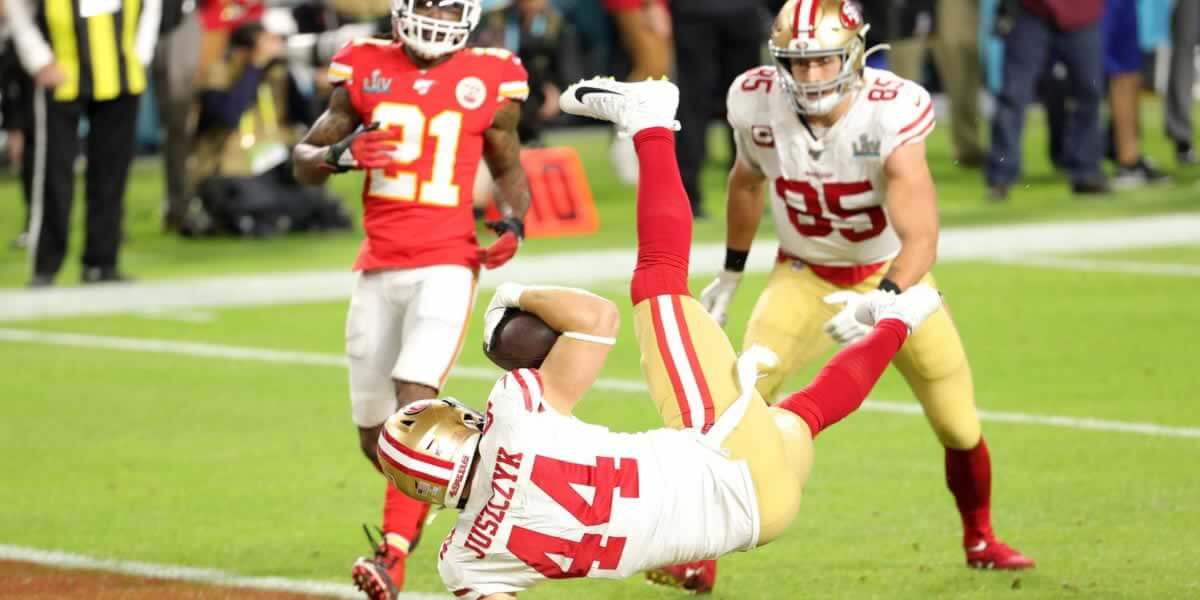 MIAMI - The first half of the biggest game and betting event of the year just wrapped up, and USAOnlineSportsbooks is here to give you the quickest and best update on all the betting lines!

Deebo Samuel absolutely exploded in the first half, perhaps the most important weapon for the 49ers during the time that has so far elapsed. Samuel entered the game +1200 to win the MVP and immediately demolished his over/under for first reception, which was set at 22.5 (-130).

Kyle Juszczyk was a huge +1800 underdog to score the first 49ers' touchdown, with good reason. The fullback is typically used in run blocking situations, not as a receiving option for Jimmy Garoppolo. However, the big man hauled in a 15-yard reception for a touchdown to tie the game up at 10-10 during the second quarter.

The San Francisco 49ers now are favored to win the 10-10 contest, -1.5 with -110 odds, after an evidently surprisingly good performance in the first half. This is a reversal of sorts, as the Kansas City Chiefs were favored by the same 1.5 before the game.

Evidently, the bettors are seeing something in how the even first half played out that is moving the lines toward the 49ers.

Similarly, given there were only 20 points scored in the first half, the over/under line has also been trending downward. Right now, it’s located at 46.5, down from 54.5 before the game started. 20 points are already on the board, so as long as the teams combine for over 27 points in the second half.