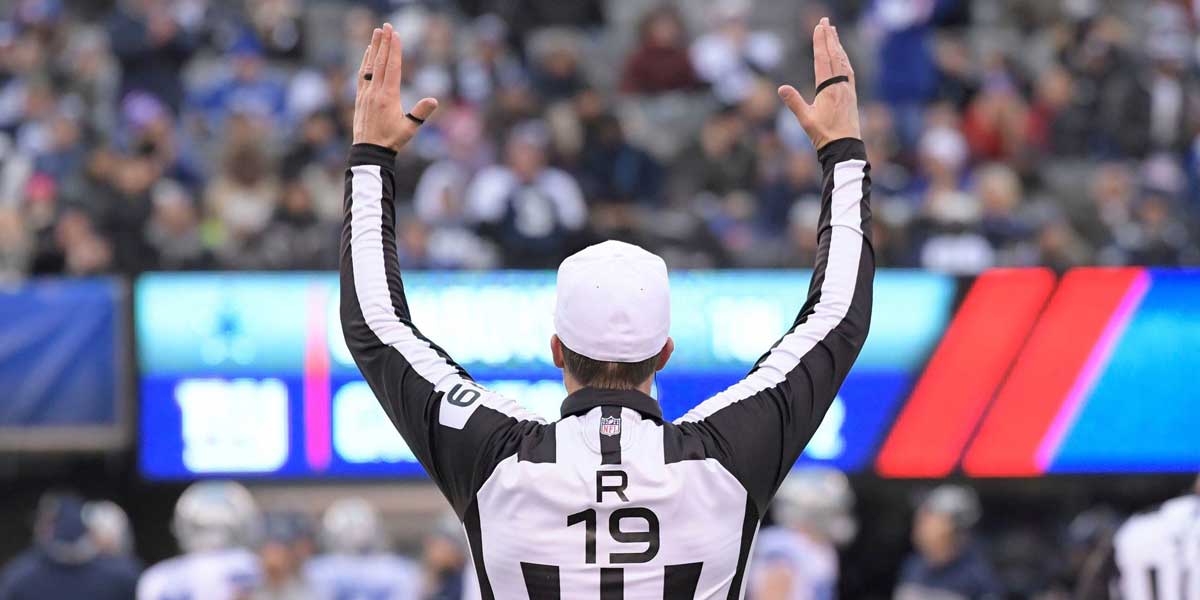 MIAMI – Super Bowl 54 will be the most anticipated game of the NFL season as the San Francisco 49ers take on the Kansas City Chiefs at Hard Rock Stadium. In what should be a tightly contested game every snap will matter, and the referees will have extra pressure on them to get every call correct.

Officiating is an important aspect of this game and its imperative that the refs rely on instant replay to confirm close calls.

USAOnlineSportsbooks has found Super Bowl 54 penalty prop bets at the leading online sportsbooks. These officiating odds allow fans to bet on the game without being concerned about which team wins or loses.

Certain online oddsmakers have the total number of penalties for Super Bowl 54 set at 12.5.

The Over on the penalties is at +130 while the under is at -150. Many will take the Under here because both the Kansas City Chiefs and San Francisco 49ers are in the bottom half of the NFL in penalties this season.

Kyle Shanahan and Andy Reid both have experience coaching in the Super Bowl which should mean that they’ll have their teams disciplined before they take the field.

The 49ers haven’t committed more than six penalties since the postseason began so taking the Under at -105 odds appears to be a safe bet. The Chiefs were penalized nine times in the AFC Championship game and the week before that they were flagged four times.

The Kansas City Chiefs led the NFL in defensive holding penalties this season with 23. They have a very aggressive secondary and could be the first team to get penalized for pass interference in the Super Bowl.