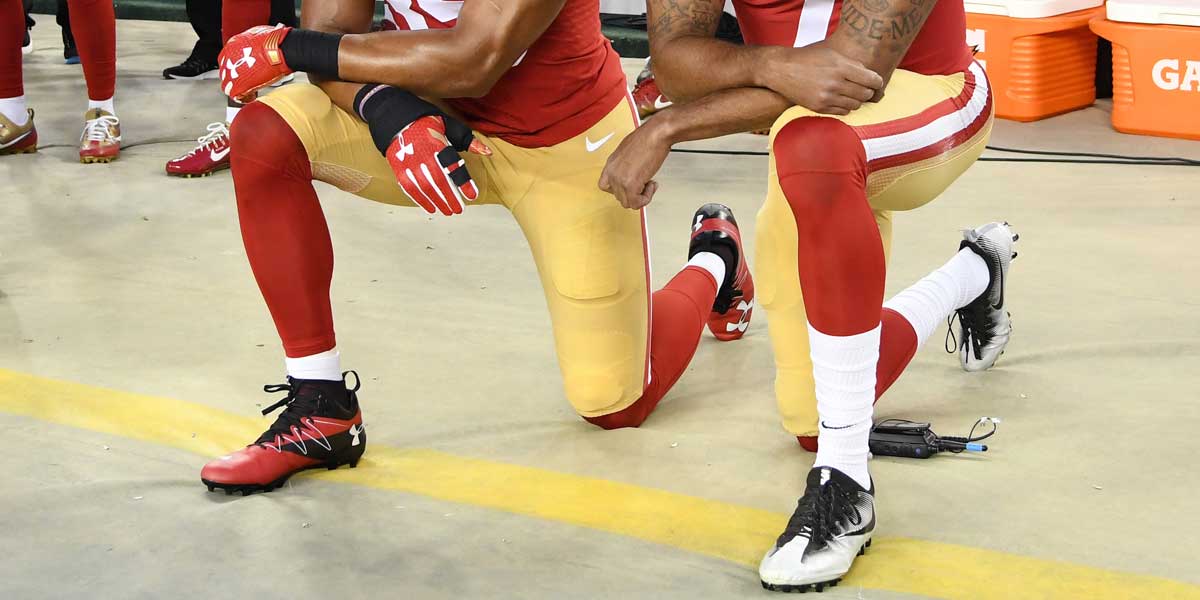 MIAMI – The NFL’s provocative national anthem player protests were a hot topic in the national media for months and even garnered the attention of President Donald Trump. In last year’s Super Bowl between the Los Angeles Rams and New England Patriots, no player kneeled during the national anthem but that may not be the case this year.

The national anthem protests were started by former San Francisco 49ers quarterback Colin Kaepernick as he tried to raise awareness on the issue of police brutality in America. Kaepernick was also the starting quarterback for the 49ers on their last trip to the Super Bowl when they faced the Baltimore Ravens in SB XLVII.

The NFL did institute a national anthem policy in the offseason of 2018 that gave teams the power to decide a player would be disciplined for protesting during the national anthem. However, a grievance filed by the NFLPA put a hold on that policy and since then the NFL hasn’t done much to address the issue.

49ers’ starting cornerback Richard Sherman has been very outspoken in his support of Kaepernick throughout the years and could be one of the players in the Super Bowl that wants to remind everyone of the original purpose of the anthem protests. What better way to do that than the biggest event in American sports?

The online sportsbook BetOnline has released two prop bets on players' actions during the national anthem.

Will a player take a knee during the national anthem?

Will a player raise a fist during the national anthem?

Sherman is the most likely player to make one of these two props hit but it can’t be ruled out that a small portion of the 49ers may kneel or raise a fist during the anthem.

To win this bet it doesn’t even have to be a 49ers player that raises a fist or takes a knee, a Chiefs player can also protest in their own way. The “Yes’ odds for both props is where the profit lies.

In order to see if these prop bets will hit be sure to turn Super Bowl 54 on before it’s 6:30 p.m. ET kickoff on Sunday.