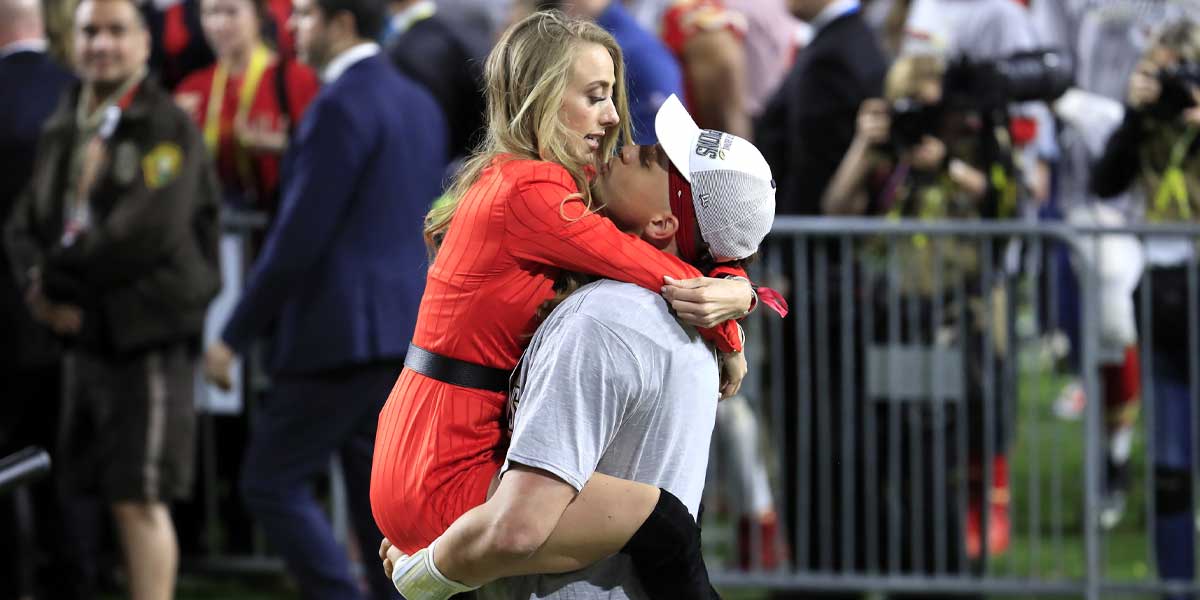 TAMPA, Fla. - With Super Bowl 55 just under a week away, NFL bettors aren’t the only ones who could have their hands full as there could be some players who are planning on proposing after the game.

Online sportsbooks currently have odds on if a player will propose to his girlfriend on the field after the game with the odds heavily favoring that there will not be a proposal.

Will Any Player Propose To His Girlfriend On The Field After The Game?

However, the odds on there being a proposal should not be counted out just yet as there are some players who could look to pop the question after the game. Before getting into the players, one thing to keep in mind is that a proposal is likely to only happen if those players are on the winning teams. With that said, the Kansas City Chiefs are the favorites to win which could set up some player proposals.

Sticking with the Chiefs, there are only two players who are public with their love life and they are Chris Jones and Clyde Edwards-Helaire. Looking at Chris Jones, he could be the bet to cash out with a proposal being that he just inked his new deal that’s worth just north of $80 million.

With that said, he is also coming off of a spectacular season and a Super Bowl win could seal the deal for Jones proposing to his girlfriend.

Another Chiefs player that could get on one knee is rookie running back, Clyde Edwards-Helaire. Edwards-Helaire has kept his love life somewhat in the dark as he and his girlfriend of seven years have only been spotted on his Instagram. However, if the Chiefs do win, this could be the time that CEH gets down on one knee as well and help bettors’ cash on this Super Bowl prop bet.

Looking at the Buccaneers players, the ones that have significant others are already married which could be a reason that the NFL odds on their not being a proposal are favored. One Buccaneers player that backs up the favored odds is Leonard Fournette who could’ve helped cash out the odds, but recently split up with the mother of his children.

That said, there is money to be made on the longer odds if the Chiefs win and Chris Jones or Clyde Edwards-Helaire decide to pop the question.